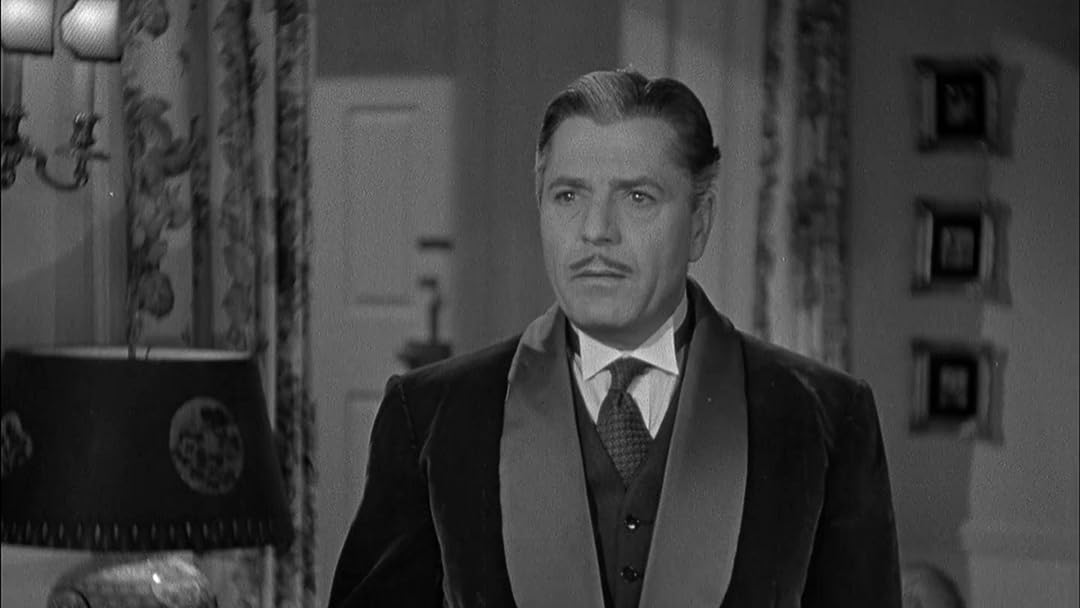 (92)
6.61 h 20 min1941X-Ray13+
A devoted governess risks everything by exposing a scheming gold-digger and revealing her own affection for her longtime employer.

TwoCentsReviewed in the United States on September 17, 2022
3.0 out of 5 stars
Who's the bad guy? *Spoiler alert*
Verified purchase
Makes for a riveting, nail biting plot. But, I found myself disliking the protagonist. In the name of protecting the people she loved, Emily lies, gaslights, and betrays her employer's trust? Again, intriguing, ... but it misses the mark. I don't think the goal was to take some of the villainy from Hester and share a little the "good witch." How can anyone trust Emily to tell the truth?

green girl 07Reviewed in the United States on November 4, 2022
3.0 out of 5 stars
An insightful, at times cringeworthy, film about poor boundaries, self sabotage and manipulation.
Verified purchase
Great actors and wonderful acting. Just a pity that the character arc and emotional depth of the two main female characters, Emily (Ingrid Bergman) & Hester (Susan Hayworth), is so cliched and one dimensional.
The script is written by two male scriptwriters William Hurlbut and Michael Blankfort and based on the novel, Legacy, by Charles Bonner.
Sadly, the female characters are weak, predictably portrayed as rivals, victims of their own choices and of each other. This is a common theme in old movies, as expected! The movie poster pretty much sums it up - a distressed looking Ingrid Bergman as Emily gazing at the seductive, predatory Susan Hayward's Hester.
This movie is a prime example of women stuck in the power over/patriarchal model where both women perceive the other as a threat almost immediately. Emily, in her need to "protect" the man she loves, chooses to self sabotage while enabling the toxic and emotionally destructive behaviour of Hester in order to not upset Adam. :( Therapy wasn't common in the 1940s, it only began to become more popular after the 1950s, and it's uncomfortably evident in this movie. The script writers grasp of the motivations and inner conflicts of Emily and Hester is raw, superficial even disturbing at times. Understanding of inter generational trauma, childhood sexual abuse and C-PTSD in war veterans was pretty limited back then and it's painfully evident in the plot, script and sub themes of so many old movies.
Enjoy this film if you love Ingrid Bergman and old 1940s movies in general. Just don't expect too much from an outdated plot where men' self-worth is measured by the behaviour and choices of the two main female characters.

sierraReviewed in the United States on November 1, 2022
4.0 out of 5 stars
Just WATCH this movie...
Verified purchase
I couldn't stand Hester/Susan Hayward but that just goes to show how great of an actress she was. Ingrid was so loyal but I think she should have just said something. This was my first time seeing this picture & it was a nail biter. I gave it four stars due to the way it ended. Ugh, I just wished it showed more of what happened with the boys. Sigh) I'll just have to use my imagination. It was a great movie to watch..
One person found this helpful

AnonymiceReviewed in the United States on January 15, 2019
3.0 out of 5 stars
Standout Performances in This WWII Propaganda Film
Verified purchase
This 1941 film has little to offer, but the women are well worth a viewing. Susan Hayward completely inhabits her bad girl character, as usual, and it is on fine display here. She was often overshadowed by her more famous co-stars but she has room to shine here and Ingrid Bergman is very generous in sharing the spotlight. Bergman is perfect as always, if not a bit over the top, but you have to consider the melodramatic times (into the 60s, actually). I love her physicality, something all great actors are born with. Her body often tells you as much as her face or voice. Former glam silent film star, Fay Wray, is enticing as the old dowager and adds some greatly needed relief to this film. And a radiant and charming15yr old June Lockhart, in her 3rd outing, rounds out the femmes in this wartime nostalgia (set around a 'harmless' WWI), ridiculous rah rah America film.

AR32X4Reviewed in the United States on January 7, 2019
4.0 out of 5 stars
Susan Howard was something else!!
Verified purchase
The Timid, Mild-Mannered disposition of Ingrid B was interesting to watch. Susan H was portrayed as a deceptive vixen, that was in need of a good slap across the cheek (good acting). I did feel the movie skipped around and jumped a bit to far in future timelines without proper character development of the boys. The building of the boys relationship towards each as children and their relationship with their governess could've been better flushed out. However, it is a good movie to watch.
One person found this helpful

Flor Suarez Tilden/Flor de Maria SuarezReviewed in the United States on September 5, 2021
5.0 out of 5 stars
Superb acting of young Ingrid Bergman.
Verified purchase
A treasure of a film of Ingrid Bergman.
3 people found this helpful

AnchorbalesReviewed in the United States on May 5, 2019
5.0 out of 5 stars
This movie is a classic
Verified purchase
Movies they don't make in this era anymore. I love it. Best movie I've seen in 6 months. Susan Hayward and Ingrid together in the screen. Fabulous acting
4 people found this helpful

Daniel G. BerkReviewed in the United States on September 14, 2000
5.0 out of 5 stars
Warm Family Story
Verified purchase
While this film may be predictable as to its events and conclusion, it is a warm and enjoyable film to watch. After the death of his wife (Fay Wray), a father (Warner Baxer) raises his four sons with the help of a devoted governess (Ingrid Bergman). When one of the sons marries, it is to an evil shrew (Susan Hayward), and the battle between good and evil, Bergman and Hayward, is joined.
Bergman and Hayward turn in memorable performances. Also watch for a sweet performance by a young June Lockhart.
18 people found this helpful
See all reviews
Back to top
Get to Know Us
Make Money with Us
Amazon Payment Products
Let Us Help You
EnglishChoose a language for shopping. United StatesChoose a country/region for shopping.
© 1996-2022, Amazon.com, Inc. or its affiliates