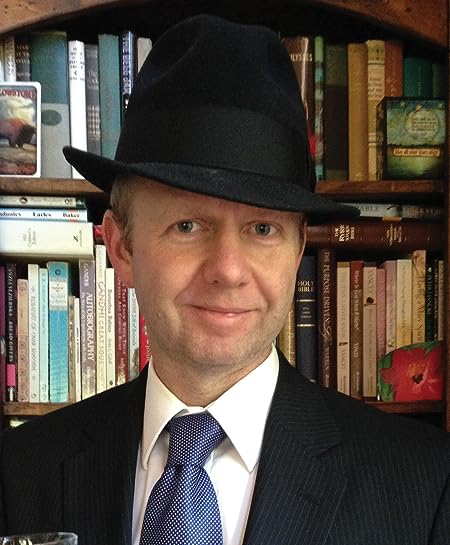 Alistair Kimble is a Special Agent with the Federal Bureau of Investigation, working a variety of matters over the course of his career. He currently processes crime scenes as a member of the FBI Denver's Evidence Response Team. Alistair served in the U.S. Navy where he dangled from helicopters while performing search and rescue operations as well as mission support for NASA projects such as the Mars Pathfinder, space shuttle recoveries at Edwards AFB, and X projects like the X-36 tailless fighter.

Iron Angels, an urban fantasy detective novel, co-written with Eric Flint (author of the bestselling 1632 series), was chosen by Publishers Weekly as one of its top 10 science fiction, fantasy & horror picks for the fall of 2017 and was released on September 5th 2017 from Baen Books.

Alistair's short fiction can be found in the Fantastic Detectives edition of the Fiction River anthology series, edited by Kristine Kathryn Rusch, and volumes 44 & 47 of the Grantville Gazette. 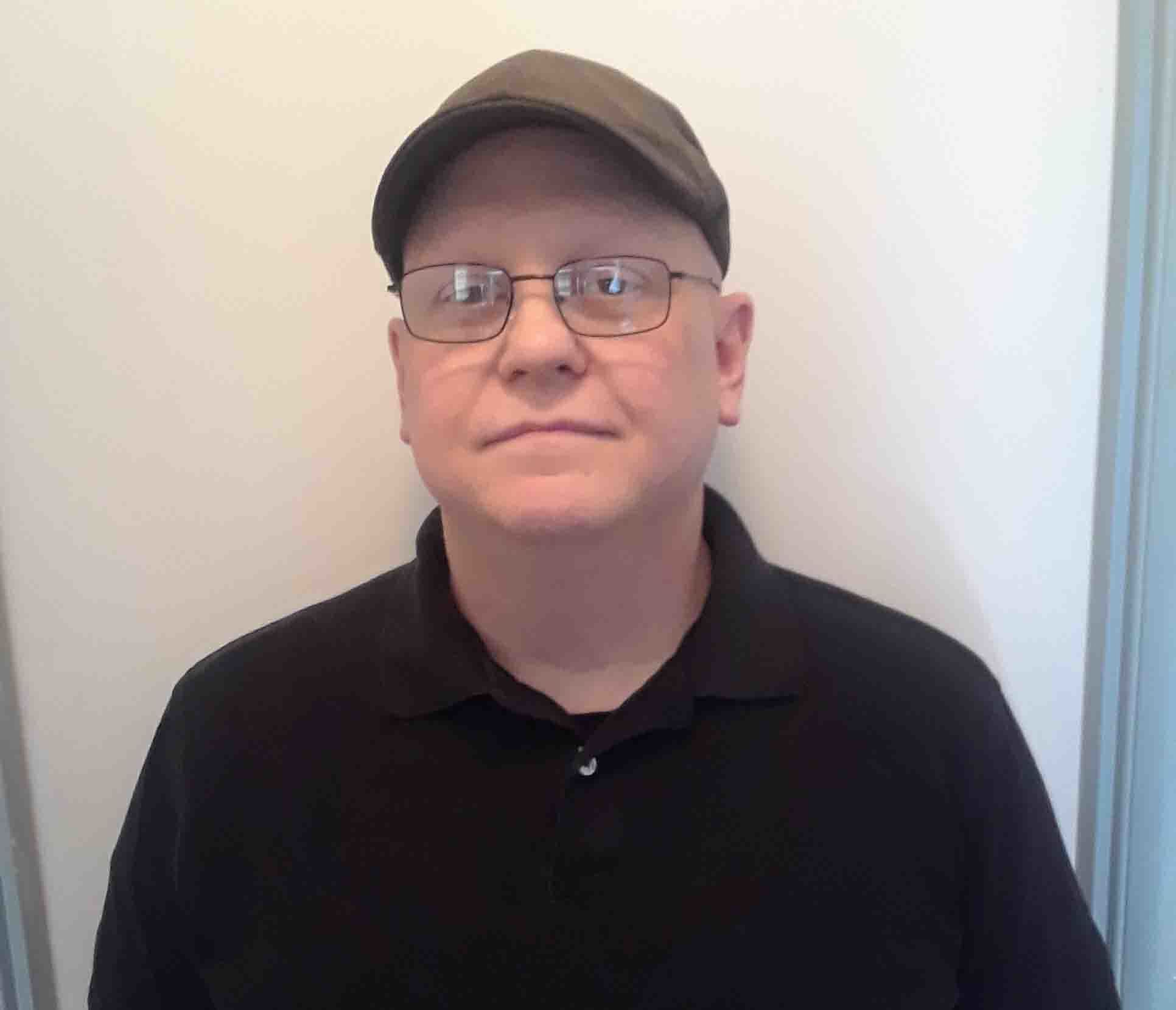 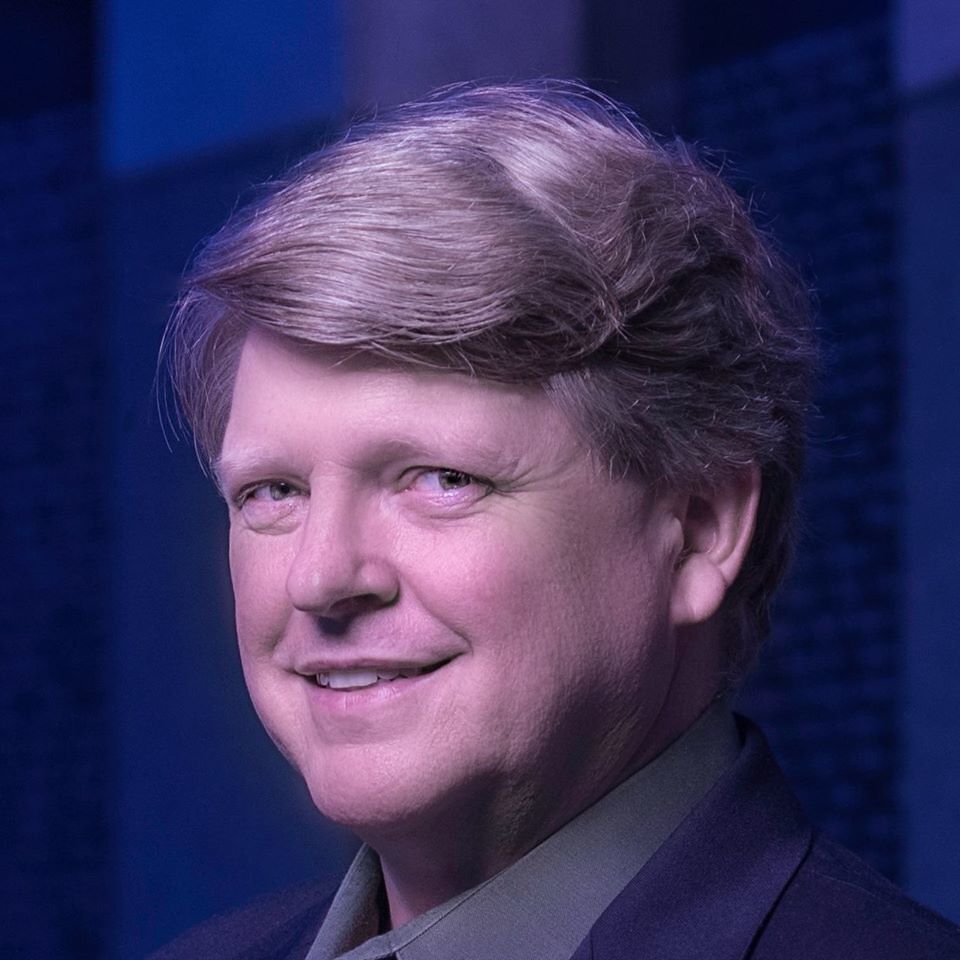 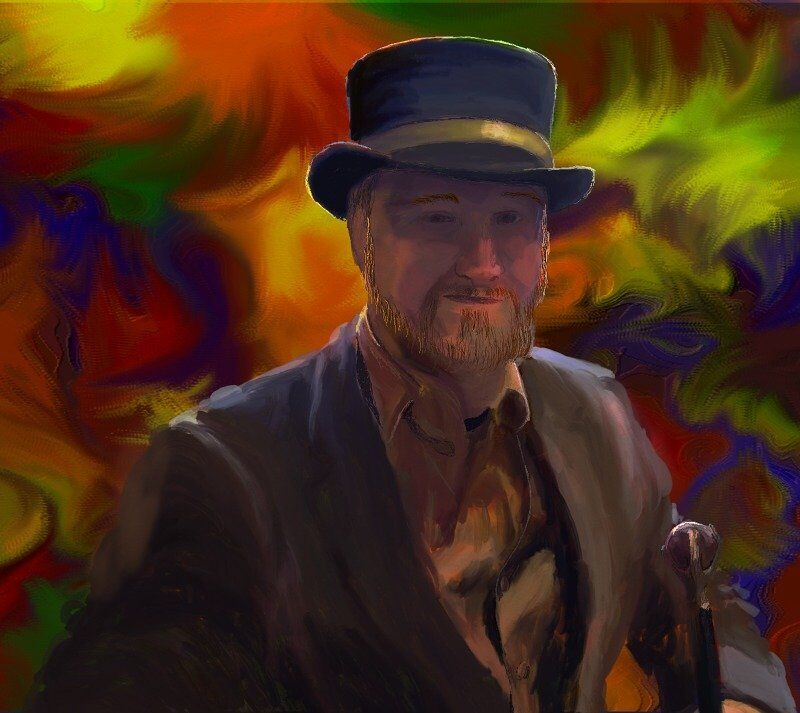 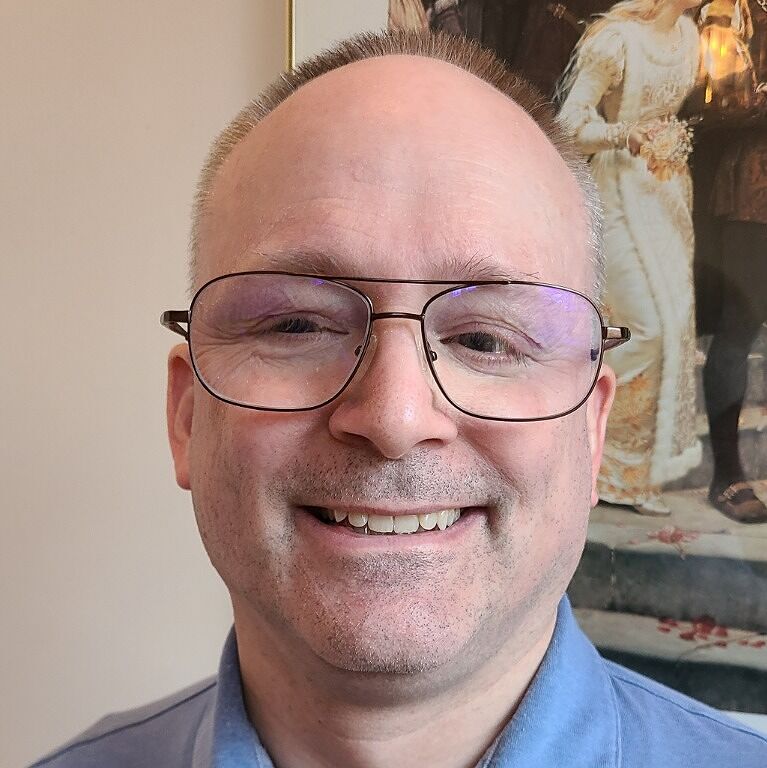 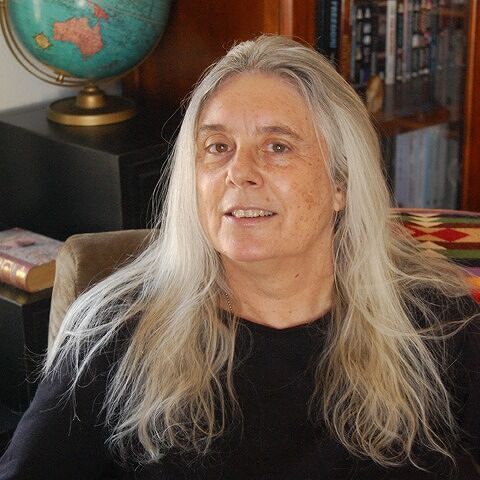 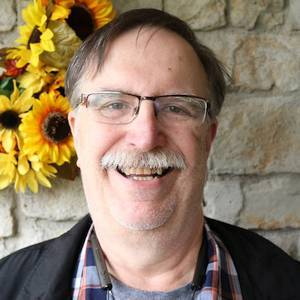 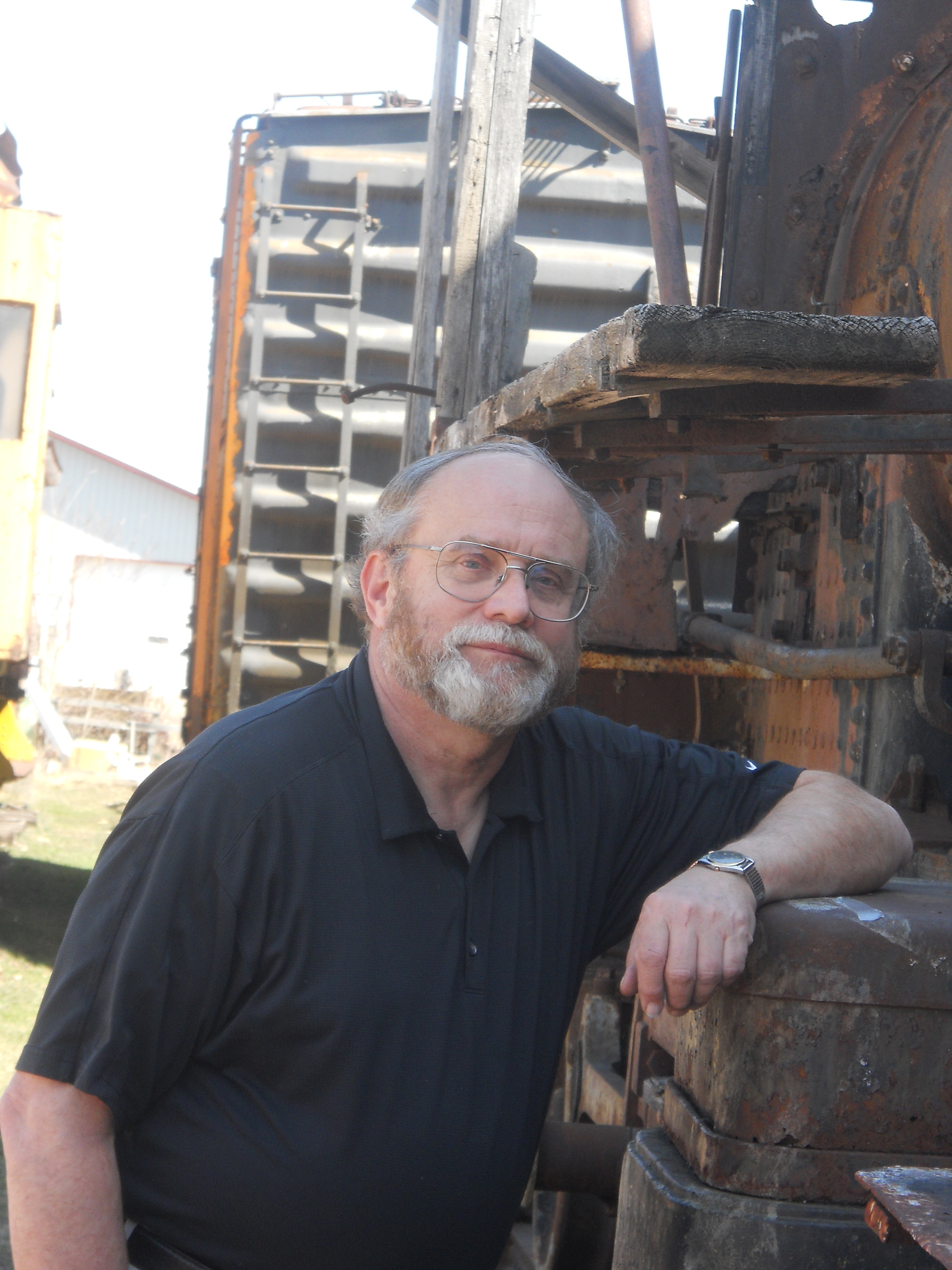 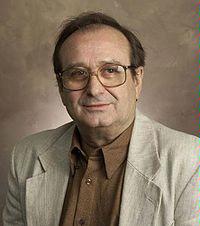 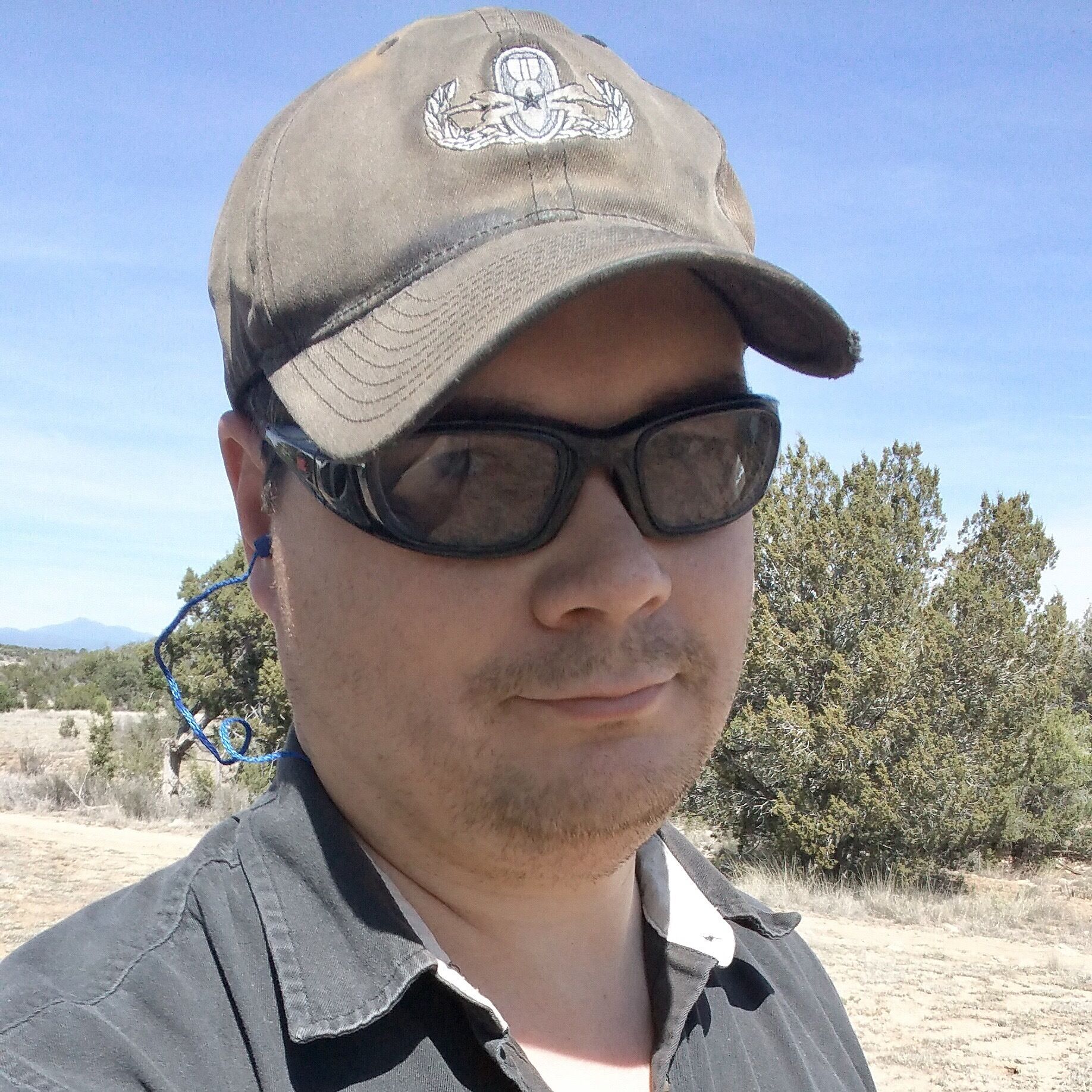 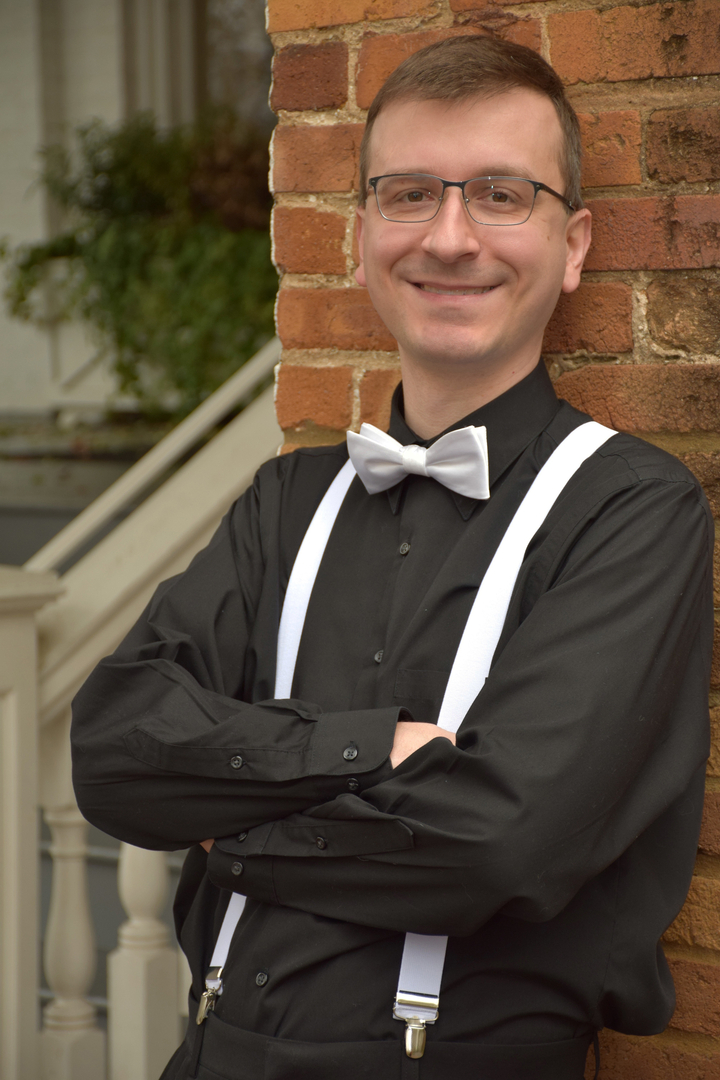 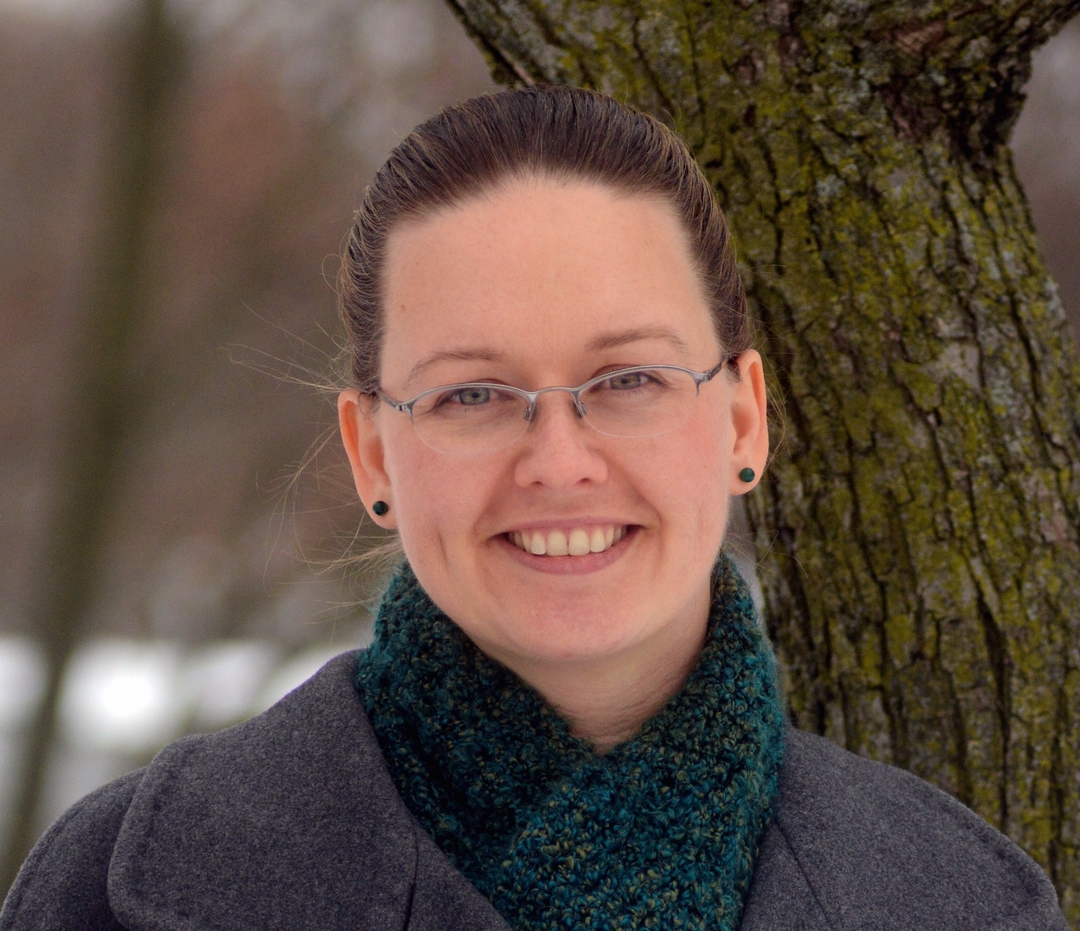 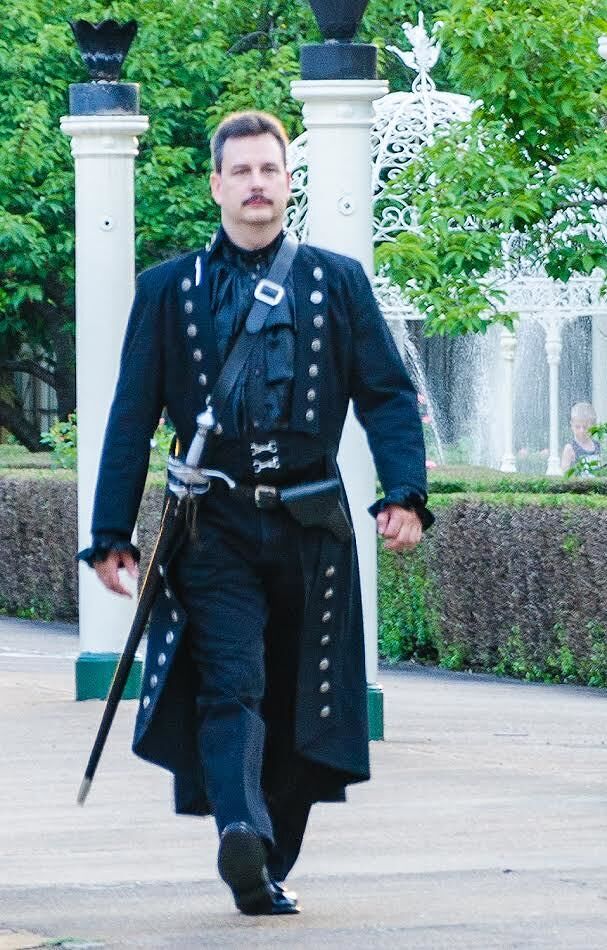 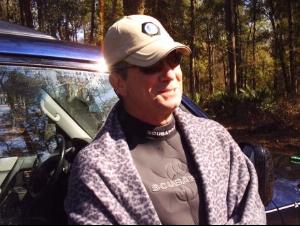 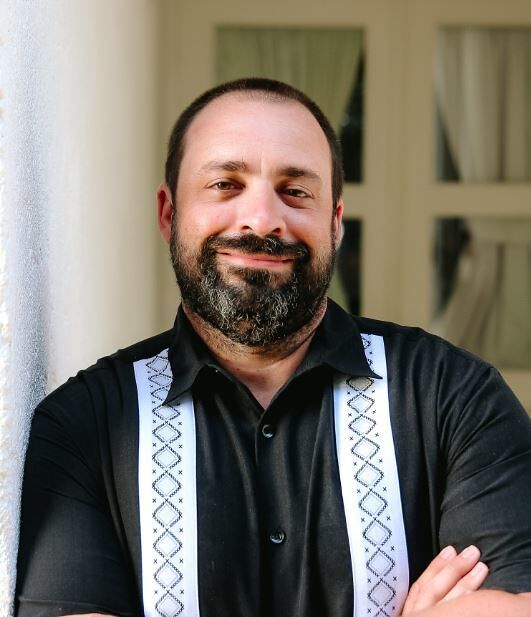 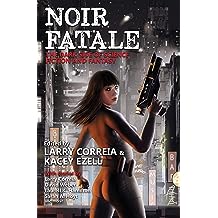 The silky note of a saxophone. The echoes of a woman’s high heels down a deserted asphalt street. Steam rising from city vents to cloud the street-lit air. A man with a gun. A dame with a problem . . .

From the pulpy pages of Black Mask Magazine in the 1920s and 30s, through the film noir era of the 1940s, to today, noir fiction has lured many a reader and movie-goer away from the light and into the dark underbelly of society. Names such as Raymond Chandler, Dashiell Hammett, and James M. Cain; titles like The Big Sleep, The Maltese Falcon, The Postman Always Rings Twice . . . these have inhabited our collective consciousness for decades. Humanity, it seems, loves the dark. And within the dark, one figure stands out: that of the femme fatale.

Here then, Noir Fatale an anthology containing the full spectrum of noir fiction, each incorporating the compelling femme fatale character archetype. From straightforward hardboiled detective story to dark urban fantasy to the dirty secrets of futuristic science fiction—all with a hard, gritty feel.

As Raymond Chandler said, “Down these mean streets, a man must walk who is not himself mean, who is neither tarnished nor afraid.” Because, as these stories prove, doing the right thing doesn’t necessarily mean you get the big bucks or the girl. But you do the right thing anyway.

All new stories by

Larry Correia is the creator of the Wall Street Journal and New York Times best-selling Monster Hunter series, with first entry Monster Hunter International, as well as urban fantasy hardboiled adventure saga the Grimnoir Chronicles, with first entry Hard Magic, and epic fantasy series The Saga of the Forgotten Warrior, with first entry Son of the Black Sword and latest entry, House of Assassins. He is an avid gun user and advocate and shot on a competitive level for many years. Before becoming a full-time writer, he was a military contract accountant, and a small business accountant and manager. Correia lives in Utah with his wife and family.

Kacey Ezell is an active duty USAF helicopter pilot who also writes sci-fi/fantasy/alt history/horror fiction. Her first novel was a Dragon Award finalist in 2018, and her stories have been featured in Baen’s Year’s Best Military and Adventure Science Fiction compilation in 2017 and 2018. In 2018, her story “Family Over Blood” won the 2018 Year’s Best Military and Adventure Science Fiction Reader’s Choice Award. She writes for Baen and Chris Kennedy Publishing.
Read more
Other Formats: Audible Audiobook , Hardcover , Mass Market Paperback , MP3 CD 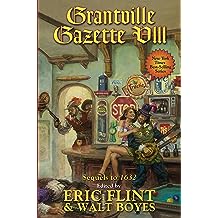 The most popular alternate history series of all continues. When an inexplicable cosmic disturbance hurls your town from twentieth century West Virginia back to seventeenth century Europe—and into the middle of the Thirty Years War—you'd better be adaptable to survive. And the natives of that time period, faced with American technology and politics, need to be equally adaptable. Here’s a generous helping of more stories of Grantville, the American town lost in time, and its impact on the people and societies of a tumultuous age.

Edited by Eric Flint and Walt Boyes, the editor of the Grantville Gazette magazine from which the best selections are made, these are stories that fill in the pieces of the Ring of Fire series begun with Flint’s novel 1632. The setting has become a political, economic, social and cultural puzzle as supporting characters we meet in the novels get their own lives, loves and life-changing stories. The future and democracy have arrived with a bang—an historical explosion with a multitude of unforeseen consequences.

“[Eric Flint] can entertain and edify in equal, and major, measure.”—Publishers Weekly

Eric Flint is a modern master of alternate history fiction, with three million books in print. He’s the author/creator of the multiple New York Times best-selling Ring of Fire series starting with first novel 1632. With David Drake he has written six popular novels in the “Belisarius” alternate Roman history series, and with David Weber collaborated on 1633 and 1634: The Baltic War and latest Honorverse series entry Cauldron of Ghosts. Flint's latest Ring of Fire novel is 1636: The Ottoman Onslaught. Flint was for many years a labor union activist. He lives near Chicago, Illinois.
Read more
Other Formats: Audible Audiobook , Hardcover , Mass Market Paperback , Audio CD 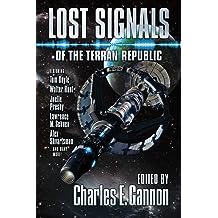 Ever-turbulent humanity has reached out to the stars and found itself challenged by several “exosapient” species whose motivations are as unusual as their physical forms. Troubleshooters like Caine Riordan must contend with both humans and aliens during this epic plunge into the high-stakes exploration, statecraft, and warfare that churn and change our post-contact world.

But no world is defined just by the characters who occupy center stage. “Lost Signals” digs deep into the lives—and struggles—of those beyond the spotlight by bringing together twenty new voices and new stories in a format that blurs the line between fact and fiction in the Consolidated Terran Republic. 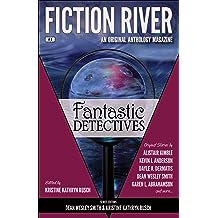 “Fiction River: Fantastic Detectives is a great read if you like to blend mystery with your fantasy. Check it out.”
—Keith West, Amazing Stories 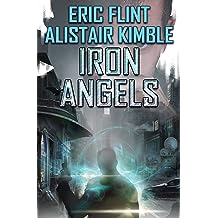 Iron Angels Sep 5, 2017
by Eric Flint, Alistair Kimble
( 40 )
$6.99
A bizarre kidnapping case leads FBI Special Agent Jasper Wilde into the mysterious world of a strange religious cult and even stranger criminals. At the scene of the kidnapping itself, a frightening apparition is seen. Then, a hideously-mutilated corpse is found nearby. Something wicked has come to the nornal-seeming Chicago suburbs.

It doesn’t take long before the FBI agents realize that something truly extraordinary is unfolding in northwest Indiana—and that, whatever it is, the area’s huge steel industry is somehow at the center.

Jasper is joined by Supervisory Special Agent Temple Black. Black has recently been put in charge of a new unit, the Scientific Anomalies Group, created to analyze and handle peculiar cases which might be on the periphery of national security.

Another cult is discovered, although this one seems to be opposed to the criminal activities taking place. Further investigation, however, just produces more in the way of mystery. The agents consult with scientists and theologians, but no one has any idea what might be producing the situation.

Until, finally, the cults erupt in open warfare. As the FBI agents race to intervene and finally put a stop to the horrors, they come to understand and accept that something very ancient and very evil has surfaced in the world—or, perhaps, something that is very, very alien.

“Another engaging alternate history from a master of the genre.”—Booklist

“. . . an old-style police-procedural mystery, set in 17th century Germany. . . . the threads . . . spin together . . . to weave an addictively entertaining story. . . . a strong addition to a fun series.”—Daily News of Galveston County

“This alternate history series is … a landmark…”—Booklist

Eric Flint is a modern master of alternate history fiction, with over three million books in print. He’s the author/creator of the multiple New York Times best-selling Ring of Fire series starting with first novel 1632. With David Drake he has written six popular novels in the “Belisarius” alternate Roman history series, and with David Weber collaborated on 1633 and 1634: The Baltic War, as well as the Honorverse series entry Cauldron of Ghosts. Flint's latest Ring of Fire novel is 1636: The Ottoman Onslaught. Flint was for many years a labor union activist. He lives near Chicago, Illinois.


Alistair Kimble is a Special Agent with the Federal Bureau of Investigation working national security matters, and processing crime scenes as a member of the Evidence Response Team. He served in the U.S. Navy, where he dangled from helicopters while performing search & rescue operations as well as mission support for NASA projects such as the Mars Pathfinder, space shuttle recoveries at Edwards AFB, and X projects like the X-36 tailless fighter.
Read more
Other Formats: Hardcover , Mass Market Paperback 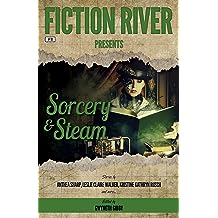