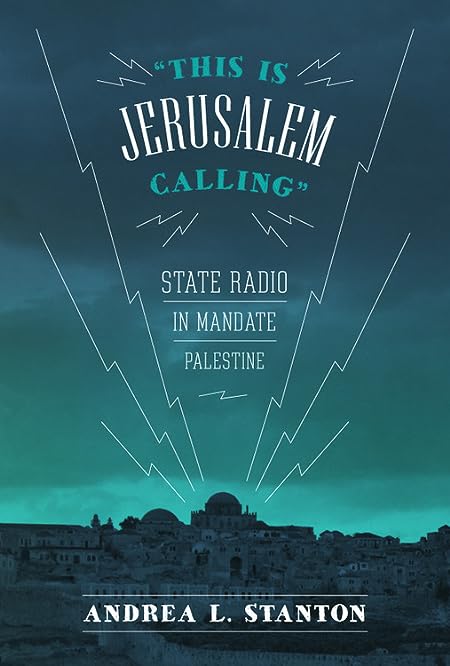 Andrea L Stanton is Assistant Professor of Islamic Studies in the Department of Religious Studies at the University of Denver and an affiliated faculty member at the University's Center for Middle East Studies, housed at the Josef Korbel School of International Studies.

Stanton serves on the Board of the Syrian Studies Association, for which she edits its bi-annual Bulletin, and as Editor of H-Levant, a scholarly list server with over 1,100 members. She has received grants from the American Academy of Religion, the United States Institute of Peace, and the Center for the Study of Jewish-Christian-Muslim Relations at Merrimack College.

Stanton obtained her BA from Williams College and her MA and PhD from Columbia University. 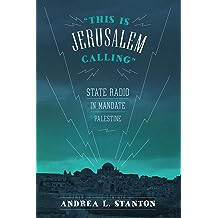 This Is Jerusalem Calling: State Radio in Mandate Palestine Sep 1, 2013
by Andrea L. Stanton
( 1 )
$2.99
“Stanton’s analysis of radio as a new tool of the colonial state contributes a great deal to studies of Mandate Palestine and imperialism.” –Journal of Palestinian Studies

Modeled after the BBC, the Palestine Broadcasting Service was launched in 1936 to serve as the national radio station of Mandate Palestine, playing a pivotal role in shaping the culture of the emerging middle class in the region. Despite its significance, the PBS has become nearly forgotten by scholars of twentieth-century Middle Eastern studies. Drawn extensively from British and Israeli archival sources, “This Is Jerusalem Calling” traces the compelling history of the PBS’s twelve years of operation, illuminating crucial aspects of a period when Jewish and Arab national movements simultaneously took form.

Andrea L. Stanton describes the ways in which the mandate government used broadcasting to cater to varied audiences, including rural Arab listeners, in an attempt to promote a “modern” vision of Arab Palestine as an urbane, politically sophisticated region. In addition to programming designed for the education of the peasantry, religious broadcasting was created to appeal to all three main faith communities in Palestine, which ultimately may have had a disintegrating, separatist effect. Stanton’s research brings to light the manifestation of Britain’s attempts to prepare its mandate state for self-governance while supporting the aims of Zionists. While the PBS did not create the conflict between Arab Palestinians and Zionists, the service reflected, articulated, and magnified such tensions during an era when radio broadcasting was becoming a key communication tool for emerging national identities around the globe.
Read more
Other Formats: Hardcover , Paperback 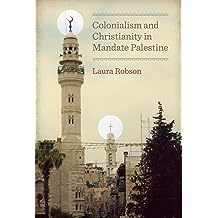 Colonialism and Christianity in Mandate Palestine (Jamal and Rania Daniel Series in Contemporary History, Politics, Culture, and Religion of the Levant) Sep 1, 2011
by Laura Robson
( 6 )
$24.99

Drawing on a rich base of British archival materials, Arabic periodicals, and secondary sources, Colonialism and Christianity in Mandate Palestine brings to light the ways in which the British colonial state in Palestine exacerbated sectarianism. By transforming Muslim, Christian, and Jewish religious identities into legal categories, Laura Robson argues, the British ultimately marginalized Christian communities in Palestine. Robson explores the turning points that developed as a result of such policies, many of which led to permanent changes in the region's political landscapes. Cases include the British refusal to support Arab Christian leadership within Greek-controlled Orthodox churches, attempts to avert involvement from French or Vatican-related groups by sidelining Latin and Eastern Rite Catholics, and interfering with Arab Christians' efforts to cooperate with Muslims in objecting to Zionist expansion. Challenging the widespread but mistaken notion that violent sectarianism was endemic to Palestine, Colonialism and Christianity in Mandate Palestine shows that it was intentionally stoked in the wake of British rule beginning in 1917, with catastrophic effects well into the twenty-first century.