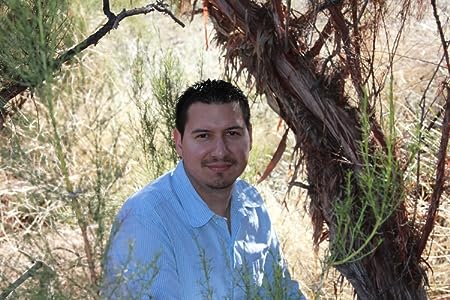 Benny Alano is the author of many scary children and middle grade books. He lives in southern California with his wife and daughter. Benny loves hearing from kids who read his books. You can contact him by emailing: BennyAlano@yahoo.com 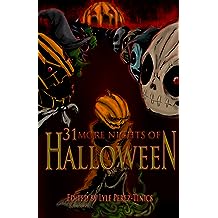 31 More Nights of Halloween Aug 14, 2012
by J. Rodimus Fowler, Jay Wilburn, Denise Stanley, Joshua Skye, Ben McElroy, Benny Alano, Charles Austin Muir, Jonathan Templar, D. R. Pinney, Lyle Perez-Tinics
( 8 )
$2.99
Another round of horrifying Halloween stories to fill you with delight. 31 More Nights of Halloween brings together 31 short stories from today's newest and stables authors. From ghosts to witches to vampires and possessions, this collection has something for that Halloween kid in all of us. So take off your shoes and light a candle, but be careful what you say, you might end up casting a Halloween spell. Stores include: Trick Joshua Skye Last Halloween Jay Wilburn Scare Your Pants Off! Benny Alano Lorelie Reprise J. Rodimus Fowler Halloween Fright Christopher Beck Pumpkins Rob Bliss The Monster Slayer Kevin L. Jones And More
Read more
Other Formats: Audible Audiobook , Paperback 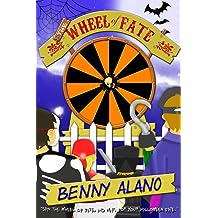 The Wheel of Fate: Brian Mead's Ghost Mar 22, 2012
by Benny Alano
$2.99
Randy loves Halloween, just like every other sixth-grader at Rosemary Middle School. He loves dressing up in costumes with his three best friends and playing practical jokes on his younger sister, Missy. But his life changes when he sees something strange one creepy night: the ghostly figure of a boy who points accusingly at Randy! To make matters worse, his teacher, Mrs. Rosenberg, tells her class that this Halloween is the ten-year anniversary of the death of a young boy named Brian Mead. Randy realizes that the figure he saw must be the ghost of Brian Mead.

As Halloween approaches, the ghost gets scarier, haunting Randy more and more. But he doesn't want to live in fear. Putting thoughts of the ghost of Brian Mead behind him, Randy and his friends trick-or-treat at a mysterious neighbor’s house. The neighbor, Madam Donna, is an old carnival worker who still keeps a "Wheel of Halloween Fate" as a souvenir of her days as a fortuneteller. When the friends spin the Wheel of Halloween Fate, all hell breaks loose, and the kids discover the real reason the ghost is coming after Randy! 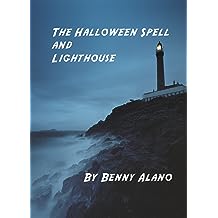 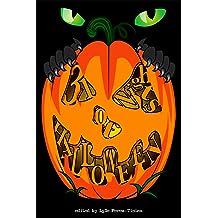 The full moon is bright,
The werewolves are in sight.

The mummies are out of their tombs,
To find you, hiding in your rooms.

The witches and ghosts and ghouls are here,
To become the nightmares that you fear.

They march and stride to give us all a fright,
We know many dreadful things happen on Halloween night.

But what can be more fun?
For there to be thirty-one.

31 Nights of Halloween brings together thirty-one frightful tales from the worlds most talented ghouls. Each story is guaranteed to send chills down your back and make your blood run cold. With one chilling tale for each night in the month of October, you won’t want to go out trick-or-treating this Halloween. So turn off the lights, crawl into your beds and begin to read, if you think you can survive.

15th Night: Something is Out there
By Nathan Correll

20th Night: The Ghost of Gertrude Garvey
By Patrick Shand

In the Dead House
By S. S. Michaels

The Monster Under my Bed
By Bryan Medof 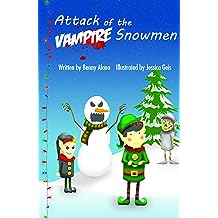 Attack of the Vampire Snowmen Mar 2, 2011
by Benny Alano, Jessica Geis
( 6 )
$1.99
With only a few days before the big night, Santa Claus is kidnapped by an army of vampire snowmen; it’s up to Laidenn, Claus’ only dark elf-in-training, to enlist the help of the living dead elves to defeat the snowmen and bring Claus back.
Read more
Other Formats: Audible Audiobook , Paperback 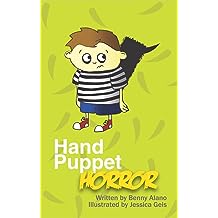 Hand Puppet Horror Feb 21, 2011
by Benny Alano, Jessica Geis
( 24 )
$0.99
When Jay’s hand puppet, Yeti Booger, comes to life and defends him against Greg, the school bully, he thinks it’s the coolest thing in the world. After the creature becomes more than he can handle, Jay must figure out how Yeti Booger came to life and stop him before anyone else is hurt. It truly is a HAND PUPPET HORROR.
Read more
Other Formats: Audible Audiobook , Paperback