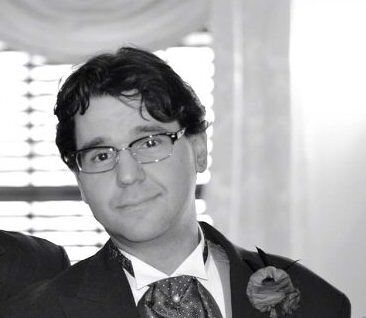 Bernardo is primarily a filmmaker. His formal filmmaking education was received at Fairleigh-Dickinson University as well as Long Island University - C.W. Post. His first film, "Suffer the Little Children," has won 4 awards and has been officially selected by 13 festivals worldwide (www.sufferproductions.com). Bernardo has also directed and edited seven short films, spanning many genres, at Stonestreet Studios an affiliate studio of NYU. He was selected to direct a staged reading of a screenplay for the HotINK reading series and has directed staged readings of feature-length screenplays and plays he has written.

Bernardo has also branched out into the world of theatre, including a stage adaptation of "Peter and the Wolf" he authored, which premiered as part of the Pillow Play series, while another children's play he wrote, "The Walled City," premiered in the same series. He has also written two other short plays one "Dementia Unlimited" participated in the Chrysalis One-Act Festival winning 4 awards and "The Grasshopper Child," which was selected for the First Draft Playwright's Circle.

Bernardo most recently wrote and directed the award-winning short film "The Watermelon Wagon Killer," and published his premier novella, "The Isle of Helyr."﻿ Bernardo is currently in pre-production on the original horror feature "All Hallows' Eve."

He has a few more fiction and non-fiction offerings in the works.

and read his movie blog at: http://www.themovierat.com

or visit his production company's page: 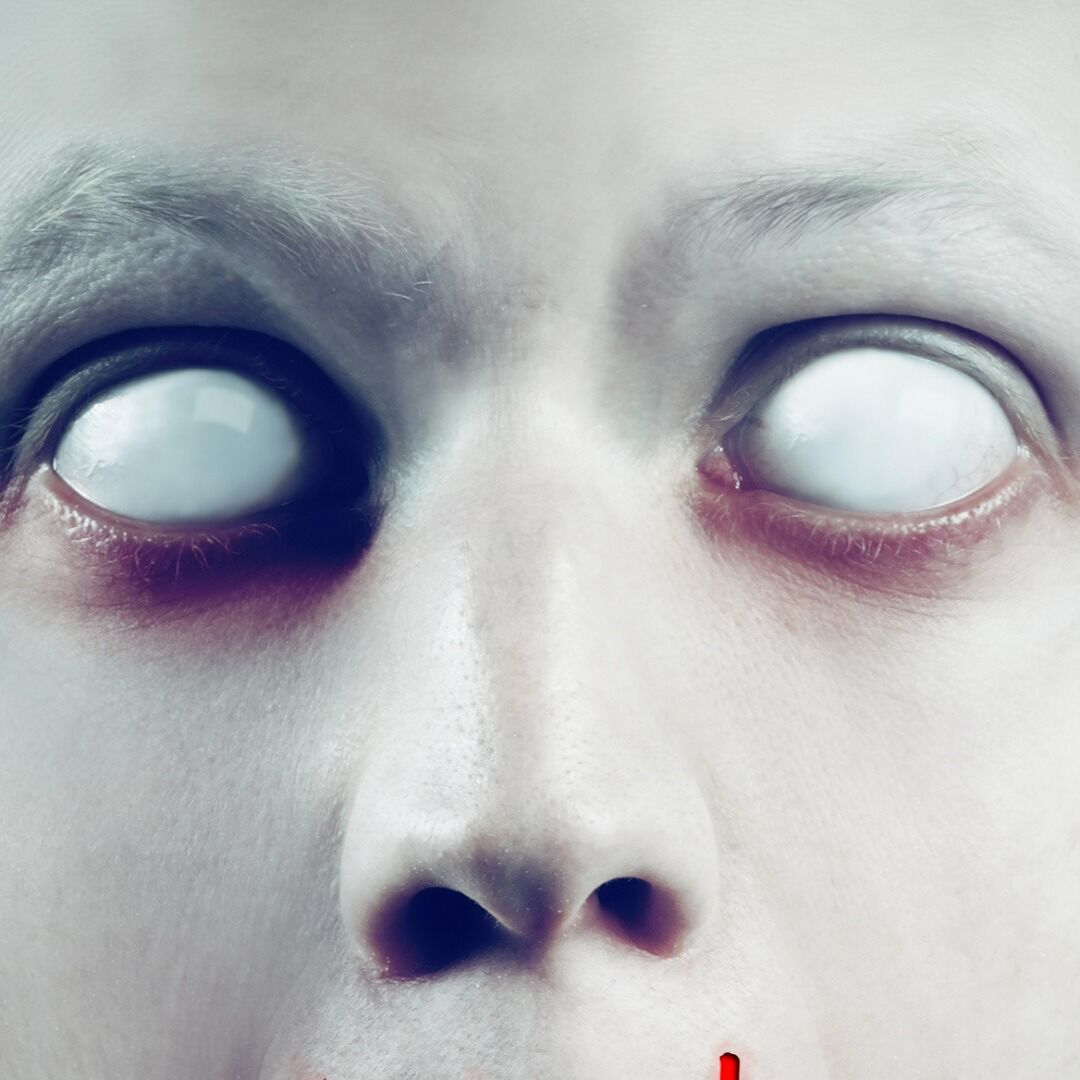 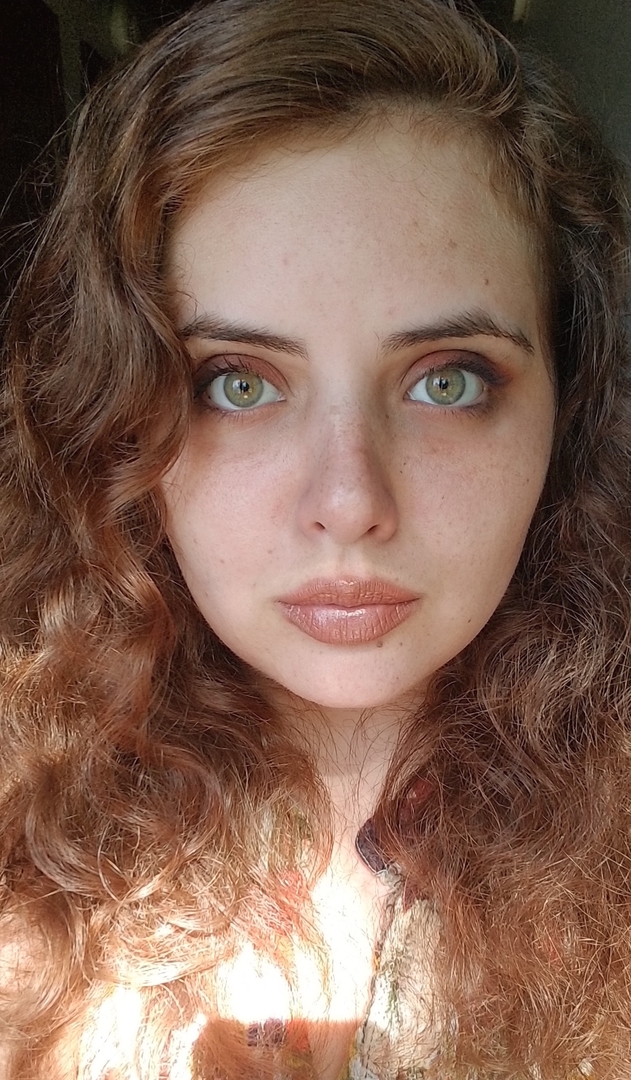 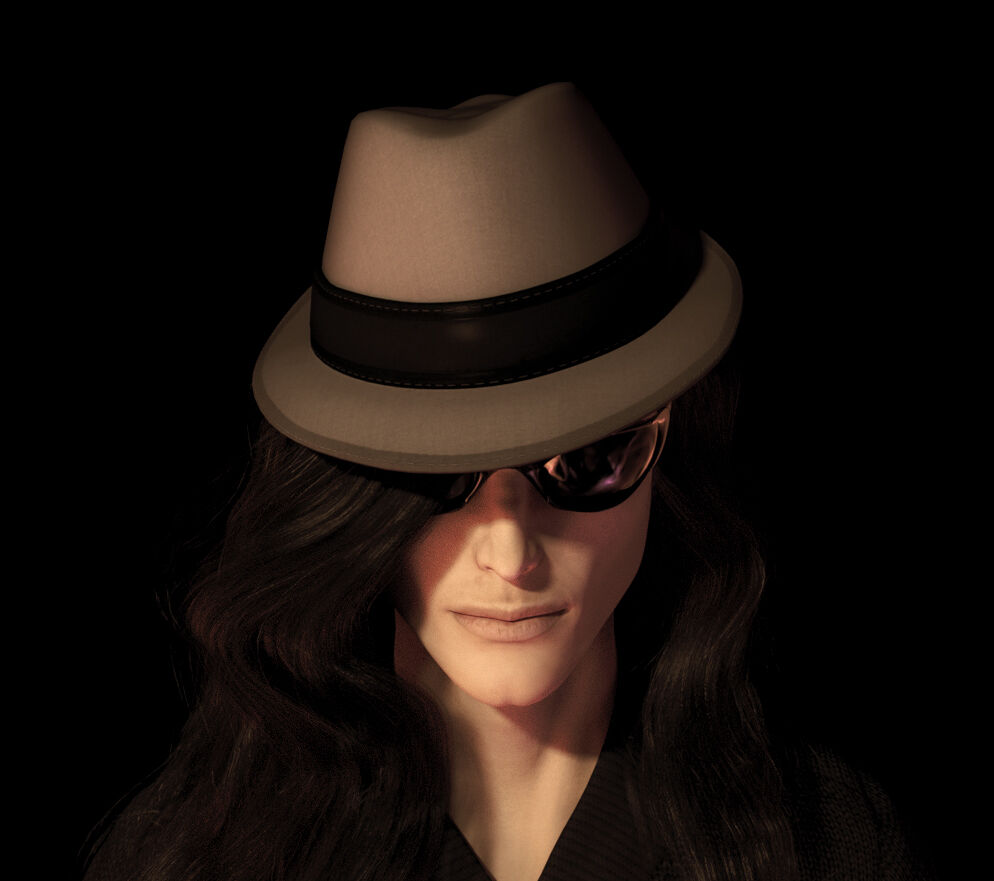 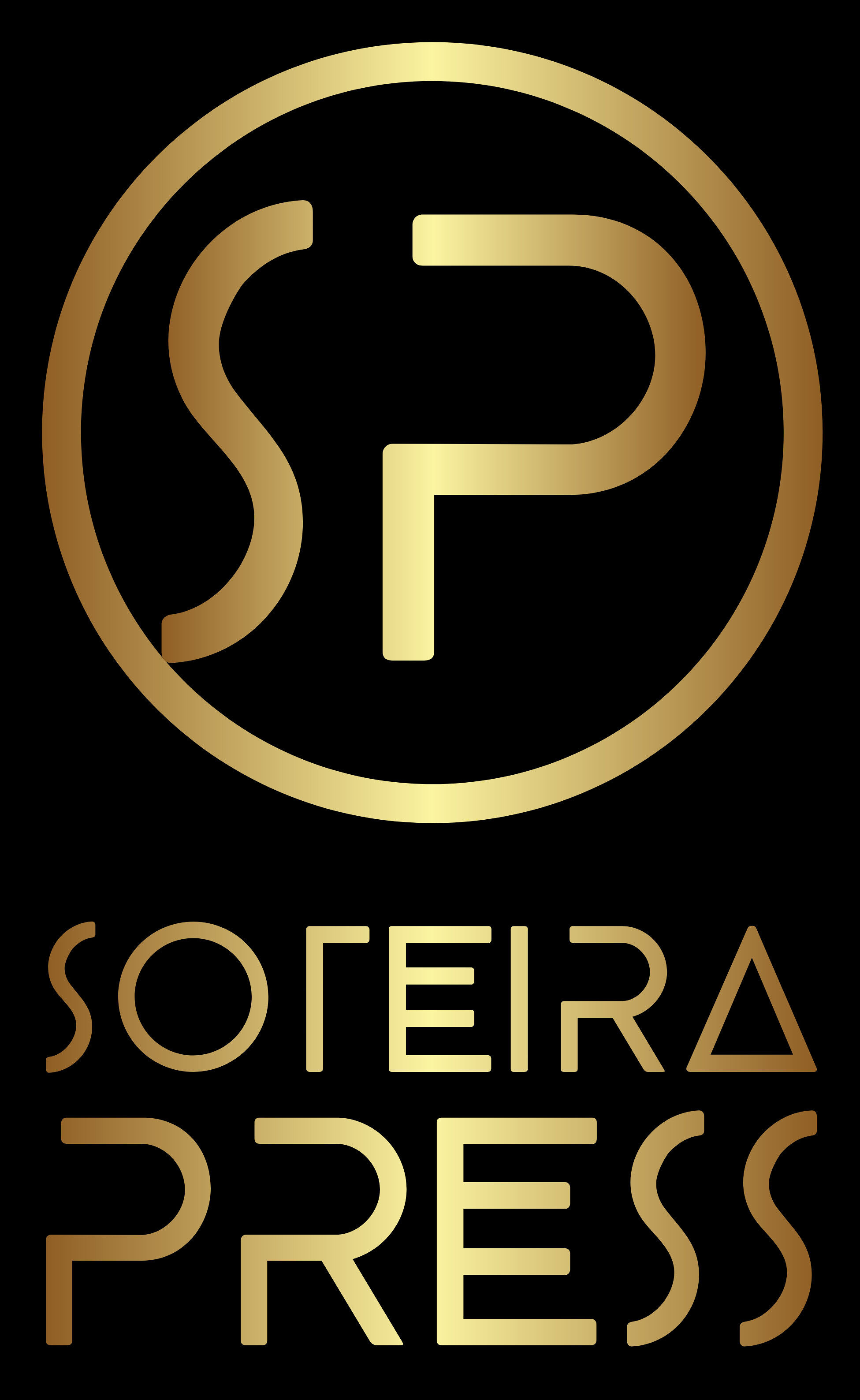 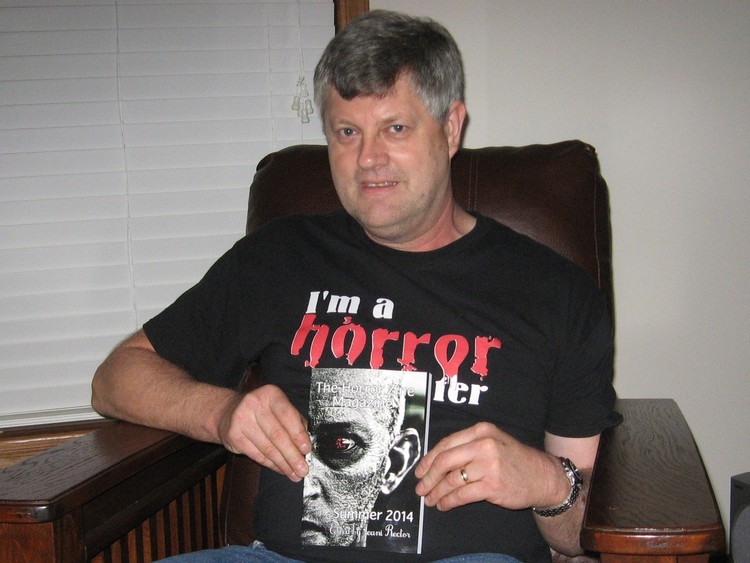 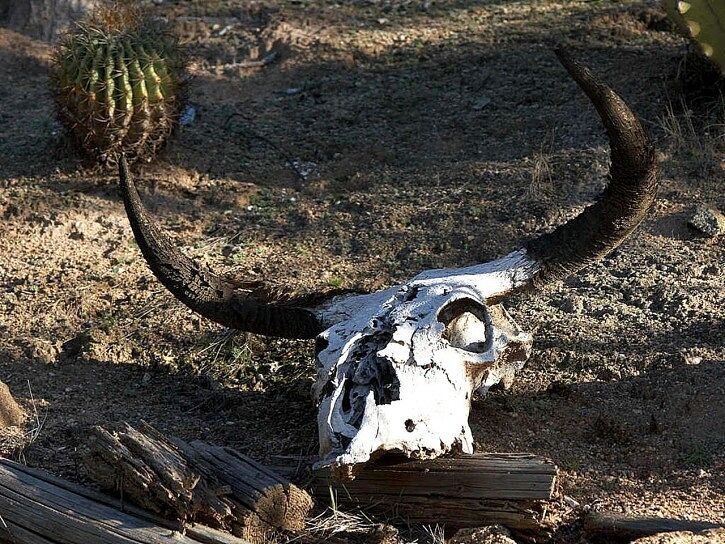 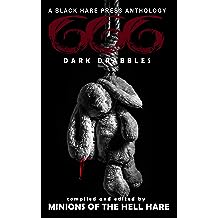 We all have a fascination for things that scare us—the thrill, the heart-stopping jump scares, the terrifying suspense. From the youngest age, we’re fascinated by the fiendish and furry, the creepiest critters, the naughty and the nasty. Horror is all around us, from the clowns who hide under our bed, to the things we might drag up from the brook at the bottom of the garden, and the zombies who crawl our streets.

As author, Megan Feehley, so beautifully says; there is beauty just before the terror…a silken breath taken before the spill of righteousness…the warmth of a licking flame preceding the scald.

So, close the drapes, check the locks, turn on all the lights and get comfortable. But don’t close your eyes… 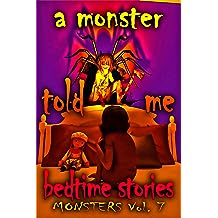 A Monster Told Me Bedtime Stories: MONSTERS Volume 7 Aug 1, 2020
by SOTEIRA PRESS, R. C. "Dopabeane" Bowman, Gabriel Grobler
( 18 )
$3.99
When you open the door to a realm of nightmares, sometimes you let the nightmares in.

Bedtime. The twilight of consciousness, the darkness that lies between reality and dreams. Here, on the threshold of slumber, we open the door to myriad dreamscapes, to other worlds and astral planes. A thousand doors to a thousand worlds... and the nightmares that hide within.

Open the door, cross the threshold, and dream the night away. But be careful, and remember:
When you open the door to a realm of nightmares… sometimes you let the nightmares in.

These are just a few of the bedtime stories written by—and for—monsters.

In these pages you’ll find an unforgettable collection of dreams unleashed upon reality and reality transformed into nightmares. Penned by award-winning authors, bestselling writers, and visionary nightmare-smiths, A MONSTER TOLD ME BEDTIME STORIES will remind you what it means to be afraid of the dark. 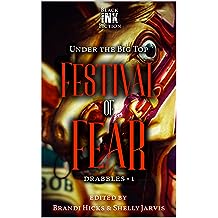 Join us on this ride of terror as 60+ international authors thrill you with tales that will be sure to make you turn that funnel cake down at the next carnival.
Read more
Other Formats: Paperback 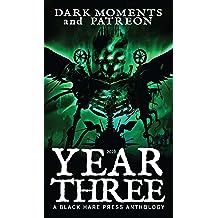 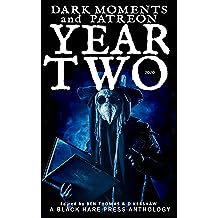 As a champion of emerging writers, you'll always find works by debut authors in our publications, as well new pieces from established and best-selling authors. We hope you enjoy the hard work that has been put into these tiny tales.
Read more
Other Formats: Hardcover , Paperback 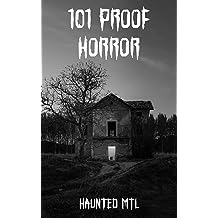 HauntedMTL stitches together a collection of gruesome tales from the haunted streets of Montreal to the dying husk of farmland Nebraska to the fallen shores of California, and all areas in between.

This anthology features new stories of terror and mayhem to fester in your mind featuring ghosts, forgotten gods, and other creatures of the night. May you never sleep again... 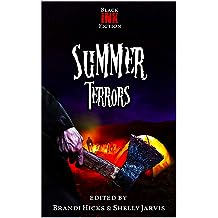 Everyone knows the big names of summer horror and their stories. But what about the maintenance man who doesn’t like his rooftop encroached upon? Terror at summer concerts? Tentacles...lots of tentacles.

Get more tips on what not to do within the pages of Summer Terrors. Stories in 100 word format from authors all over the world from Black Ink Fiction. 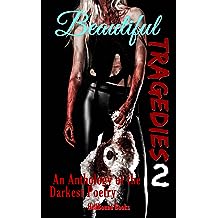 40 amazing poets come together to create one beautifully tragic anthology!

Join us in celebrating the wonderfully macabre and tragically beautiful world of dark poetry, where love isn’t always hearts and flowers and that noise you heard—well, we would strongly advise you against going to investigate.

Here, for your blood-curdling entertainment, are over 100 poems written by an amazingly diverse group of poets—including a Bram Stoker award winner, Amazon best-selling horror authors, and our very own Dark Poet Princess—who know poetry can be so much more than lovely, lyrical sentences strung together.

Sometimes life is ugly and causes us to bleed terrible words onto tear-soaked scraps of paper in the dead of the night. But... it’s always beautifully tragic. 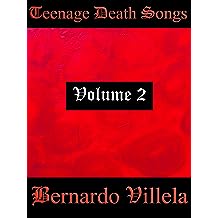 A woman’s journey from moderate conservative to political zealotry sees her run afoul of the hidden powers that govern her adopted hometown and threatens those closest to her.

Mahtantu is named after the the Lenape god of death. As Thanksgiving 2016 approaches he plots to upstage his hometown’s propagandistic holiday pageant.

Rimmon was born half-human and half-demon, a self-proclaimed demidemon, he struggles with the duality of his nature, his birth, distance from his biological parents and finding acceptance in the demonic hierarchy. The only friends he’s known in the short span of his life challenge his loyalties when they ask for a dangerous favor.
Read more 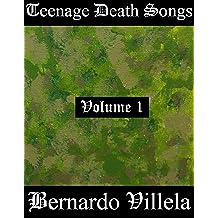 The Monarch of Maggots

Disoriented and dislocated, a man deals with his senses coming and going as they please as he navigates a carrion-covered landscape.

The Cat and the Chasm of Death

A tale of four homeless people of disparate ages who must come to grips with the dehumanizing effects life on the street has had on them.

Where the Streets Have Names

Chris Sassleski has moved from his small hometown, which outsiders would consider idyllic, to New York City. Chris knows his hometown has its share of secrets and ghosts, what he doesn’t know is that you can’t really leave home.
Read more 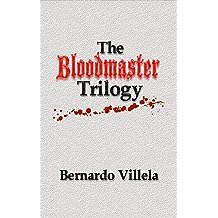 The Bloodmaster Trilogy: A Collection of Short Stories Aug 26, 2014
by Bernardo Villela
$0.99
In a child's guise comes a demon so uncontrollable he rebelled against Satan himself… a demon for which there is yet to be a vanquisher. In this child’s form comes The Bloodmaster.

It seems we only come to learn of demons as they meet their demise. In the Bloodmaster Trilogy three seemingly disparate tales weave a tapestry of lore chronicling the rise of a demon. These tales make up but a part of this vile demon's history, and hope to serve as a foundation of understanding of The Bloodmaster’s methods. Somewhere amidst these narratives lies the truth, which is what editor E. Puddota hopes to bring to a populous largely unaware of the terrors this demon has wrought, and might yet create.

This volume chronicles the cases of a mother and son’s vacation gone terribly awry; the Bloodmaster’s damnation of an entire Tennessee town; and the horrors a child had to endure when taken to serve as minion to The Bloodmaster.
Read more 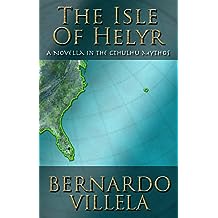 The Isle of Helyr: A Novella in the Cthulhu Mythos Oct 19, 2012
by Bernardo Villela
( 7 )
$0.99
Colton Black's life is pretty uneventful, considering he is an NSA Agent. He has a beautiful wife, a loving son; he's quite happy. This all starts to change when he is told he must transfer or risk losing his job. He's done this before, but what's different now is he's being relocated to a mysterious island, which he had never heard of. As he and his family begin to learn about, and live upon, The Isle of Helyr he learns troubling things about the island's past and its connection to the hideous Cthulhu Cycle Deities.

Bernardo Villela's debut novella is a bombastic, no-holds-barred take on the Lovecraft Mythos, which incorporates things he usually avoided: sex, religion, his entire bestiary, a team effort and new locales where his awful gods have a strong presence.
Read more