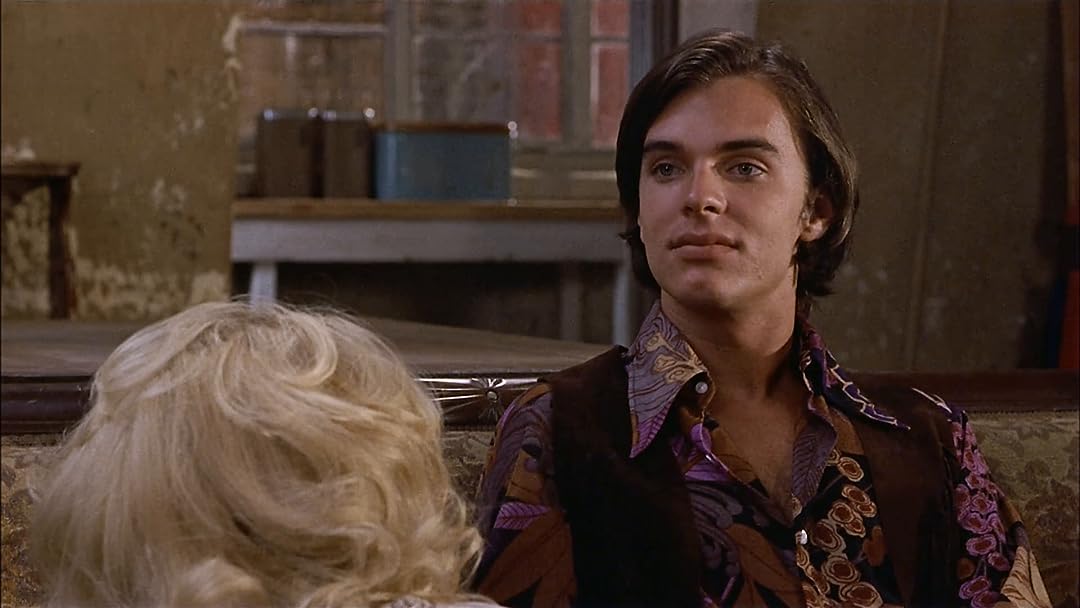 (722)
7.21 h 49 min1972X-RayPG
A free spirit helps a timid, intelligent, young blind man break away from the overprotection of his mother.

AmazonGuru789Reviewed in the United States on October 2, 2022
4.0 out of 5 stars
Pleasantly surprised
Verified purchase
This movie was adapted from a stage play, that occurs in one room (his apartment). If you can hang in there, you'll see the movie change from a silly one-act shallow dialogue into a sensitive narrative about a young attractive blind man and the young free spirit (Goldie Hawn) who is afraid of commitment, especially to him. The scene at the end brought tears to my eyes. Edward Albert (son of actor Eddie Albert) gave an Oscar-worthy performance in my opinion.
3 people found this helpful

Angelica PorroReviewed in the United States on November 12, 2022
2.0 out of 5 stars
What?
Verified purchase
I feel like I can see what they were going for but it was just weird, I'm surprised it's rated as highly as it is. I don't actually feel assured by the end of the film. I'm not happy for him that he ends up with the emotionally immature girl who is able to make the Hallmark-y decision not to leave, but I'm not really convinced that she's actually a great catch or anything considering what's happened so far. I was kind of glad for him being able to understand that she wasn't all that, and I think I would have been much more satisfied with him realizing that he deserves better than someone like her, and that he still has a lot of growing and learning to do, but that he can handle it. The ending just made it all so cheap and disappointing for me personally. The movie, despite the characters moving kind of quickly, felt a little slow, and I shouldn't have been expecting much, but I definitely felt like I watched something that wasn't fully fleshed-out.
One person found this helpful

H. FentonReviewed in the United States on May 25, 2015
5.0 out of 5 stars
Butterflies Are Free and So Are We!
Verified purchase
An indescribably breathtaking, tender film that boasts an equally delicate, flutteringly-pleasing title song. A blind man repressed by the social constraints of his over-protective mother ventures out on his own and meets a free-spirited, liberal minded woman. He teaches her how to see with her heart and he teaches her to see past the obvious. Wonderfully metaphorical, gloriously uplifting, this masterpiece subtly reflects we must guard ourselves against stereotypes.

I love how such serious situations are given a light-hearted treatment and how optimistic the message and ending of the film are. Goldie is first class and the vocals of Edward Albert on the title song have never been captured with as much melodious melancholy and yet unbreakable hope as he!

Sheila Reviewed in the United States on September 18, 2022
5.0 out of 5 stars
&lt;3 &lt;3 &lt;3
Verified purchase
This IS 1 Of MY MOST FAVORITE MOVIES OF ALL TIME !
Goldie & Edward Are Magic Together .
i have seen this movie So many times , i used to have it on video
it Still makes me Laugh & Cry <3
They are Beautiful .
One person found this helpful

Lynn DeeReviewed in the United States on February 12, 2022
5.0 out of 5 stars
Great Movie!
Verified purchase
I remember this movie from years ago and decided to buy the DVD. I am so glad I did. It really is a good movie with lots of humor. I'm glad I can now watch it whenever I want. The shipping was fast, which was deeply appreciated! Thank you!
One person found this helpful

errin spellingReviewed in the United States on September 28, 2022
5.0 out of 5 stars
They have adjoining rooms, in their apartments
Verified purchase
Goldie Hawn , nineteen,moves next door to a man. His mother wants him to come home. The mothr is very funny with her sarcasm.The two have a lot of picnics with salami and corned beef and whenever Goldie is hungry , she comes next door and eats apples. They talk a lot , like in the movie Before Sunset.

KatReviewed in the United States on October 12, 2022
5.0 out of 5 stars
A gem of a film
Verified purchase
This film was just so beautifully done the Characters and acting were just amazing, you could feel every emotion every up and every down.
One person found this helpful

Ms DianaReviewed in the United States on November 12, 2022
1.0 out of 5 stars
SUCH poor acting.
Verified purchase
Say a line with no emotion, wait for the other character to say their line, and now say ANOTHER emotionless line. Boo
One person found this helpful
See all reviews
Back to top
Get to Know Us
Make Money with Us
Amazon Payment Products
Let Us Help You
EnglishChoose a language for shopping. United StatesChoose a country/region for shopping.
© 1996-2022, Amazon.com, Inc. or its affiliates