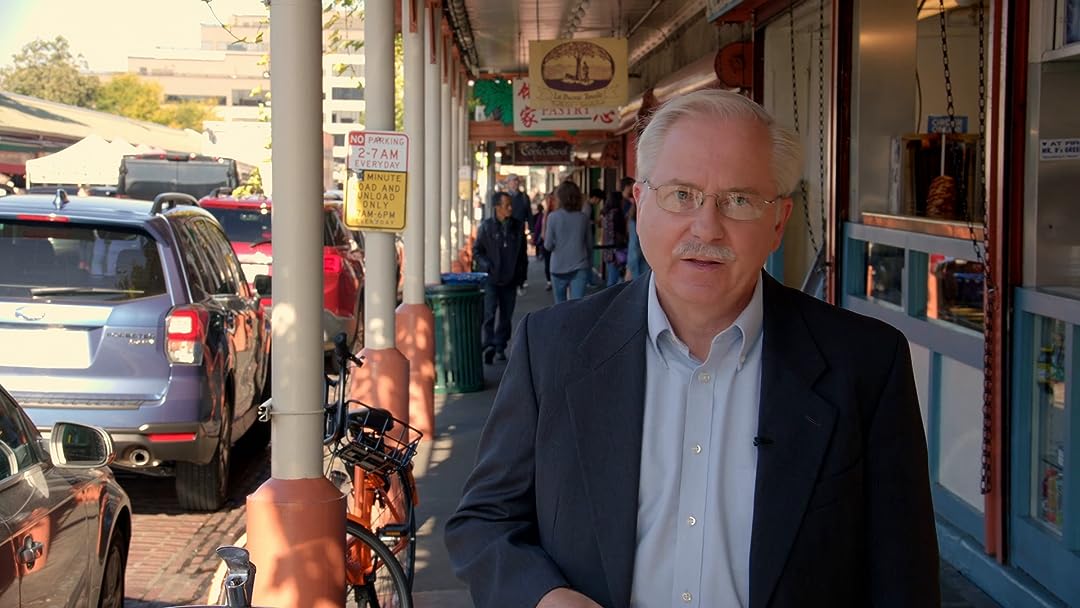 (799)
1 h 40 min2019X-RayALL
The history of our world is etched into the Earth itself and the evidence of a global judgment in the past, is an irrevocable warning of another judgment yet to come, "for as it was in the days of Noah, so it will be at the coming of the Son of Man." (Matt. 24:37) This four part documentary series will open to view the prophecies of the last days by looking back looking back to the days of Noah.

JulesReviewed in the United States on July 11, 2019
1.0 out of 5 stars
Biblically Inaccurate
Verified purchase
The most blatant inaccuracy is that the people of Noah's time had the stone tablets/10 Commandments. Because they disobeyed God's Law, He brought the flood.

Fast forward from Noah's time to Moses on Mt. Sinai. This is when God gave the 10 Commandments written on stone tablets for the first time. Moses stated that "the Lord our God made a covenant with us at Horeb. He did not make this covenant with our fathers, but with all of us who are alive here today," and then read the 10 Commandments to Israel (see Deuteronomy 5:1‭-‬22).

I wanted to enjoy this and see the evidence regarding the flood, but I turned it off around 17 minutes in. Interestingly, I had a weird feeling before renting it. I love Christian movies and documentaries, so that was odd, but I went ahead and gave it a shot. After turning it off, I got online and found out that the director is a Seventh Day Adventist. I only know a little about SDA, but Moses and the Sinaitic Covenant/10 Commandments is fundamental Christian teaching...Bible 101. So, my weird feeling might have been the Holy Spirit?

Hey there!!!Reviewed in the United States on May 9, 2020
1.0 out of 5 stars
WARNING!!!
Verified purchase
WARNING, this is a Seventh Day Adventist indoctrination movie. Full disclosure, I was only able to tolerate a little over 20 minutes.
345 people found this helpful

Jonathan DePaulaReviewed in the United States on June 28, 2020
5.0 out of 5 stars
There will always be nay sayers...
Verified purchase
After browsing through some of the negative comments I couldn't help but think to myself that folks are too quick to judge! One person said the preflood world had no "10 commandments" yet therefor coming to the conclusion that it would have been impossible to hold them accountable to the "law" if they hadn't been given the "law" yet. How can you be guilty of breaking a law and then summarily judged unless you know what the law was and is in the first place, right?
Well, my answer to that logic is to simply say that the preflood world would have been even MORE accountable, not less accountable than we are today, and they would have been more guilty than those after the flood (or at least no less guilty than us) because they still had Adam with them as a LIVING witness the the truths spoken to Adam, by God, and then subsequently to the rest of the human race that would have come after Adam from the beginning of creation and onward. The antedeluvians had the garden of eden amongst them (albeit guarded by angels so man could no longer enter). I mean can you imagine trying to deny the existence of God or the authority of His Law in your life at that time, when all you had to do, to remind yourself that NO there IS a REAL God, was to look over your shoulder and glance at the very real Garden of Eden (which was still in the earth at that time). Or to go have a talk with Adam and learn first hand if the narrative of creation was true or not.
The person criticizing this movie about the flood quit watching after 17 minutes. They should have watched the entire thing before passing judgment. I watched the entire thing and I found the evidence compelling because the truth is the truth. No matter how much you want to deny the existence of a creator God you can't! Because the heavens and the earth speak of Him.
*****
And as far as the director of the movie being a Seventh-Day-Adventist Christian, well what's wrong with that? That's like saying just because a president is Catholic he can't make a good president. If you don't know much about Seventh-day-Adventism then you should find out about them and then write a fair and honest review AFTER doing your research. If you want to see a cup half empty then you will always find a way to see it that way.
When at the beginning of the video they used animation to depict what it may have been like before the flood, well, what is wrong with that either?! I mean when hollywood takes liberties to make movies and turns a movie into a block buster that has almost nothing to do with reality even though they may have started out with a grain of truth as their material, that's ok, that is accepted by the masses. But when a christian producer dares to make a movie and take some liberty to depict a time before the deluge from which we have no videos to know how it looked like, well then that is NOT ok. That just isn't a fair contest. Hollywood did make a movie called "Noah" and as I recall it had almost nothing to do with reality. But the world swallowed that garbage hook line and sinker. But when a small christian producer makes a movie on a small budget to attempt to depict a creationist leaning theory based on a lot of good evidences both philosophical and geoligical....well that's somehow crazyiness??

It's got to be fair people. The truth will set you free if you give it a fair chance to speak. And even if you decide not to listen the truth will always be the truth no matter how much you wish it wasn't the case.
189 people found this helpful

Kathleen JohnsonReviewed in the United States on July 3, 2020
1.0 out of 5 stars
Deceiving show about Seventh Day Adventist
Verified purchase
If I could give a zero I would. 1st of all it is Biblically inaccurate! While watching Part 2 - I started feeling uneasy. Then in Part 3 I began to see the truth. I was shocked! I had been deceived into watching a series about SEVENTH DAY ADVENTISTS! They should have disclosed that fact from the beginning. Nowhere in the Bible does it say that the Sabbath should be practiced on Saturday or Sunday.
Paul wrote in Col. 2:16-17:
16 Let no man therefore judge you in meat, or in drink, or in respect of an holyday, or of the new moon, or of the sabbath days:
17Which are a shadow of things to come; but the body is of Christ.
What really matters is that you find your rest in Christ! And you can (and should) do that every day of the week.
122 people found this helpful

Randy DockinsReviewed in the United States on July 6, 2019
4.0 out of 5 stars
Could have been better
Verified purchase
I found the beginning of the video which is in a cartoon form and supposedly represents the pre-flood era from creation to the flood to be taking liberties with the scriptural account and had many things that were simply out of Biblical order. I won't elaborate on this since the producer of the video appears to be Seventh Day Adventists and I am not. Honestly, I think it would have been far better to have left that whole cartoon part at the beginning out. However, as they got into the science behind the flood and the existing evidence for a universal flood I found the rest of the movie sound. If you don't believe the Biblical account of creation and the flood it most likely will affect your perception of whether they are right or wrong in their conclusions.

I totally reject evolution and I do believe wholeheartedly in the Biblical account of creation, the fall of man, the degradation of society before the flood, and of course the universal flood that God used to judge the pre-flood race leaving only the 8 survivors of Noah's Ark. If they had done a better job on their pre-flood facts or even left that part out I would likely give this 5 stars. If you've only heard what atheistic or agnostic so-called scientists have to say about our Earth's history concerning how we got here and the age of the earth I highly recommend this video. There is a God who is an all-powerful creator. We are not here by some cosmic accident. All life on this planet, both plant and animal, are here by the creative acts of an all-powerful God and that God is the God of the Bible.
167 people found this helpful

Amazon CustomerReviewed in the United States on June 29, 2019
5.0 out of 5 stars
Excellent
Verified purchase
This is a message for all people in every time. But it is especially relevant in this day.

Only thing I think they left out was the events, circumstances of Genesis 6:1-4. The fallen angels and their offspring played a huge role in the corruption of man that led to the flood. And one of the reasons God sent the flood when he did was to preserve a blood line of man whose dna had not been altered. The fallen angels were using the same concept as that of first night. When the lords took all brides before they married. It resulted in pregnancies that in effect were wiping out their enemy by way of combining their dna.

Jesus was born from that still human untainted, blood line of Noah.
126 people found this helpful

Randall butlerReviewed in the United States on September 10, 2019
5.0 out of 5 stars
Absolutely awesome, such an important series on so many levels!
Verified purchase
Such a great production, this series really helped me with some things that I couldn't
quite grasp before watching, such as the earthly and heavenly sanctuaries. It also helped me to gain a greater
understanding of just exactly where we are in the stream of prophetic time.
I also appreciate the biblical accuracy presented and supporting bible texts used throughout
to affirm what is being conveyed on screen.
So well done that I bought the hard copies to share with others.
121 people found this helpful

Amazon CustomerReviewed in the United States on August 21, 2019
2.0 out of 5 stars
The commandments happened AFTER NOAH and the Flood
Verified purchase
If the introduction of a documentary is biblically/chronogically inaccurate, (the commandments were there and then the flood happened in this movie, whattt? NO, Moses and the commandments came AFTER), would you trust the producers' interpretations on prophecies, which are a little harder to tackle?

Overall, I think a geologist who is a Christian might appreciate the movie, maybe.
119 people found this helpful
See all reviews
Back to top
Get to Know Us
Make Money with Us
Amazon Payment Products
Let Us Help You
EnglishChoose a language for shopping. United StatesChoose a country/region for shopping.
© 1996-2022, Amazon.com, Inc. or its affiliates