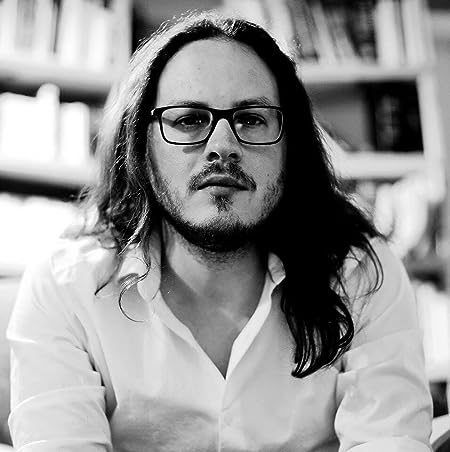 Eric Labrie Giles is a former Canadian musician and music composer who diverted into writing some years ago. He specializes mainly in dark stories, science-fiction, dystopian, weird, cosmic and horror stuffs. Algernon Blackwood, Ray Bradbury, H.P. Lovecraft, and Dan Simmons stand among his favorite authors, alongside with Ambrose Bierce, Robert W. Chambers, and so many other. Between 2018 and 2021, Eric has seen over forty of his works published, either as part of themed anthologies, selected group projects, or as stand-alone. 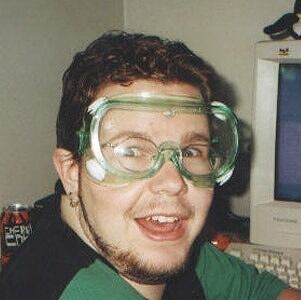 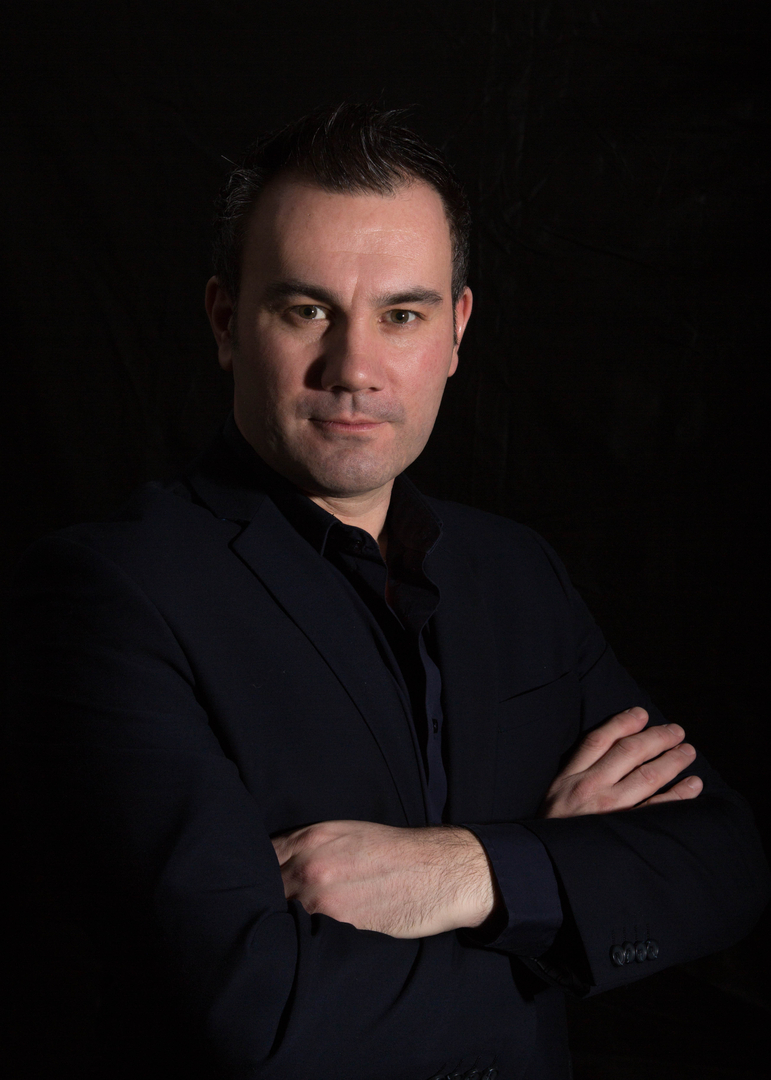 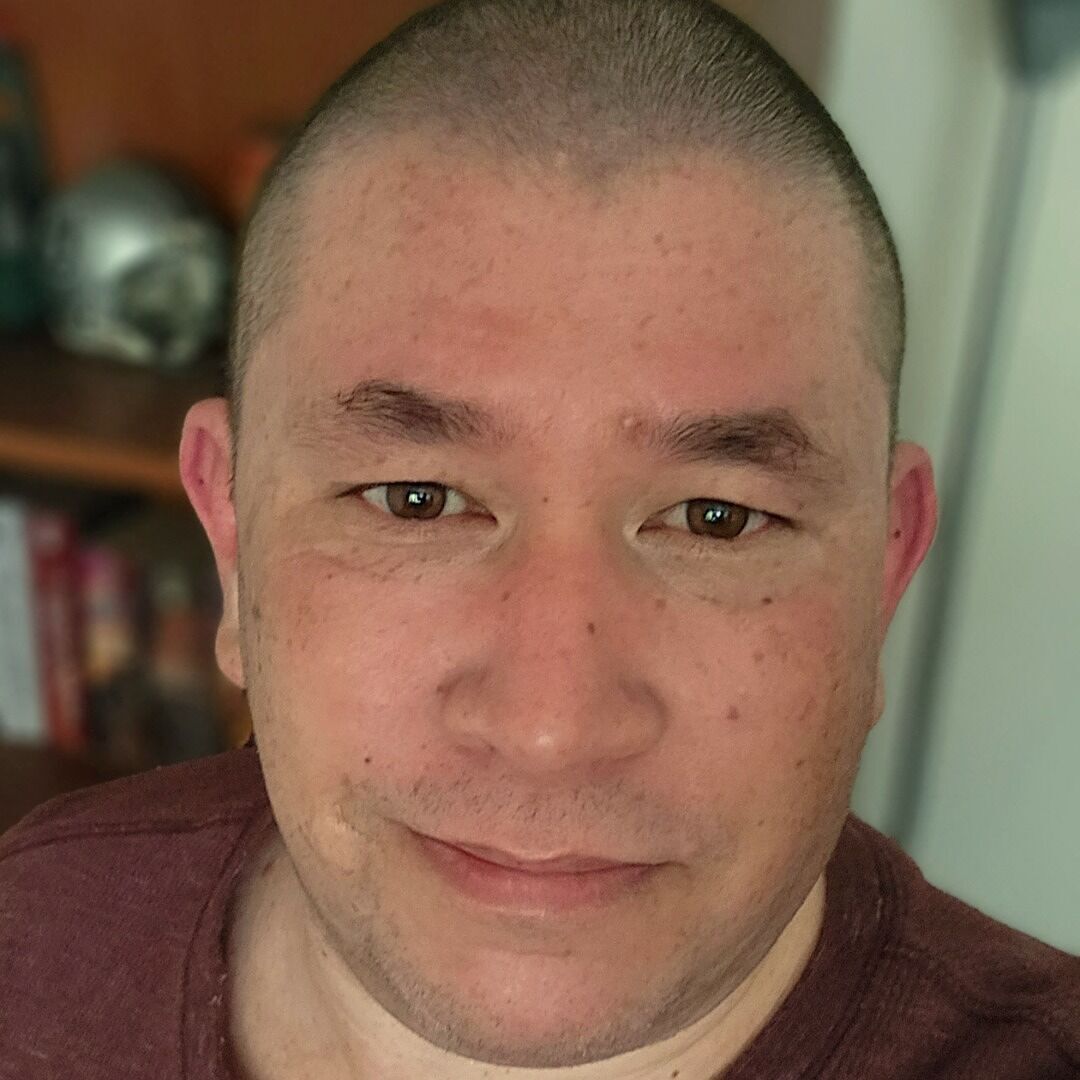 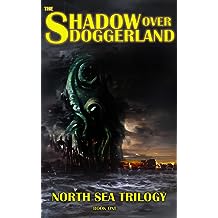 In the depth of the North Sea lies the fabled Doggerland. An ancient world of mysterious people and creatures. A green and verdant land destined to be flooded and destroyed, all but forgotten. What actually happened to the people of Doggerland? Was there some great ancient evil bent on destroying the world dreaming below the surface waiting to emerge? 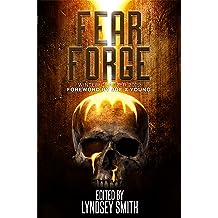 An unfortunate series of events, indeed...

These infernal souls, and many others, are all part of the Fear Forge—the first edition of Horrorsmith Publishing's debut anthology series. It features tales told of cursed smelters, haunted crafted objects, and the degradation of relationships forged within the fires of vengeance. For these authors, fear has forged with the mundane, turning simple rings, rockers, and candles into ravenous blacksmiths of destiny that have doomed us all. 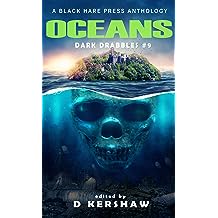 What miracles can one hundred debut to bestselling authors do with 100 words?
Read more
Other Formats: Hardcover , Paperback 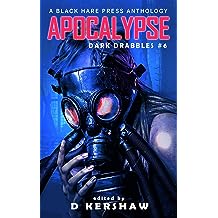 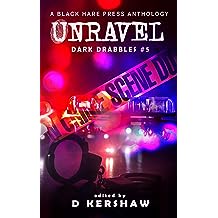 
What miracles can one hundred debut to bestselling authors do with 100 words?


More than three hundred 100-word drabbles from around the world.
Read more
Other Formats: Hardcover , Paperback 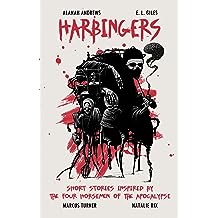 Harbingers: Short Stories Inspired by the Four Horsemen of the Apocalypse Dec 16, 2019
by Natalie Rix, Marcus Turner, Alanah Andrews, E. L. Giles
( 2 )
$2.99
Harbingers is an anthology of short stories loosely based on the four horsemen of the apocalypse. Alanah Andrews, E.L. Giles, Marcus Turner and Natalie Rix have teamed up to encapsulate the foreboding characters of the fabled horsemen. Set in different times and locations, spanning centuries and countries, the authors have drawn on the mythology of each horseman in both a traditional and experimental manner. Following a sense of impending doom, Harbingers foretells the end times and warns of the apocalypse in very different, ominous settings.
Read more
Other Formats: Paperback 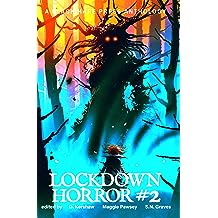 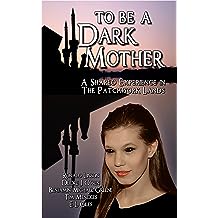 To Be a Dark Mother: A Shared Experience in the Patchwork Lands Jul 20, 2021
by Ronald Linson, Deidre Owen, Benjamin Greene, Tim Mendees, E. L. Giles
( 1 )
$3.99
Seventeen years ago, when the stars were right once again, the Old Ones returned to Earth to parcel out its lands amongst themselves. Some of the ruling Lords and Ladies are benevolent, providing for their humans so their lands would prosper. Some are simply aloof and govern their realms with indifference. Others, however, have grown twisted. Demented.

The Lord of the Lake deeply adores all his Dark Mothers, but he has developed a particular fascination with his next bride-to-be. The rising adolescent, Hope, is such a promising young female, bright and spirited. What beautiful offspring she will provide him! Zung'Reth's keen anticipation of the courtship is palpable among his many acolytes, but it is especially significant to Charity...Hope's older sister, and five years a Dark Mother.

In this shared experience, five separate voices cry out into the cosmos to tell their woeful tales. Come explore the depths of love, passion, hope, and hopelessness as the saga plays out in this bleak, dying corner of Ronald Linson's Patchwork Lands.

"To Be a Dark Mother" is an anthology published by Mannison Press, LLC. 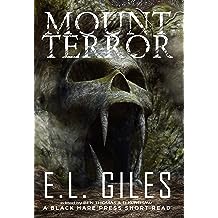 
The words haunt Henry Chapelton as he braves the unwelcoming waters of the Austral sea, heading toward Antarctica to save Captain Ernst Land and his ill-fated crew. What’s supposed to be a rescue mission quickly turns into a fight for survival, a battle against Nature, the elements, and forces of unknown origins.


Something has been unearthed in this desert of ice and madness. Something terrible and ancient, living within the guts of Mount Terror. A threat to Chapelton’s crew who might never come back from this voyage. 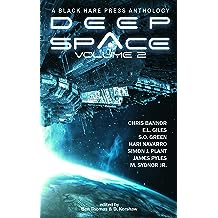 Seven talented authors bring you a dynamic collection of science fiction and
space epics in one amazing collection.

Wait out the Storm by Chris Bannor
After their evacuation ship is damaged, Mason Stasin is the only
person left behind on the outpost. He plans to continue the scientific research
on the upcoming storm as long as the domes hold. Everything changes though when
he realises he isn’t alone. The chief engineer stayed behind as well…and he has
a plan.

Racing against the storm’s barrage, will they find a way to survive the damage?
Or will they fall with the station’s domes?

Tears for Crius by E.L. Giles
The mission is clear: retrieve the Dominion consuls off planet Tartarus. Though it
seems simple, Captain Seth Matteson senses something dreadful regarding the
task. Is the fate of the mighty city of Crius and its inhabitants already
sealed?

Mothership by S.O. Green
They birthed something terrible aboard the
Dunwich.

A tip brings the crew of the salvage vessel, Arkham, to the abandoned space
station, looking for an easy score. But some of them know more than they’re
letting on about the perverse ritual and the strange book at the heart of it
all.

Alice joined the Arkham to see new sights, but her eyes are about to be opened
to something greater and more awful than anything she has ever known. She, and
the rest of the crew, will learn what horrors came from this literal mothership.

Meatus by Hari Navarro
A space-station. ASlaughterhouse. A place of drudge where Elitha Doriss Reed straddles the canyon
of screams, getting off as its ruddy tide sloshes down and into the sumps.

A place where the forge embers bellow, before dimming to nothing in the eyes of
the bawling beasts. Quivering bloated orbs contort backwards and instantly
gorged veins shatter like punched glass—most truly a sight to behold.

Twin ever-grinding millstone wheels of O’Neill, rotating in melancholy silence
on this very last edge of the endless inkblot void—Meatus for Strength.
Meet Us in a Sustainable Future. Meatus is all.

Planet9 by Simon J. Plant
Three astronauts scour the foreign landscape of an alien world on a search for
extraterrestrial life. Unfortunately for them, they find it.

Homeward by James Pyles
For over seventy years, a mystery object has been in orbit around Uranus.

Now the Russian and American crew aboard the deep space vessel, Komarov-Chaffee,
are hours away from rendezvous, but will the five space travellers encounter
aliens, humans, or both?

The Space Tape by M. Sydnor Jr.
These days, winning the lottery isn’t about money. It’s about travel. Space travel.

Four lucky citizens strike it rich with the first ever civilian launch into
space. The tour includes a trip to the International Space Station and a lovely
stroll on the moon.
Read more
Other Formats: Paperback 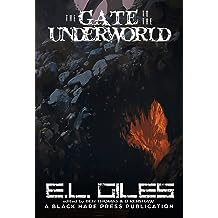 The Gate to the Underworld (Underground Book 8) Sep 10, 2021
by E.L. Giles, Black Hare Press
( 1 )
$3.99
“It was only a matter of time before its possession of me was complete and irreversible. Thinking I could escape it was but sheer madness, and the lull even more painful…”

Imprisoned for a crime he believes he didn’t commit, Leroy, a student at the Yale University, struggles to refute the allegation of murder of his mentor, Professor Howard Bingley.

It’s as if a whole year had been erased from Leroy’s mind, or something hinders his ability to recall his memories…
What did Leroy do in Brazil where he and Howard’s body had been found? What could have pushed him to shoot this man who he appreciated and held in high esteem?

Unobtrusively, the nightmares come back to Leroy. Howard’s mental degeneracy. The senseless trip through the Brazilian wilderness, hunting for a species of intelligent, subterranean creatures that Howard believed to be older that human. The nefarious black river that leads them to the lair of the creatures. The mysterious disappearance of their guide, Alvaro.

There is something dwelling in the caves. An entity, an evil of unknown origin.

But one does not escape the Elder God so easily. And once it has you in its grasp, your soul is condemned to roam eternally through the tunnels of the Gate to the Underworld…
Read more
Other Formats: Paperback