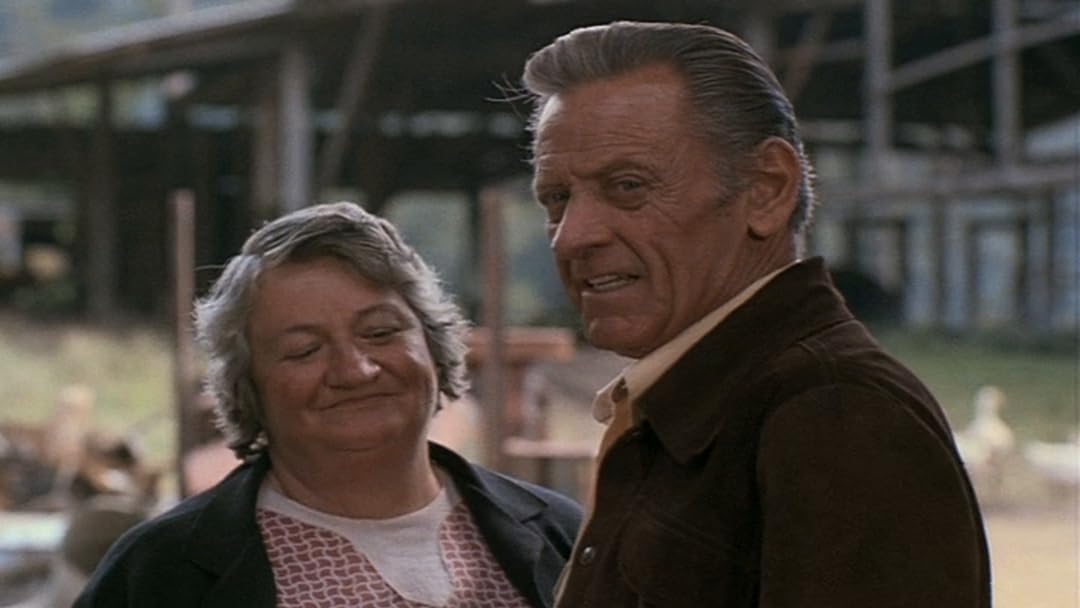 (505)
6.91 h 37 min198013+
This story follows a loner who spent his life exploring the world and avoiding his feelings. When he returns to his Australian birthplace, fate throws him together with young loner, an orphaned, city-bred boy with little hope even less self-reliance.

Brenda RoseReviewed in the United States on March 14, 2019
5.0 out of 5 stars
The Earthling Remastered Blu-ray edition. BRAVO!
Verified purchase
I am putting this review up not to tell you the story of this movie. Many other reviewer’s have said everything that you need to know. This is a movie that you simply don’t want to miss.

I am a big fan of Kino Lorber, they do a very good job of taking really good VHS movies that have suffered from low-quality and restoring them. It is very impressive that they have been able to take this movie and rescue it for us all.

This version of this wonderful movie is highly recommended by at least myself! If you’re a fan of this movie, and you love everything about this movie, grab yourself a copy of the remastered Blu-ray version.

Yes, I know, I am repeating myself. But that is because I am absolutely blown away by what they have done to rescue this movie. And you will be too.

High HopesReviewed in the United States on August 22, 2022
4.0 out of 5 stars
Another Ricky Schroder tearjerker
Verified purchase
[SPOILER ALERT] The kid was a great actor. Holden is a classic, of curse. This story has holes in it, though. Holden's character, Patrick Foley, found the orphaned kid just a day into his trip into the wilderness, but it was somehow too far to go back to take him to civilization - although it took many days for the two of them to get on to the remote cabin they ended up at? Makes no sense. Why was Patrick so mean and angry? It never says. Why does he not have an Australian accent, now that we know he grew up in Australia? What killed Patrick's parents all those years ago? Apparently he was there to bury them, but left home when young? Interesting journey film, incredible scenery -- although the almost animal park-like prolific number of animals hanging around them seemed a little unreal.

Schroder was a sweet, innocent, empathic kid in all the movies and tv shows he played in. It's very sad that he grew up to be such a mean-spirited, far-right radicalized redhat. Maybe John Voight's influence?
2 people found this helpful

Raisuli the MagnificentReviewed in the United States on August 13, 2020
2.0 out of 5 stars
Why I don't like movies
Verified purchase
It's the improbable stories that really get to me. This film is well shot, well edited, well acted, well directed, but I just can't help but wonder why the main characters didn't try to head for civilization. And why Australia? How come this didn't happen in ... I don't know ... Wyoming or Nebraska or some place.

It's a film that's really bothered me over the years because of the improbable premise; a terminally ill man helps a boy survive by showing him how to live in the wilds. Eh, okay, it has a kind of attraction to it, but to me it sounds more reasonable on paper than seeing it on film, because in the end a ten year old kid has to make his way back to civilization to tell them about all he experienced.

I guess my other minor beef here is that "Earthling", to me at least, conjures images of spaceships landing on far away worlds and meeting short green skinned aliens with pointy years. I mean I get it's used here poetically, but with all of the bait and switch in behavioral science that's in films, I just can't help but feel that this is ... a misuse of a science fiction cliche.

Just a guess here, and this is based on all the other films I've seen in the past, and that is this is probably based off of a real incident that didn't end so well. The mind reels as to what actually happened. Was the RV hijacked? Did they all actually die? As the older man an ex-con? Hollywood has a tendency to take bad stories and turn them into good ones, at which point I lost interest in films altogether. So it is that I wonder about the real circumstances of this film, and, stranger yet, wonder if it has any ties to Disney's "The Rescuers Down Under".

Again, I'm sorry, but man worth his salt, terminally ill or no, would have taken that kid back to the main road, and found a ranger or something to help him out. End of story.

Otherwise, yeah, it's a good looking film with lots of interesting shots and so forth.

Make of that what you will.
3 people found this helpful

Michael A. DoddReviewed in the United States on January 28, 2021
5.0 out of 5 stars
Blu-Ray Version is GOLD!
Verified purchase
This review is the Bluray Version. My advice is to Skip the VHS version and the DVD version and Get the BluRay. It has been remastered and is WIDESCREEN (1:85:1)!!! To be fair, it does look grainy in some places but it is a high quality (Hi-Def) transfer from Film to BluRay so you're getting. high definition look at the film. I previously had only the VHS version and I did my own transfer to digital which didn't look great but it was ok. When the DVD came out the reviews seemed to Indicate the DVD version wasn't much better. Then I saw BluRay and I found footage on Youtube from Kino Lorber and although the footage looked great, something was wrong. The footage on Youtube is from the less popular international version which is ALSO included on the BluRay. My advice again is skip the international version. The music score if so bland it makes the movie very depressing. The Halfway home theme is gone and so is the scene at the end with a young Ricky Schroeder stacking the stones on Foley's grave. There is also some extra dialog between the parents just before they plummet to their deaths which seem to suggest the marriage is not all roses. If you've never seen the movie or want to reminisce, skip it and stay with the U.S. Version. If you do see the Kino Lorber footage on YouTube just know, it's the international version, but the quality is on par with the U.S. version, and both are on this disc.
2 people found this helpful

Amazon CustomerReviewed in the United States on July 14, 2022
1.0 out of 5 stars
so bad it is hard to know where to start
Verified purchase
Could be one of the worst films ever made. Absurd script? Check. Wooden acting? Check. Animals showing up in scenery that is obviously staged? Check. The writers should be ashamed. What little dialogue is both nonsensical and sappy. Why does the kid’s dad drive the trailer off a cliff? Why does the kid forget his name and stutter? How did the kid dig a grave with no tools? Why does the holden character toss away his morphine? William holden had been in some fine movies in his career. What was he thinking in accepting this tord?
One person found this helpful

A. NewmanReviewed in the United States on December 16, 2020
3.0 out of 5 stars
Awesome flick but cannot believe they did not properly remaster it.
Verified purchase
First saw this film on cable in the early 1980's when I was about 11. Saw it a dozen times or so back then but its been probably 35 years since I last saw it. But its a childhood favorite I have always remembered fondly. Its visuals of the outback were great and its heartwarming story draws you in. Ricky was one the best child actors in Hollywood ever and William Holden was an icon.

Its really too bad they could not give this classic little film the proper treatment and completely remaster it in widescreen. Years ago I searched the internet for the film but it was available no place except via old low quality pan and scan VHS copies released back in the 90's. Seems since then it was never reissued in any form until now but nobody put forth any effort to remaster the film digitally and in widescreen for this release. This reissue is clearly just did a mild remaster of the original pan and scan VHS transfer rather than a proper remaster from an original 16mm print. Disappointing to say the least.

Five stars for the film but took off two due to the lousy transfer.
One person found this helpful

Leonore ProhaskaReviewed in the United States on November 30, 2021
3.0 out of 5 stars
Lazy or Apathetic?
Verified purchase
Three issues:
1) The "KL Studio Classics" 2019 blu-ray release has two versions of this film. There are NO subtitles or captions for EITHER of the two versions: first sign of laziness.

2) The 3 deleted scenes have no audio. While the lack of audio is noted on the back of the cover, surely captions could have been added as viable substitute? Yet they were not: second sign of laziness.

3) The video quality is probably a little better than VHS, but the acclaimed "BRAND NEW 2K MASTERS!" results still leave room for improvement. Maybe this is the best possible video quality anyone could render for this film, but based on the above two omissions, I suspect apathy or laziness impacted the video quality as well.

So was it laziness or apathy? Either way, Kino Lorber Studio could have -- should have, done better.

Alex HReviewed in the United States on May 28, 2019
1.0 out of 5 stars
Umbrella DVD is not worth it.
Verified purchase
This is a wonderful classic with very good acting and portraying an exceptional journey in terms of both terrain and growth of character. However, I'll be throwing this DVD away because it is of such poor quality as to be unwatchable. Alas, I waited too long before watching it, so I can't return it. It appears to be a poor copy of a VHS tape. The sound is good, but the picture is so blurry that it is difficult at times to tell what's going on. All the lovely wildlife shots are kind of wasted if it's difficult to even tell what kind of animal you're looking at. Was VHS really this bad?

I plan to purchase the Blu-ray copy since it seems to have actually been remastered. This movie is worth having a good copy of.
4 people found this helpful
See all reviews
Back to top
Get to Know Us
Make Money with Us
Amazon Payment Products
Let Us Help You
EnglishChoose a language for shopping. United StatesChoose a country/region for shopping.
© 1996-2022, Amazon.com, Inc. or its affiliates