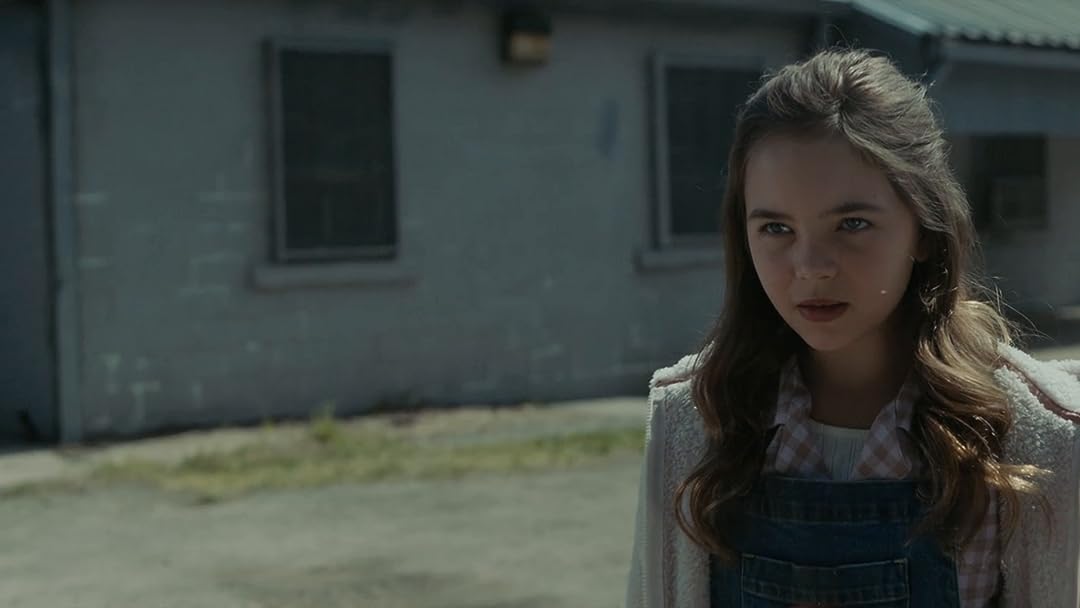 (3,614)
4.61 h 34 min2022X-RayHDRUHDR
In this adaptation of Stephen King's classic thriller, a girl with extraordinary pyrokinetic powers fights to protect her family from sinister forces seeking to capture her.

Lady_MayfairReviewed in the United States on August 20, 2022
1.0 out of 5 stars
Beware of Gratuitous Animal Torture
Verified purchase
I don't usually complain about things but I didn't expect a sickening scene of an innocent animal getting tortured to death. Even more so when the original didn't have that in there. I'm so tired of gratuitous cat killings in films and this one was just extra gross and unexpected. I wish I could get my money back. I couldn't even finish it though I tried. This is going to give me nightmares and thats not a compliment. I wish I could unsee what I just saw and heard. I know it's fake. But it was brutal. And I imagine it might fuel unstable edge-lords to do that in real life. Im not a trigger warning kinda hippie but there seriously needs to be more obvious warnings to this kind of traumatizing stuff on purchase pages. Waste of money. Don't watch this movie if you love cats or have experienced tragic or traumatic pet loss. Only sickos would even consider adding this into a film for no good reason when something else could've been added. Seems every other film now kills off cats for shocks or laughs and its getting worse. Truly the worst pet death I have seen on film, which is saying a lot, and wish I could have avoided it. It made me hate the kid and whoever wrote this movie. Monstrous writers who need serious therapy and an original idea. I wish I could get some now after seeing that garbage.
23 people found this helpful

Raymond JusticeReviewed in the United States on June 13, 2022
1.0 out of 5 stars
worst remake
Verified purchase
wow worst remake ever total garbage.how do you remake a 20 plus year old movie and make it look like trash no way charlie ever forgives ranburn ever and charlie didnt kill her father way to rewrite a great movie into trash
28 people found this helpful

TreeniReviewed in the United States on June 12, 2022
1.0 out of 5 stars
A huge disappointment
Verified purchase
I was really excited when I saw they were remaking this since it is one of my favorite Stephen King books. I thought with all the technology today that they would be able to take it to a level that was maybe not possible in the 1984 version, which was still really good.

Unfortunately, this movie was a big letdown. I'm not sure the people that made it even read the book. They could have done so much with this and instead they took a great story and utterly destroyed it. The only thing really left intact was the characters names. What a waste.

CarlReviewed in the United States on July 3, 2022
2.0 out of 5 stars
Starts strong. Ends in the garbage.
Verified purchase
Question: When you first saw all those lamentable Firestarter reviews from the theatrical release, did you find them too harsh? Well, you're wrong. The movie is garbage and a waste of the talent of its cast. Efron is given nothing to do despite being the tertiary character. Armstrong, an actress who has already proven she can do horror in a creepy little girl way, is utilized well before being completely butchered. Greyeyes goes from being a psychopathic killer to a repentent warrior. Did the writers even read the book? Does it have a neat setup that probably could have made a fun movie? Of course, but it keeps blowing its own momentum with weird cameos (What purpose did Kurtwood Smith serve outside of unnecessary exposition?). Hey, Blumhouse? If people are expressing interest in a Stephen King movie remade from the 80s, there's a good chance they're either fans of the movie wanting to see a more modern take or read the book and are curious how the movie might tackle aspects of the novel not included in the original. This does neither. It wastes the actors involved with bad plots and terrible dialog. Rent it on the cheap in a few months if you must.
18 people found this helpful

Lisa FavaraReviewed in the United States on September 25, 2022
3.0 out of 5 stars
Pretty Good But Odd Diversity Casting Is Distracting
Verified purchase
I understand in 2022 with only woke liberals producing movies that if the main characters are white then pretty much everyone else is not going to be white. But it seems that this takes place in a small rural town and every cop, every security guard, the principal, everyone they run into is black. African Americans make up 12-15% of the American population but you would never know it from watching television, movies and especially commercials these days. There’s nothing wrong with diversity in a movie but I thought in this case it didn’t make much sense and was distracting. Honestly I’m surprised the little girl was even white. You would think they would have cast her Indian.
13 people found this helpful

Aerith GainsboroughReviewed in the United States on September 24, 2022
1.0 out of 5 stars
Don't watch. Burns a cat to death slowly and watches it suffer. Then kills it to 'end the pain'.
Verified purchase
Stick to the classic, that is the best and only Fire Starter. They didn't have scenes of the idiot girl burning a cat alive because it scratches her. It's laying there burned and charred still alive suffering, then she finally kills it to end the pain because her stupid dad, calmly as ever says. "He's in pain. You have to end it. " Ugh. I turned it off after that. I can't believe they put something like that in this movie, I don't give a damn if it's fake, it's still disgusting and didn't need a scene like this. Animal lovers skip this one if you can't handle animal deaths like myself. It's badly done anyway!
10 people found this helpful

JohnReviewed in the United States on June 17, 2022
2.0 out of 5 stars
As utterly passable as it is absurd.
Verified purchase
Just about everything in this movie either doesn't make sense within the context of the plot/setting, the characters make stupid decisions that defy logic, or it drags and focuses on trivial, inconsequential interactions that add very little to the narrative or plot.

And the ending, oh the ending, is by far the most nonsensical and infuriating conclusion to a movie I've seen in recent memory.

The only reason it gets two stars instead of one, is because some of the fire effects are well done.

SurpriseReviewed in the United States on September 26, 2022
1.0 out of 5 stars
Cats have more than two pronouns?
Verified purchase
From the movie...

After the kid killed a stray cat with fire, she wanted her Dad to say a prayer.  So the Dad beseeches Heaven...

Really?  I don't think THAT LITTLE TIDBIT of wokeness was in the original Stephen King novel.  Can't we get away from that woke garbage for just a few precious minutes?

I stopped watching the movie at that point. (Although the name-that-can't-be-mentioned wanted me to watch the entire movie before submitting a review...so I just fast-forwarded to the end.)

So..one star...and zero entertainment.
7 people found this helpful
See all reviews
Back to top
Get to Know Us
Make Money with Us
Amazon Payment Products
Let Us Help You
EnglishChoose a language for shopping. United StatesChoose a country/region for shopping.
© 1996-2022, Amazon.com, Inc. or its affiliates