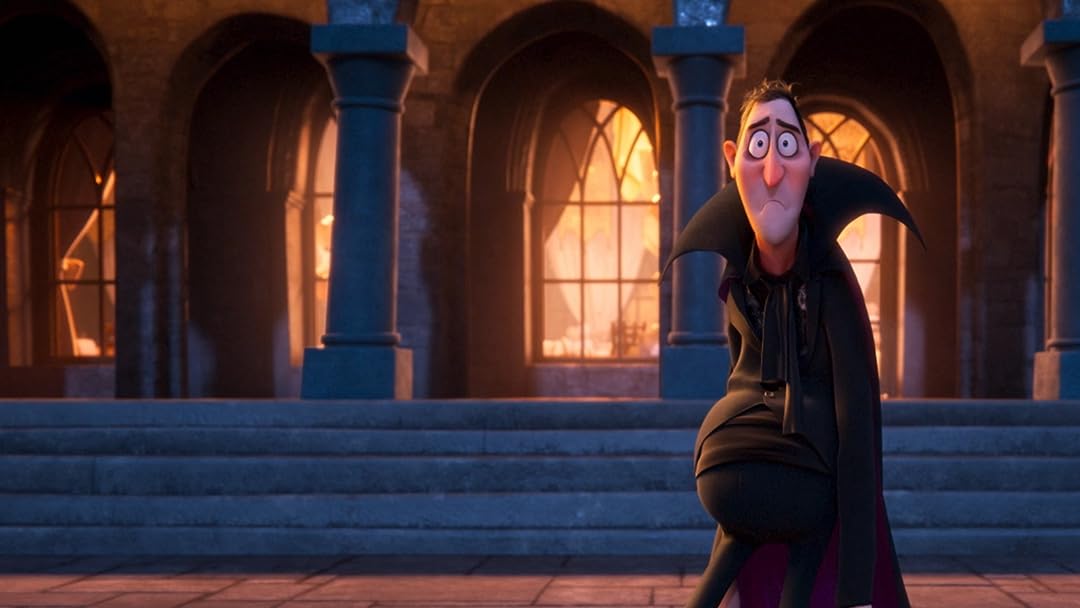 (832)
6.01 h 31 min2022X-RayHDRUHDPG
When Van Helsing’s mysterious invention goes haywire, Drac and his pals are transformed into humans and Johnny becomes a monster! In their new mismatched bodies, Drac and Johnny must team up to find a cure. With help from Mavis and the Drac Pack, the heat is on to find a way to switch themselves back before their transformations become permanent.

Anne Ther LuperReviewed in the United States on January 14, 2022
2.0 out of 5 stars
Woke version of the original
Verified purchase
Well that was a part of my life wasted, that I will never get back. Between the poorly written woke story line, to changing the voice over actors, this movie took a trip down the track of horrible, and won't be coming back anytime soon.
210 people found this helpful

AnonymousReviewed in the United States on January 14, 2022
1.0 out of 5 stars
Bad writing, bad humor, not good for children!
Verified purchase
The writing and jokes cannot compare to the first three movies. Just poorly written.
157 people found this helpful

CarlaReviewed in the United States on January 14, 2022
1.0 out of 5 stars
Time waisted
Verified purchase
Nope. They've run out of ideas and created THIS, poorly written, boring, and predictable nonsense. Save your time and watch something else.
128 people found this helpful

withheart70Reviewed in the United States on January 14, 2022
3.0 out of 5 stars
FAUX Hotel Transylvania
Verified purchase
Cute movie but not like the original. When you want a real pepsi but end up drinking the cheap store brand cola. Not quite it, but it will do. I didn't like the ending when the new hotel (spoiler alert) was shown as a cartoon. Kind of bland. Not as funny.
97 people found this helpful

Jim123bcbReviewed in the United States on January 14, 2022
2.0 out of 5 stars
Horrible Movie
Verified purchase
I'll start off saying that the only two good things about this film, the animation was beautiful and very well done and there were a couple of the jokes I enjoyed. Besides that, the story was horrible, predictable and uninteresting, it felt like I watched a 10 minute short film that was stretched out to be 2 hours, Spoilers Ahead: the characters were annoying especially Johnny cause he's like a child and never thinks about his actions and is too eager to do anything which I just found annoying, the only characters I really liked and thought was funny were Frank, Wayne and Murry (the three monsters that were turned human).
As a plotline the idea of them becoming human was interesting to me and that's what made me want to watch but the execution was bad, I liked the jokes and scenes of them being human but the story involving being stuck as a monster I found very stupid and I hate how Johnny didn't even get to keep some type of monster form while still having mental control.
I'm glad I watched it but I'm very disappointed in the story and some of the characters.

Magsls03Reviewed in the United States on January 14, 2022
3.0 out of 5 stars
should have ended with 3
Verified purchase
I guess I had high expectations for this movie because I've enjoyed the other 3. I knew something was off the second I heard Drac speak....nothing compares to Adam Sandler as Drac. Also, the writing is terrible, I had a hard time keeping interest and turned it off halfway through.
Seriously disappointed, I expected much better from a seriously hyped up and also delayed release.
77 people found this helpful

Sarah M.Reviewed in the United States on January 17, 2022
1.0 out of 5 stars
So disappointed. Spoiler warning...
Verified purchase
Drac was NOT the bad guy, Mavis acted like a bratty entitled rich kid, and Johnny lost all character. I didn't think it was possible for Johnny to devolve into a completely self-centered, greedy idiot. Yeah, he was dumb in the first 3, but also funny and loving and had had character development. His behavior in the first 20 mins of this pretend Hotel Transylvania was horrific - his "Johnny Takeover" of Drac's party must of been the brainchild of a drunken psychopath instead of the Johnny we know and love. The real Johnny would not have planned to completely take over and disregard something Drac had meticulously planned and looked forward to for weeks, especially when it was a party for Drac. His behavior, not the expository dialogue used to try to make it about him being accepted as family (which had already been done in the first 3), indicated someone who was ecstatic to be handed something they hadn't worked for on a golden platter for the "greatest Johnny Takeover". So disrespectful of Drac's feelings and hard work. No wonder Drac was hesitant to give him his life's work. He and Mavis (for the most part) acted entitled and whiny; like rich kids who've lived off their rich parents and played up to them in full expectation of being in the will. Drac didn't owe them anything. Johnny lost all previous maturity and Mavis fully supported him being irresponsible and rude. They tried to make it about Johnny just being himself. There's a difference between being yourself and demanding others let you live off and walk all over them. Shut up, Mavis. Maybe say thanks to your Dad for loving and caring for you and your (in this movie) delinquent husband and encourage your husband to become a better man (more like the previous movies). Oh, and real mature always screaming "This is all your fault!" You didn't even worry about your dad being human.
38 people found this helpful

Sonia C.Reviewed in the United States on January 14, 2022
1.0 out of 5 stars
They should have stopped at #3
Verified purchase
Soooo disappointed. Was so excited when I heard there would be a HT4. As soon as it started I knew something was off. Drac didn't sound right. I found out at the end of the movie why when I didn't see Adam Sandler's name shown as the voice of Drac. Then the plot went way off somewhere I didn't expect it to go. They could have made it so much more interesting. I think the writers and the new directors on this one didn't look at the first 3 movies because if they had, they would have came up with a much more interesting plot and directed a better movie. There were a few good laughs but they took too long to come. Also the end should not have been added as a cartoon. Kids would like this movie but most adult fans would be highly disappointed. It was such a waste of time. I wouldn't recommend. We need a HT4 redo with a real plot and with all of the original cast.
22 people found this helpful
See all reviews
Back to top
Get to Know Us
Make Money with Us
Amazon Payment Products
Let Us Help You
EnglishChoose a language for shopping. United StatesChoose a country/region for shopping.
© 1996-2022, Amazon.com, Inc. or its affiliates