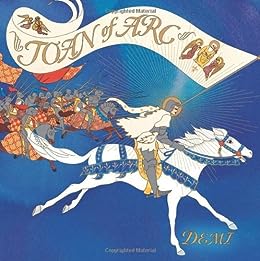 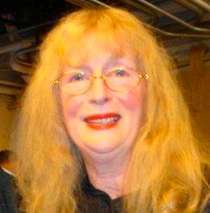 by Demi (Author, Illustrator) Format: Kindle Edition
See all formats and editions
Sorry, there was a problem loading this page. Try again.

As a young girl in a small village in France, Joan prayed daily that France would be delivered from the English and Burgundian invaders who were ravishing the country. When Joan was thirteen, she had a life-changing experience. The archangel Michael appeared in a vision and told her that she would save the kingdom of France and lead the dauphin (heir to the throne) to Reims Cathedral to be crowned king.

Calling herself the Maid of God, Joan set off to gather an army, win a number of crucial battles, and install the dauphin on the French throne. Although the king later deserted her when France’s enemies put her on trial for heresy and burned her at the stake, her bravery and faith inspired the French people and led them to victory.

Demi has drawn Joan’s battles and triumphs with exquisite detail inspired by the stained glass, architecture, painting, and sculpture of the fifteenth century.

Ages 8-12 Author-illustrator Demi (Rumi: Whirling Dervish) does her usual visually stunning work in this illustrated biography of the storied Joan of Arc, a patron saint of France. The outlines of Joan s life are known well enough: pious and unsophisticated young Joan hears voices from God that send her to the 15th-century court of the Dauphin, Charles of France. Her victories in battle assure the ascension of the opportunistic Charles to the French throne. But when Joan, heeding secular rather than divine guidance, begins to fail, Charles abandons her, leading to her capture by the English and martyrdom. Demi goes into detail in glorious color, from deep regal blue to medieval gold, bordering her illustrations with small symbols that introduce young readers eyes to the glories of illuminated manuscripts and Book of Hours visual richness. The message of female empowerment is a bonus. Recommended for libraries and especially for Catholic educators, who can put to good use fresh renderings of the lives of familiar saints. --Publisher s Weekly, August 15th Issue

Ages 8-11 Demi s biography of Joan of Arc contains bright illustrations evocative of the text and in the spirit of 15th century medieval art. In a note, Demi lists the books she has studied and the artwork that was inspiring to her. Sections of the text will be hard for some children to understand because of the names and some higher-level vocabulary. The book will be useful to students who need to know about Joan for reports, or for browsing the artwork. The story, however, will not be as useful or enjoyable. It gives the facts of her life and tells of her hearing the voice of God. Definitely purchase this book for the stunning artwork. Ellen Spring, Librarian, Rockland District Middle School, St. George School, Thomaston Grammar School, Maine. Recommended. --Library Media Connection, January/February Advanced Reviews --This text refers to an alternate kindle_edition edition.

Demi lives in Yarrow Point, Washington State. Some of her other picture-book biographies are Alexander the Great, Tutankhamun, Rumi: Whirling Dervish, and Marco Polo. --This text refers to an alternate kindle_edition edition.

Demi was born in Cambridge, Mass. She studied at the Instituto Allende in Guanajuato, Mexico, at Immaculate Heart College with Sisters Magdalen Mary and Sister Corita in Hollywood, California. She also studied at the M.S. University in Baroda, India, while on a Fulbright Scholarship, as well as the China Institute For Arts in New York City.

Her husband Tze-si Huang introduced her to the religion, folklore, ancient culture, and history of China.

Demi has illustrated and authored more than 300 children's books including biographies of Jesus, Buddha, and the Dalai Lama, as well as folktales such as The Empty Pot and Liang and the Magic Paintbrush. Her work has received many awards and accolades, among them the Christopher Award, which recognizes individuals whose work makes a positive difference in the world, and the Middle

Jann Elaine
2.0 out of 5 stars Not That Accurate
Reviewed in the United States 🇺🇸 on June 2, 2021
Verified Purchase
Joan of Arc is my patron Saint so I probably have read more and am more particular about her than most.

That said, my complaints are that this book is not very accurate. Joan was burned simply for cross-dressing, which the church allowed her to do based on context (she wore men's clothes to avoid molestation and rape while surrounded by men in prison or on the battlefield). The book mentions the cross-dressing but has a whole section about her "repenting" for signing a confession (which she couldn't read as she was illiterate), which wasn't even the point, but alludes this is what led to her sentencing somehow.
Furthermore, there are several pages dedicated to the king telling her to stay and her wanting to go home and how "her voices deserted her" as a result, implying she sinned by being obedient to her rightful leader/king.
I can't find any basis for this occurrence in other sources, I think the author used it to shoehorn in that God allowed her to be captured BECAUSE of this supposed mistake on Joan's part (which isn't accurate).

For most readers this won't significantly impact the otherwise accurate story of such an incredible woman, however, I think the author should have done better than making stuff up and getting significant details wrong.

That said, I love the illustrations, I just will be editing our family version to make sure the story is actually accurate/factual. Because Joan deserves better.
Read more
8 people found this helpful
Helpful
Report abuse

Kindle Customer
5.0 out of 5 stars Beautiful
Reviewed in the United States 🇺🇸 on December 8, 2017
Verified Purchase
All of Demi's books are beautifully done and fairly thorough. Love them! This is written about Joan as heroic and easy for children to read without getting into too many details of her trial.
Read more
One person found this helpful
Helpful
Report abuse

Michelle H.
5.0 out of 5 stars Beautiful Biography
Reviewed in the United States 🇺🇸 on March 18, 2012
Verified Purchase
Demi's artwork alone make this a stand-out book. The text is easy to understand all about Joan's life. This book could easily be used for research or as a read aloud. Joan's story is fascinating and Demi has done a wonderful job of presenting her life as illuminating.
Read more
One person found this helpful
Helpful
Report abuse

Timasmom
5.0 out of 5 stars Five Stars
Reviewed in the United States 🇺🇸 on March 8, 2016
Verified Purchase
This beautiful book is well written. My kids enjoyed listening to the story and were fascinated by the pictures.
Read more
One person found this helpful
Helpful
Report abuse

Jane Austen
5.0 out of 5 stars Beautiful book.
Reviewed in the United States 🇺🇸 on December 11, 2013
Verified Purchase
This book is just beautiful and it's pretty detailed. Children of all ages will love the pictures and the story is beautifully done as well.
Read more
One person found this helpful
Helpful
Report abuse

Chris Maska
5.0 out of 5 stars Excellent Book
Reviewed in the United States 🇺🇸 on July 23, 2014
Verified Purchase
This is a very beautiful book that tells the story of a young girl who saved her county and became a saint.
Read more
One person found this helpful
Helpful
Report abuse
See all reviews
Report an issue
Does this item contain inappropriate content?
Report
Do you believe that this item violates a copyright?
Report
Does this item contain quality or formatting issues?
Report