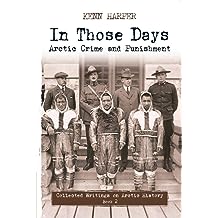 Kenn Harper shares the tales of murderers, thieves, and fraudsters--as well as the wrongfully accused--in the early days of Northern colonization. In the nineteenth and twentieth centuries, settler and Inuit ideas of justice clashed, leading to some of the most unusual trials and punishments in history. 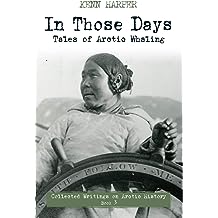 In this third volume of In Those Days, Harper shares stories of the rise and fall of the whaling industry in the Eastern Canadian Arctic. At the turn of the nineteenth century, whale baleen and blubber were extremely valuable commodities, and so sailors braved the treacherous Arctic waters, risking starvation, scurvy, and death, to bring home the bounty of the North. The presence of these whalemen in the North would irrevocably alter the lives of Inuit.

Along with first-hand accounts from journals and dozens of rare, historical photographs, this collection includes the myth of the Octavius—a ship that drifted for twelve years with a frozen crew—encounters between sailors and Inuit, tales of the harrowing hazing rituals suffered by first-time crew members, and much more. 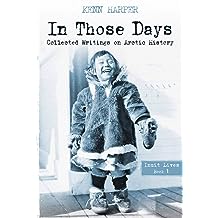 Arctic historian Kenn Harper gathers the best of his columns about Inuit history, which appear weekly in Nunatsiaq News, in this exciting new series of books.

Each installment of In Those Days: Collected Columns on Arctic History will cover a particularly fascinating aspect of traditional Inuit life. In volume one, Inuit Biographies, Harper shares the unique challenges and life histories of several Inuit living in pre-contact times.

The result of extensive interviews, research, and travel across the Arctic, these amazing short life histories provide readers with a detailed understanding of their specific time and place.