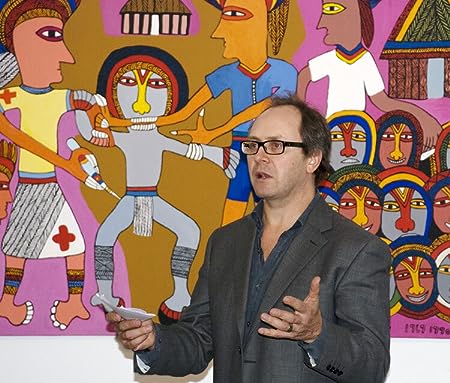 Nicholas Thomas, who grew up in Sydney, visited the Pacific Islands first in 1984. He has written many acclaimed books about art, history and cross-cultural encounter, and collaborated in exhibition and book experiments with artists including John Pule and Mark Adams.

His books include Entangled Objects (1991), a celebrated exploration of the changing lives of things in the Pacific; Discoveries: the voyages of Captain Cook (2003); Islanders: the Pacific in the Age of Empire (2010) which was awarded the Wolfson History Prize; The Return of Curiosity (2016), about what museums offer today, and most recently Voyagers: the settlement of the Pacific (2021).

Thomas co-curated, with Peter Brunt and Adrian Locke, the landmark exhibition Oceania, shown at the Royal Academy of Arts in London and the Musée du quai Branly-Jacques Chirac in Paris over 2018-19.

Nicholas Thomas lives in the Corbières, in the south of France and in London with his partner Annie Coombes, and their son. 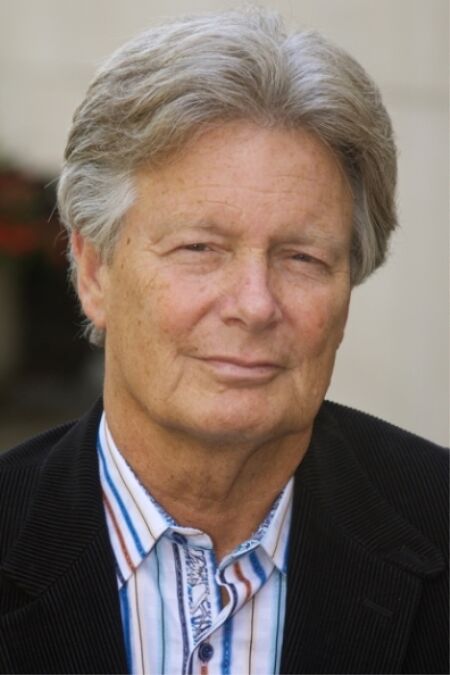 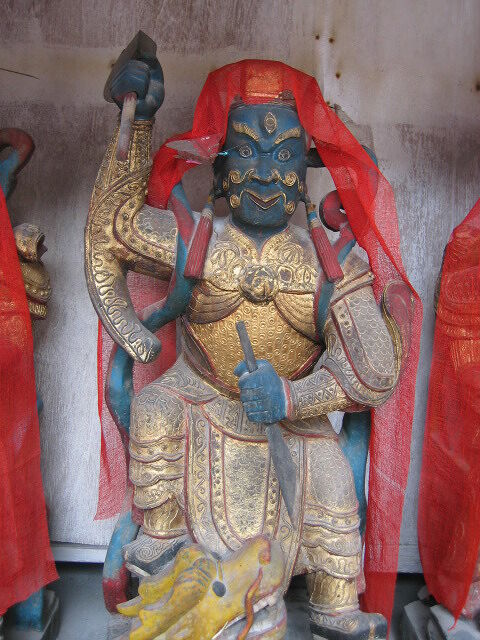 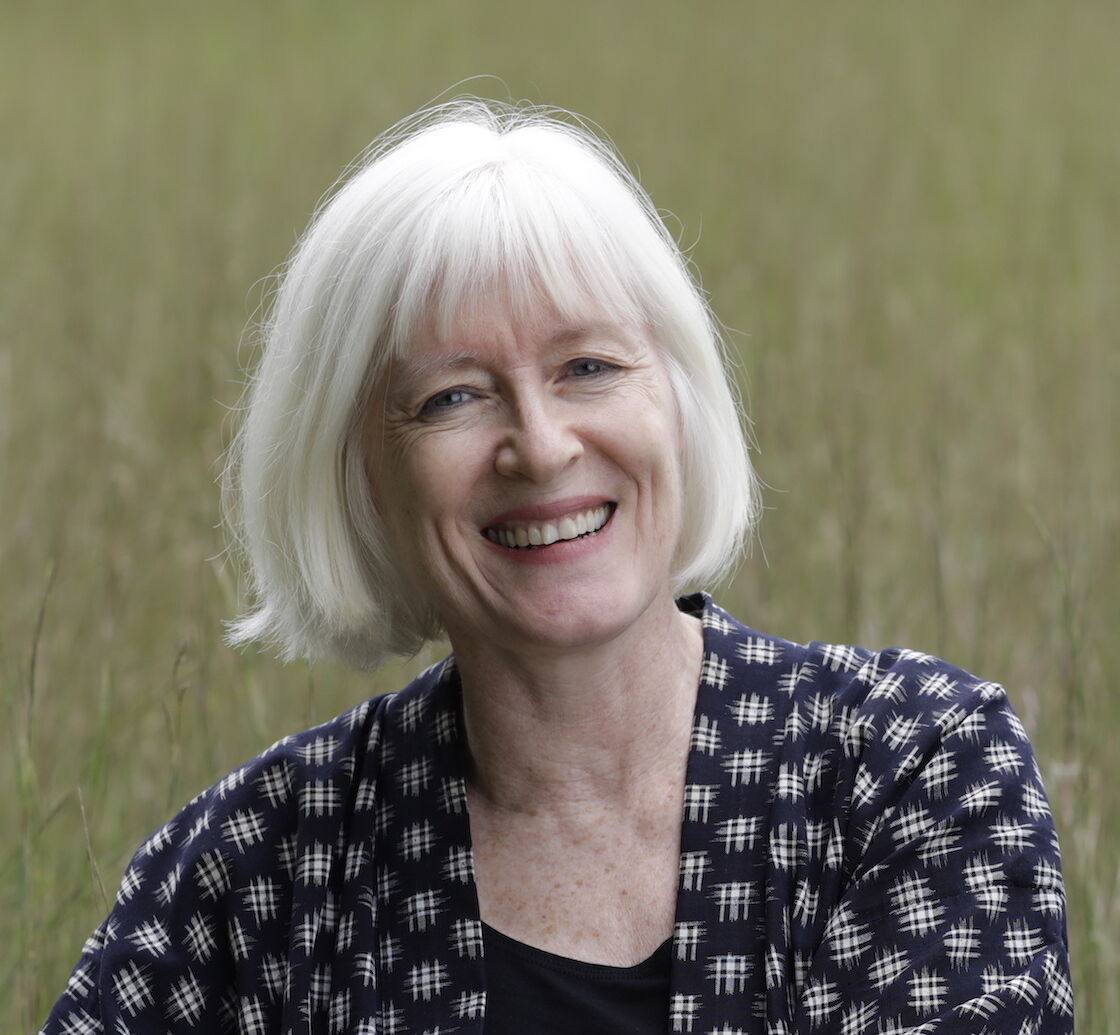 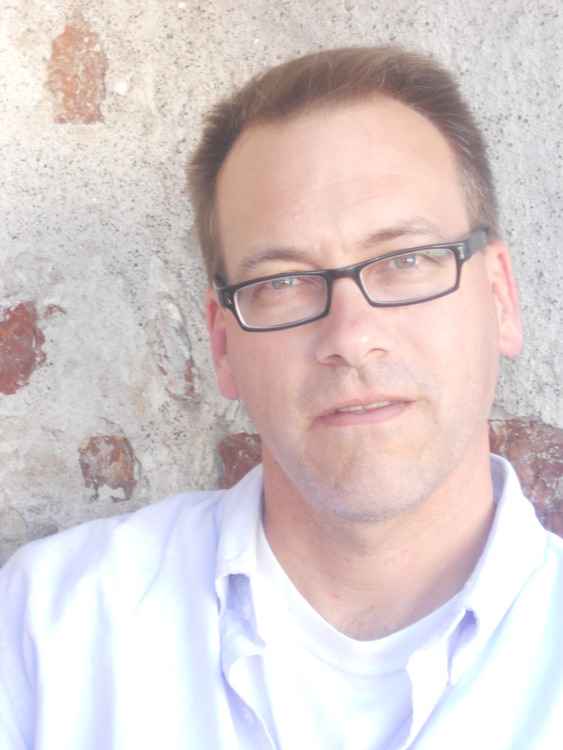 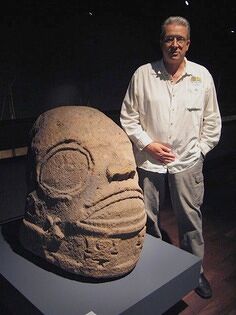 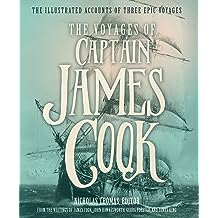 This is history's greatest adventure story. In 1766, the Royal Society chose prodigal mapmaker and navigator James Cook to lead a South Pacific voyage. His orders were to chart the path of Venus across the sun. That task completed, his ship, the HMS Endeavour, continued to comb the southern hemisphere for the imagined continent Terra Australis. The voyage lasted from 1768 to 1771, and upon Cook's return to London, his journaled accounts of the expedition made him a celebrity. After that came two more voyages for Cook and his crew, followed by Cook's untimely murder by natives in Hawaii. The Voyages of Captain James Cook reveals Cook's fascinating story through excerpts from his journals, as well as illustrations, photography, and supplementary writings.

During Cook's career, he logged more than 200,000 miles - nearly the distance to the moon. And along the way, scientists and artists traveling with him documented exotic flora and fauna, untouched landscapes, indigenous peoples, and much more. In addition to the South Pacific, Cook's voyages took him to South America, Antarctica, New Zealand, the Pacific Coast from California to Alaska, the Arctic Circle, Siberia, the East Indies, and the Indian Ocean. When he set out in 1768, more than one-third of the globe was unmapped. By the time Cook died in 1779, he had created charts so accurate that some were used into the 1990s.

The Voyages of Captain James Cook is a handsome illustrated edition of Cook's selected writings spanning his Pacific voyages, ending in 1779 with the delivery of his salted scalp and hands to his surviving crewmembers. It's bound to enthrall anyone who appreciates history, science, art, and classic adventure. 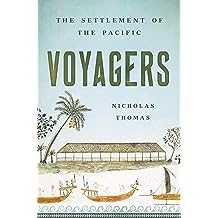 An award-winning scholar explores the sixty-thousand-year history of the Pacific islands in this dazzling, deeply researched account.

One of the Best Books of 2021 — Wall Street Journal

The islands of Polynesia, Melanesia, and Micronesia stretch across a huge expanse of ocean and encompass a multitude of different peoples. Starting with Captain James Cook, the earliest European explorers to visit the Pacific were astounded and perplexed to find populations thriving thousands of miles from continents. Who were these people? From where did they come? And how were they able to reach islands dispersed over such vast tracts of ocean?  In Voyagers, the distinguished anthropologist Nicholas Thomas charts the course of the seaborne migrations that populated the islands between Asia and the Americas from late prehistory onward. Drawing on the latest research, including insights gained from genetics, linguistics, and archaeology, Thomas provides a dazzling account of these long-distance migrations, the seagoing technologies that enabled them, and the societies they left in their wake.
Read more
Other Formats: Audible Audiobook , Hardcover , Paperback 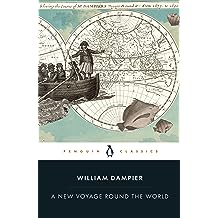 'A roaring tale ... remains as vivid and exciting today as it was on publication in 1697' Guardian

The pirate and adventurer William Dampier circumnavigated the globe three times, and took notes wherever he went. This is his frank, vivid account of his buccaneering sea voyages around the world, from the Caribbean to the Pacific and East Indies. Filled with accounts of raids, escapes, wrecks and storms, it also contains precise observations of people, places, animals and food (including the first English accounts of guacamole, mango chutney and chopsticks). A bestseller on publication, this unique record of the colonial age influenced Robinson Crusoe, Gulliver's Travels and consequently the whole of English literature.

Edited with an Introduction by Nicholas Thomas 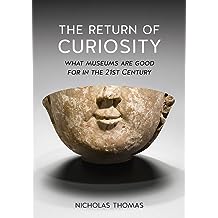 The Return of Curiosity: What Museums are Good For in the Twenty-first Century Jun 19, 2016
by Nicholas Thomas
( 17 )
$9.99
Over the last twenty years museums have proliferated, attracting new audiences and assuming new prominence in public life. The Return of Curiosity offers a fresh perspective on museums and what they may now be good for. Nicholas Thomas argues that what is special about museums are their collections, which are not just rich resources for reflection, but creative technologies that enable people to make new things in the present.

Reflecting on art galleries, science and history institutions, and museums around the world, Thomas shows that in times marked by insecurity and increasing conflict, museums can help to sustain and enrich society. They stimulate a curiosity that is vital to understanding and negotiating the cosmopolitan but dangerous world we all now inhabit.

The Return of Curiosity is a book that anyone who visits and enjoys museums will find engaging and stimulating. Curators, arts and heritage professionals, policymakers and all museum studies teachers and students need to own and read this influential book.
Read more
Other Formats: Paperback 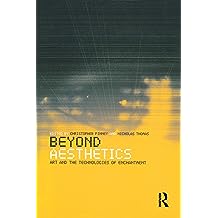 Beyond Aesthetics: Art and the Technologies of Enchantment May 25, 2020
by Christopher Pinney, Nicholas Thomas
( 1 )
$45.95
The anthropology of art is currently at a crossroads. Although well versed in the meaning of art in small-scale tribal societies, anthropologists are still wrestling with the question of how to interpret art in a complex, post-colonial environment. Alfred Gell recently confronted this problem in his posthumous book Art and Agency. The central thesis of his study was that art objects could be seen, not as bearers of meaning or aesthetic value, but as forms mediating social action. At a stroke, Gell provocatively dismissed many longstanding but tired questions of definition and issues of aesthetic value. His book proposed a novel perspective on the roles of art in political practice and made fresh links between analyses of style, tradition and society. Offering a new overview of the anthropology of art, this book begins where Gell left off. Presenting wide-ranging critiques of the limits of aesthetic interpretation, the workings of objects in practice, the relations between meaning and efficacy and the politics of postcolonial art, its distinguished contributors both elaborate on and dissent from the controversies of Gells important text. Subjects covered include music and the internet as well as ethnographic traditions and contemporary indigenous art. Geographically its case studies range from India to Oceania to North America and Europe.
Read more
Other Formats: Kindle , Paperback 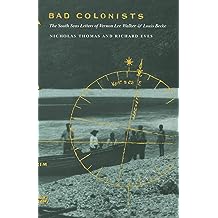 Bad Colonists: The South Seas Letters of Vernon Lee Walker and Louis Becke Aug 1, 2012
by Nicholas Thomas, Richard Eves
( 1 )
$19.98
In Bad Colonists Nicholas Thomas and Richard Eves provide a window into the fantasies and realities of colonial life by presenting separate sets of letters by two late-nineteenth-century British colonists of the South Pacific: Vernon Lee Walker and Louis Becke. Thomas and Eves frame the letters—addressed mostly to the colonists’ mothers—with commentary that explores colonial degeneration in the South Pacific. Using critical anthropology and theories of history-making to view the letter as artifact and autobiography, they examine the process whereby men and women unraveled in the hot, violent, uncivil colonial milieu.
An obscure colonial trader, Walker wrote to his mother in England from Australia, the New Hebrides (now Vanuatu), and New Caledonia—and also from ships in between those places—during the 1870s and 1880s. Becke was a trader, too, but he was also a successful author of popular fiction that drew on his experiences in the Pacific. Written from Micronesia in the early 1880s, Becke’s letters are like Walker’s in that they report one setback after another. Both collections vividly evoke the day-to-day experiences of ordinary late-nineteenth-century colonists and open up new questions concerning the making and writing of selves on the colonial periphery.
Exposing insecurities in an epoch normally regarded as one of imperial triumph, Bad Colonists will appeal to students and scholars of anthropology, colonial history, cultural studies, and Pacific history and culture. 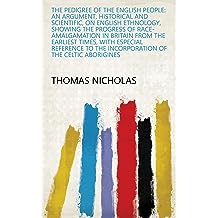 The Pedigree of the English People: An Argument, Historical and Scientific, on English Ethnology, Showing the Progress of Race-amalgamation in Britain ... the Incorporation of the Celtic Aborigines Jun 17, 2018
by Thomas Nicholas
$8.95
This is a reproduction of a classic text optimised for kindle devices. We have endeavoured to create this version as close to the original artefact as possible. Although occasionally there may be certain imperfections with these old texts, we believe they deserve to be made available for future generations to enjoy.
Read more
Other Formats: Hardcover , Paperback 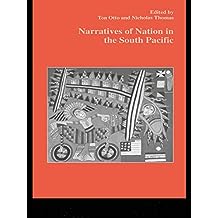 Narratives of Nation in the South Pacific (Studies in Anthropology and History) Jun 27, 2005
by Ton Otto, Thomas Otto, Ton and Thomas Otto
$44.60
It is striking that in many Pacific nations, 'national' narratives are subordinate to other fundamental historical imaginings, such as those concerning local political dynasties and conversion to Christianity. While leaders in Pacific states have frequently sought to legitimate new nations through local 'tradition' and 'custom', these constructions of identity frequently mask divisions arising from gender, hierarchy, and other social relationships. These studies from Papua New Guinea, Vanuatu, Samoa and the Cook Islands add much to our knowledge of historical imaginings and contemporary culture in the Pacific, but raise wider questions concerning the current transformation of national identities.
Read more
Other Formats: Hardcover , Paperback