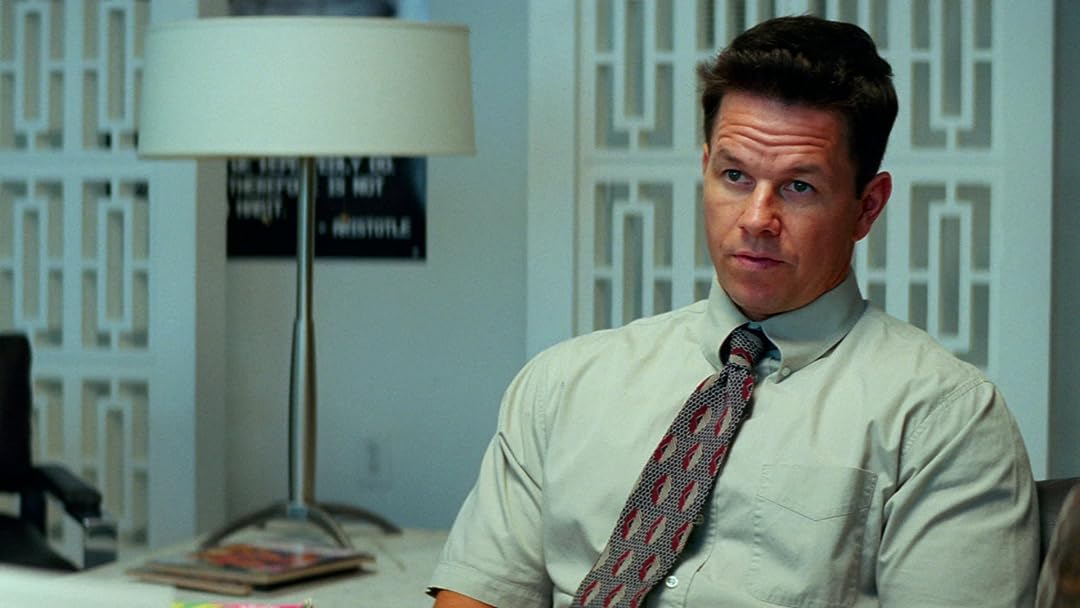 (12,296)
6.42 h 9 min2013X-RayR
When an ambitious group of personal trainers (Mark Wahlberg, Dwayne Johnson and Anthony Mackie) go after the American Dream, they get caught up in a criminal enterprise that goes horribly wrong.

Max HudsonReviewed in the United States on August 1, 2021
1.0 out of 5 stars
GOREY MOVIE
Verified purchase
These actors picked a terrible script. The trouble with this is it was TOO REAL. Gorey.. very Gorey.. cutting up people and showing it! NOT a family movie. I like all the actors in it. Bad decision. Some true stories are better left untold. If there is a moral to it it is that the best "plans" can go terribly wrong. And with crime, that can mean the loss of innocent lives. Which makes one a murderer when they only wanted money...without earning it. I wish I could get my money back. Guys, please take better roles!! Direction lighting, cameras, sound, all great... Too graphic.. didn't expect that from those actors. Glad my kids didn't see it, hope they never do.
23 people found this helpful

OCWOMANReviewed in the United States on December 5, 2021
1.0 out of 5 stars
Everyone makes mistakes...
Verified purchase
...even Mark Wahlberg and Dwayne Johnson. I'm fairly conservative but I can still enjoy a movie that touches the line between between R and X as long as it's fun to watch. This is not fun to watch. It's not just lame, it's potty humor. I kept cringing as each joke fell flat and I swear Wahlberg actually rolled his eyes. I'm sure Michael Bay doesn't count this as one of his shining moments.
19 people found this helpful

telaReviewed in the United States on May 15, 2022
1.0 out of 5 stars
Michael Bay ruins another one. Also unfortunate to see Wahlberg do this garbage.
Verified purchase
I had to skip several parts, they were so absurd. Surprised to come see the higher reviews on this one.

Yes, it's based on a true story. But much like Michael Bay ruined the Transformers universe, this movie based on reality was ruined as well. It's like he just can't help himself from making something with so much potential into complete garbage.

Wahlberg did a great job. You really do get the sense that he believed in his character's beliefs. Ed Harris did a great job as well. He gave this movie the credibility it DESPERATELY needed, but even he couldn't save it as it was just a complete dumpster fire.

First, anachronisms are everywhere. They went to the expense and trouble of finding era appropriate cars just to put modern cars visible 25 feet in the background? And same with the city scenes, just normal cars driving by that were sometimes nearly 20 years too new for the movie. Like, why go to the expense of shooting those scenes if you're not going to bother to even get it right? They go into an Ace Hardware store posing as a Home Depot, but later it's a warehouse store (that could be Home Depot)? They are all over the place.

The biggest problem with this movie is the how the characters are portrayed to the audience. They are portrayed as childlike people who don't understand consequences. The reality is the people that committed these horrific crimes were aware of the potential consequences, but they chose to try to get away with it anyway. There is NOTHING likeable about any of the characters, except maybe the stripper, and obviously Ed Harris' character. But the characters are pushed onto viewers as if they are likeable, nice guys, who are just trying to get ahead. No, they are cold, hardened criminals who show no hesitation or remorse. The only thing they got right is they weren't super bright. Dwayne Johnson has never been a good actor and never will so this movie is definitely within his abilities. But it was sad to see Walhberg stoop down so much. You'd think by the time this movie was made, actors would know to stay away from anything Michael Bay does, but I guess they just wanted the paycheck.

Another weird thing is they try to make it a comedy at times, but it doesn't match the darkness and the reality of the actions that are happening. It's almost like Bay wants us to be happily watching this movie chuckling about murder. Really and truly disgusting interpretation of actual events. The comedy isn't good of course, it's never relevant, and never necessary. It's almost like some assistant director said hey let's put a joke here to lighten up this very dark movie. But that's not what it does, it just confuses the purpose of the film more.

This would have been MUCH better as a documentary, because the real story is crazy enough it could have been much more worthwhile to watch in that format.

What you do with your time is your choice, but proceed with caution. Or even better, I wouldn't proceed at all if I had to choose again.

joel wingReviewed in the United States on March 22, 2020
4.0 out of 5 stars
Hilarious dark comedy of 3 bodybuilders kidnapping the rich to achieve the American dream
Verified purchase
Pain and Gain was a Michael Bay production starring Mark Wahlberg as Daniel Lugo, Dwayne Johnson as Paul Doyle, Anthony Mackie as Adrian Doorbal, Tony Shalhoub as Victor Kershaw, and Ed Harris as Ed DuBois. This was by far Bay’s most restrained release as there was none of the big explosions and gunfire that he was known for. Instead Pain and Gain was a true crime story about three body builders, Daniel, Paul and Adrian who had a twisted sense of the American Dream. They believed they worked really hard on their bodies but had nothing to show for it when they should. What they decided to do led by Lugo was to rob the rich so they could join them. They started with Kershaw who they believed was a jerk and didn’t deserve his riches. They actually believed that was how they were going to be self-made men.

The movie is actually a dark comedy. Daniel, Paul and Adrin were dummies and had no idea what they were doing. They go from one screw up to another in their schemes. For instance they go to a parking lot and surround the wrong car to carry off a kidnapping. Lugo’s plans were all the blind leading the blind. After that they only escalate things over and over. That’s what makes the movie so good. You can’t believe what these guys tried to do, many of which were very funny.
C
11 people found this helpful

YReviewed in the United States on April 9, 2020
1.0 out of 5 stars
Waste of film footage.
Verified purchase
LOVE the actors but this movie STINKS. Didn't even watch 1/2 of it it was so stupid. Really have to wonder what the actors were thinking making this dud movie. Tried to watch the whole thing but barely made it to the 1/2 mark when it finally was just too much to watch more. SUPER bad movie.
15 people found this helpful

AnthonyReviewed in the United States on August 1, 2022
4.0 out of 5 stars
Dope movie not meant for the faint of heart
Verified purchase
This movie is one of those movies you watch for the craziness and to get a laugh at but eventually towards the end of the movie you get the actually the horror and realization of what terrible things these guys did. I've heard some criticize this movie like they did with wolf of wall street for glorifying the characters (which both movies are based off true stories and events) But I truly think the movie does a good job of how bad these guys were even though we did sort of root for them in the beginning. We can understand the characters dilemmas and sympathize with that but doesn't excuse what they did. Any who... Great movie with a lot of laughs and woahs! I would reccomend it to people between the ages of 18-40 (mostly guys) but for sure not a family movie.
One person found this helpful

Movies Are CinemaReviewed in the United States on March 13, 2021
1.0 out of 5 stars
Hated this Film.
Verified purchase
While based on a true story, I found nothing to like about this film. While normally I would enjoy some outlandish characters, the two partners in crime have no redeeming qualities. Watching Dwayne Johnson acting like a woosie on steroids is pure agony. Mark Wahlberg holds his own as the scheming low life. This is another film I wish I could give ZERO stars to.
5 people found this helpful

santa cruz womanReviewed in the United States on April 10, 2020
5.0 out of 5 stars
funny in a dark way excellent
Verified purchase
i like ed harris enough to watch anything he is in and saw a mag review of this that mentioned him. i would have passed as i saw 1 pic with johnson about a skyscrapper and think of muchael bay as movies with fireballs. this was an unexpected surprise. so glad i rented it and am going to buy it. excellent acting by all including johnson. well directed too. funny as a black comedy. 2 basically have to wear crocs because they are too dumb to tie their shoes. the leader of the crime ring is good at finding stupid people to believe his stupid stories. only harris rings true as a detective but those criminals did exist and do their stupid crimes. could not stop watching as it unfolded. give it a try it is worth the money walburg has done some interesting pics, i think this is one of his best.
2 people found this helpful
See all reviews
Back to top
Get to Know Us
Make Money with Us
Amazon Payment Products
Let Us Help You
EnglishChoose a language for shopping. United StatesChoose a country/region for shopping.
© 1996-2022, Amazon.com, Inc. or its affiliates