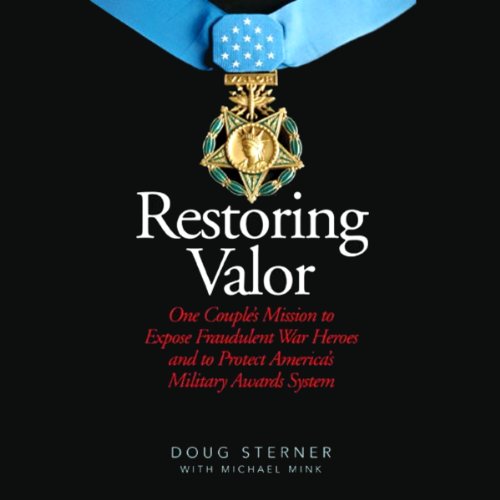 Stolen valor occurs when a person lies about receiving military decorations that he or she has in fact never earned. It has become a major societal problem that has been discussed numerous times in the news and, most recently, by the US Supreme Court. According to The New York Times, the Department of Veterans Affairs paid disability benefits to more than six hundred people falsely claiming to have been POWs in the Vietnam and Persian Gulf wars. The number of stolen valor cases reported to the FBI has tripled in the last decade. In fact, more imposters lie about earning high military declarations for battlefield bravery than the actual number of real-life hero recipients. These imposters trade on tales and the trappings of military valor to secure privileges such as career advancements and even unearned veterans’ benefits.

Because officially recognized valor is a calling card of trust and courage, many of these imposters steal” it to invade the lives of people and institutions, for personal gain and often with criminal results. In Restoring Valor, Doug Sterner provides riveting case studies of the stolen valor imposters he’s investigated and exposed, and the serious crimes — including murder — they’ve committed. He chronicles the evolution of stolen valor from the inception of the republic to today. Sterner demonstrates why the federal law he and his wife Pam helped to enact, called the Stolen Valor Act, is necessary.

Enjoy this audiobook free + more
Learn more about Membership
List Price: $24.95
You Save: $12.96 (52%)
By completing your purchase, you agree to Audible’s Conditions Of Use
Sold and delivered by Audible, an Amazon company

Jan Girando
5.0 out of 5 stars Real People Who Made a Difference
Reviewed in the United States on March 6, 2014
Verified Purchase
Doug and Pam Sterner are "regular folks". They are not rich or particularly politically connected. But there is nothing "regular" about their dedication to our American heroes. They are humble, amazingly loyal patriots. But they do more than talk the talk. They walk the walk.

A Bronze Star recipient for his service during the Vietnam war, Doug watched incredulously as fakes and phonies claimed military successes they never earned. It was too much. He decided to debunk these pretenders. Using public records, he began the enormous project of setting up a detailed database of those who had received our nation's highest awards for meritorious military service. His database verified the individuals name, branch of the service, rank, award received and listed the full description of the actions prompting that award. Gradually, he was able to contest those who dishonestly claimed to be heroes. Politicians, governmental officials, and private citizens began turning to him with questions -- and he was able to debunk or confirm that an individual was in fact a true hero or was, unfortunately, gaming the system for his own aggrandizement. Pam, a student during part of the time Doug was generating the database, began writing a paper on the topic of those who claimed awards they had never really earned. Her work was so significant that the paper became the starting point for what ultimately became the Stolen Valor Act.

Pam and Doug urged politicians and governmental officials to author and/or support the Act. They met with Congressional representatives and appeared before Congressional committees. They debunked case after case of fraudulent claims of heroism. Along the way, they helped countless private citizens learn more about their own relative's high awards and made it possible for those families to memorialize their loved ones (often many years after their death) and preserve their stories for the future.

Although there were setbacks along the way, this amazing couple (who never looked for recognition themselves, but stood in line with others to get into the Supreme Court to hear the case on the Act they initiated) was able to move the dial of history. A revealing book written by two who know this important subject like no one else.
Read more
9 people found this helpful
Helpful
Report abuse

diawoods
4.0 out of 5 stars Interesting topic that is not as well known as other topics on Vietnam.
Reviewed in the United States on April 2, 2019
Verified Purchase
The authors did real research to come to their conclusions about real and wanna be Vietnam Vets. They worked hard to get legislation passed in Washington to protect soldiers who were honestly awarded medals. Well worth reading!
Read more
One person found this helpful
Helpful
Report abuse

Pvt. W. G. Kirby Amazon Customer
4.0 out of 5 stars THE TRUE STORIES OF PEOPLE WHO " STEAL" FROM OUR HEROES EVERY DAY.
Reviewed in the United States on November 24, 2014
Verified Purchase
These books tell the stories of people who pretend to be Vietnam War heroes but in reality never set foot outside the USA and in many cases were NEVER in the military. Low life liars seeking personal aggrandisement, notoriety, and in many cases reward, while true veterans are struggling to deal with PTSD, mistaken guilt, and physical and social grief. My complaint is neither book give enough actual information about more of these creeps. Paint heir names and deeds across the pages for all to learn about their dastardly behavior! The books are well done and important, but truly are depressing and saddening to read. Quality publishing efforts shine through . Amazon does a good job in delivery, as usual. Why not five stars? I keep one star to remind us of the ones we lost in Vietnam...physically and psychologically .
Read more
5 people found this helpful
Helpful
Report abuse

PIKCAP
5.0 out of 5 stars Both this excellent book Restoring Valor
Reviewed in the United States on June 25, 2018
Verified Purchase
Both this excellent book Restoring Valor, exposing these F'n phonies, wanna-bees and sick individuals, and the just as excellent Stolen Valor by B.G. Burkett and Glenna Whitley, should be required reading. I was in the Marine Corp, one of the smallest at 5'4", and dammed proud of my service in Vietnam. This book is a great read!
Read more
One person found this helpful
Helpful
Report abuse

susan james
5.0 out of 5 stars Restoring Valor-An Excellent Read!
Reviewed in the United States on August 1, 2014
Verified Purchase
Well-researched book and well-written. A must read by all citizens, not just veterans, on the cost to taxpayers of liars and fakers. Final law in 2013 culmination of great perseverance by dedicated patriots' teamwork in US.
Read more
2 people found this helpful
Helpful
Report abuse

Howard G.
5.0 out of 5 stars wow. just wow. buy this book.
Reviewed in the United States on February 22, 2015
Verified Purchase
You've got no idea how fascinating the subject of stolen valor is until you read the Sterner's treatise on the subject. Highly recommended by this former Marine and VFW Life Member.
Read more
Helpful
Report abuse

A. Lashway
5.0 out of 5 stars Five Stars
Reviewed in the United States on July 26, 2017
Verified Purchase
lots of good work went into writhing this book....I wish more people were involved in uncovering these frauds
Read more
Helpful
Report abuse