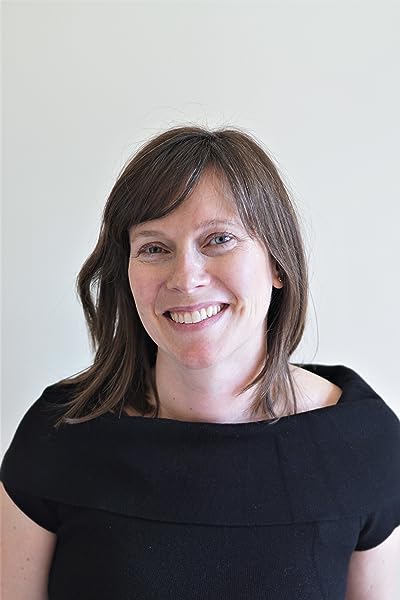 Somewhere: Stories of Migration by Women from Around the World Paperback – November 3, 2020

by Lorna Jane Harvey (Editor)
5.0 out of 5 stars 2 ratings
See all formats and editions
Sorry, there was a problem loading this page. Try again.

An inspiring and timely collection of stories about migration, written from twenty women’s perspectives.

Somewhere is an inspiring collection of stories about migration. Written from twenty women’s perspectives, it brings a refreshing and uniting voice to this compelling and trending topic. More people are likely to be migrating now than at any other time in history, and this is set to increase as climate change and political unrest pushes even more people to relocate. The implications of migration, especially for women, are often unknown, unheard, unspoken. From the fleeing refugee to the political and economic migrant, a broad range of migration by people of many cultures, ethnicities, and beliefs is shared in this book. Identity, belonging, assimilation and alienation are some of the key topics in this sometimes sad but also joyful book. Treasures of wisdom and heartfelt honesty are found in the stories. The book will give the reader hope, encouragement, or insight into a globally relevant subject on a personal level rather than through distant, abstract news stories. Somewhere encourages open-mindedness and is filled with stories that will likely have a strong impact on the reader.

Saturday morning, we sat on a café’s terrace and drank strong coffee and ate warm croissants au chocolat. The château d’Yverdon, a thirteenth-century castle, loomed over us and the cobblestone square. Arms filled with fresh produce, locals stopped at the bustling cafés that had spread their tables, chairs and parasols in the ancient square. The market ambled away from the square down a long, cobbled street. Rough hands worked quickly and efficiently, weighing an array of orange, purple, red, yellow, white and brown root vegetables. Salads, cabbages and chards crowded shiny tomatoes and peppers. Berries and plums filled dainty baskets in front of the coarse vegetables. Fresh scents of grandmothers’ kitchens and sweet black earth overwhelmed the senses. A mushroom verifier stood in front of the mushroom stall. Amateur mushroom-hunters brought small baskets of mushrooms they’d picked and asked for the expert’s approval before they dared eat them. Curry prickled my nostrils as I passed the Eastern stall, with its matching Eastern salesman, who shouted the names of his spices in Arabic. Glistening olives and kumquats, dried figs and apricots tempted us. I bought a bag of apples from a ruddyfaced elderly man, and we headed home for a lunch of strong Gruyére cheese with warm bread.

The afternoon slipped by lazily as we sipped crisp white Fendant wine on the terrace. Three green and yellow fields away, there was the village of Subsilva, to which we belonged. I could make out large farmhouses and the sharp belltower that emerged out of the mangle of tiled roofs. We tried to cool off as the day grew hotter. We ate ice cream and slept off the heat behind closed shutters, but woke even hotter and draped cold wet towels around our necks and lay lethargically on the deck. Except for the cicadas buzzing in the vines, the insects and birds had disappeared quietly in the heat.

Distant bells struck five o’clock, and somewhere beyond, sheep rang the small bells around their necks, giving the countryside a constant soft ringing sound. It was the soothing sound of green pastures and cheese. Behind me, the vines shimmered in the breeze. Above them was a stone that marked the limit of Subsilva and the village of Champvent, where I grew up. Twelve airplanes silently drew white lines in the sky. A few parachuters dropped to the ground; one screamed in delight.

As the day ended, a nightingale sang delicately from the forest. The farmers harvested many of their fields, and the grapes waited to be picked. I felt as if I were on a castle’s terrace, because of the commanding, sweeping view of the valley and far-off villages. Like a fire in the distance, a full orange moon rose over the mountain. The air cooled as evening finally came. The scents of my childhood wafted around. Scents of turned earth, hay, apples, foxes and dry leaves. I was happy to be here. It made a certain kind of sense.

Two months before, we had become migrants when we moved from Vancouver Island in Canada to Switzerland. We came to Switzerland for our children to learn French, for a new experience for my husband, and because I still missed my childhood home, even though I had left Switzerland eighteen years earlier.

We landed in Geneva with a tingling sense of newness. Our daughter, Elise, began to cry. She’d been homeless for a few weeks as we travelled east, far too long for a little six-year-old, and this, this horrid place, was the final blow. She wanted to go home. Except that she had no home, and that made her cry even harder. Elise was a forward, dynamic and witty child with a big smile and a mop of tangled blonde hair. Her world crumbled when we told her of our decision to move, and her tantrums were frequent – she hated the idea of Switzerland and the French language. Her eight-yearold brother, Philippe, was less outspoken but mostly just observed silently as his world crumbled and reshaped.

We hobbled into the underground parking lot and found our rental car. After a forty-five-minute drive under an undistinguishable sky, the hard-edged city had disappeared and we left the highway to drive over hilly country roads surrounded by angular yellow and green fields, occasionally separated by small, dark forests. In the distance, a thin strip of blue sky highlighted the Alps’ white tips. Clusters of stone houses with red tiled roofs grew out of the fields, like porcini mushrooms in a meadow.

We arrived at our new home.

Lorna Jane Harvey is a British, Canadian, and Swiss writer currently located in New Zealand. She has written or edited several books including the novel Jet Black Stones and the book Beverley in 50 Buildings. She has a Bachelor of Fine Arts in Creative Writing, and a Masters in Communication and Applied Linguistics.

Lorna Jane Harvey is a writer currently located in New Zealand. She has written or edited several books including the novel Jet Black Stones, the historical book Beverley in 50 Buildings, and the anthology Somewhere: Women's Stories of Migration. She is also a freelance writer for magazines and an amateur photographer. She has a Bachelor of Fine Arts in Creative Writing, and a Masters in Communication and Applied Linguistics.

5.0 out of 5 stars
5 out of 5
2 global ratings
How customer reviews and ratings work

There are 0 customer reviews and 2 customer ratings.