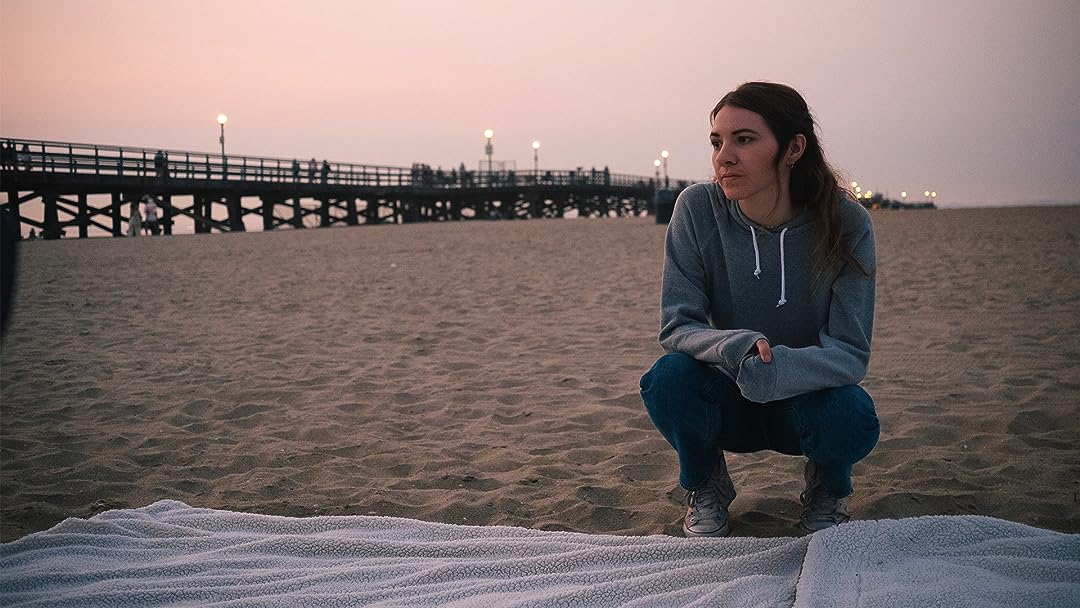 (60)
5.71 h 27 min202113+
An English girl has her life uprooted by her mom for her last year of High School. As if it wasn't hard enough leaving behind what is familiar, this small American town holds past memories for her as she spent years there as a child. Although, the hazy recollections and past history are only a small piece in the uncertainty of teenagehood.

Lawrence RobertsReviewed in the United States on September 30, 2021
4.0 out of 5 stars
Wonderful movie about two girls falling in love. Very well done.
Verified purchase
Who could have known that an elbow touch could have meant so much? I give this movie 4.5 stars. It was excellent and even though slow, I loved it and watched it twice. I thought the acting by Alexandra Swarens and Emma Maddock was simply outstanding. They are actually 30 year old actresses, but I thought they did an excellent job of portraying two 17-18 year old girls. They carried a sometimes awkward dialogue with facial expressions, eye and mouth movements, smiles, frowns, looks of concern, affection, disapproval, acceptance and desire. They even gave the rather sparse dialogue a good exhibition through their shy, coy, take no risks, but keep enough out there so the affection can build interpretation of it. The elbow touch scene when they were watching a movie was simply a classic, and if any one scene defines this movie - that one did. And, it seemed there was hope for happiness at the end – something which does not often occur in stories about lesbian love. So why not 5 stars? Well, it almost is, and maybe I am picking a nit. But their main impediment to their developing love is not the kind of open disapproval, contempt, and even frequent hatred that young people accepting their sexual orientation face in our society. Everybody was just too nice about it. Yes, Rose was shunned, sniped at, and gossiped about, and she overhears that in the ladies room and it causes her to almost destroy a beautiful burgeoning love. But all of that was mostly about her low class economic status, her rebellious social independence, and her circle of pot smoking friends and her imprisoned father. It was not the kind of scathing contempt for her obvious lesbian tendencies that likely would happen in most high schools, and especially towards a girl not in the right clique. That is why I gave it 4 stars and not 5. I do appreciate that the writer/director may have simply wanted to present a story about how difficult it is for young people to understand their sexuality, accept it, express it, and find emotional and intimate love without the destructive interference of society’s taboos, prejudices, and religious guilt. If so, I agree – finding love is not easy even in a near perfect world, but few of us get to live in a world as nearly perfect as Rose and Tyler. And that is why it is 4.5 stars and not 5.0. Having said that, I really enjoyed watching these two girls fall in love. Wonderful movie.
5 people found this helpful

Thespis42Reviewed in the United States on September 12, 2021
3.0 out of 5 stars
Unpretentious and Well-Acted
Verified purchase
This was a touching film about two people trying to find their way to each other. It embraces some of the tropes in regards to movies about first loves and such. However, although this is an LGBT relationship, I was impressed by how it chose to never address that as an obstacle. It seems as though everyone simply accepts that aspect of the characters as a given. I feel like we don't see movies make this choice often enough, so kudos. I think the cast overall is pretty good, especially the two leads. They both have a lot of good moments where they convey their emotions and their inner turmoil wordlessly, and the director gives them the time to do so. That said, there are places where a bit of additional editing would have helped maintain the story's pace, and there are some scenes where added realism would have been added with some additional extras for atmosphere in the scenes in the school. It feels like there are no other students beyond the main cast, as you never see anyone else in the halls, or in the offices. This is most likely a function of the budget, so I understand the decision, even though it would have been helpful to the overall realism of the story. Overall, I enjoyed the movie, and if you like stories in this vein, you are likely to enjoy it as well.
5 people found this helpful

Avg JoeReviewed in the United States on December 10, 2021
1.0 out of 5 stars
Amaturish. Bad direction. Aweful pacing. Looks like a high school production.
Verified purchase
The production quality was so low it didn't rate a B movie. This was more of a highschool production. Bad sound. Aweful pacing with long periods of silence on irrelevant things (not in an art house moody way... more like someone failed editing class).

The supremely poor quality pulled me right out of it.
I bailed in 30 minutes. I already knew it wasn't going to get any better.
Someone with no editing skill, no sound skill, boring dialog that does nothing to setup a situation, or properly introduce the characters.

Imagine taking a camcorder and taping random stuff with your friends and someone makes a movie about it.

R. RetterReviewed in the United States on August 27, 2021
5.0 out of 5 stars
thinking person's romance
Verified purchase
This film is unusual in that its plot is the much-travelled country of high school romance, but it defies many standards of the genre. Its pace is slow (particularly at first), dialog sparse, and the scenes are interesting choices for what they were *not*: not the volleyball game, not the dance, not one instance of anti-gay sentiment or behavior from any character --- none. Alexandra Swarens seems to hate tropes and she threw away all of them, giving us a chance to observe and feel for the people she and Emma Maddox portray. Spring is a movie to absorb, consider, and enjoy if you have patience and empathy.
5 people found this helpful

janedoe13Reviewed in the United States on August 28, 2021
5.0 out of 5 stars
A World Without Hate
Verified purchase
I have also been waiting a long time to see this movie, having first discovered Alexandra Swarens in City of Trees. This film is slow and tender. Who knew elbows could have such chemistry?! It did something I have never seen another film do - as another reviewer pointed out - not one sign of hate or intolerance. It made me imagine and hope for a reality in which this could and will be the case and maybe in some corners already is. It felt new and demanded the audience pay full attention, something hard to do in our technical age.
5 people found this helpful

Jayne SorsReviewed in the United States on November 27, 2021
2.0 out of 5 stars
Incredibly slow
Verified purchase
Incredibly slow, excruciatingly so I get that they were awkward and shy, but so little content and dialogue. I don't get the 5 star ratings. Blankly staring with no dialogue is not nuance. It looks like the filmmaker tried hard, but missed the mark. The fluidity and acceptance of gay and straight relationships was portrayed and moments like those added a little to the film. The acting was good but couldn’t make up for the dialogue or lack there of.
3 people found this helpful

V. AlexisReviewed in the United States on September 10, 2021
5.0 out of 5 stars
Cute
Verified purchase
Enjoyable and light hearted with little to no tropes involved. My only gripe was the scene where they were playing beer pong and the lack of dialogue with one of the main protagonists as she perpetually smiled the whole time without saying a word. It would've been fine had they introduced her prior as having a quiet or shy personality but at this point in the film there was know way to know for certain and it made for a very awkward scene.
4 people found this helpful

kristinaReviewed in the United States on February 14, 2022
5.0 out of 5 stars
A story about lesbians who already exist before the narrative, brilliant
Verified purchase
I really loved the web series form this director, and I remember when the web campaign was happening for Spring but really hadn't kept up with violet wave. But last night i was looking for a decent queer film and to my delight i stopped immediately and thought there it is, they did it! I knew it would be good based on the history but didn't realize to this extent. and Wow. I love the choices of shots to keep the story intimate, but work within the limits of the production. It was really inspiring to see a great lesbian relationship introduction film on a modest budget look so well and be such an enjoyable watch. And again the acting and the chemistry make this screen couple so real and relatable, you'll have butterflies.
3 people found this helpful
See all reviews
Back to top
Get to Know Us
Make Money with Us
Amazon Payment Products
Let Us Help You
EnglishChoose a language for shopping. United StatesChoose a country/region for shopping.
© 1996-2022, Amazon.com, Inc. or its affiliates