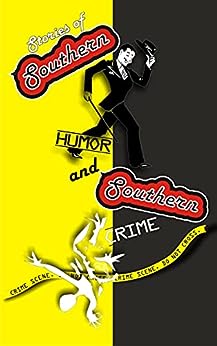 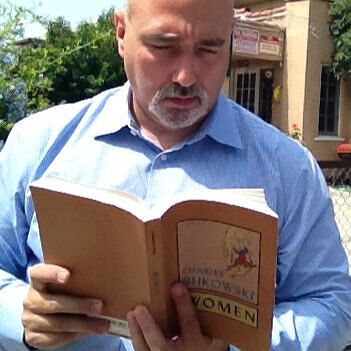 by Sean Hastings (Author), Jason Sheffield (Author), Deborah Lacy (Author), Mark Mellon (Author), J. Stevens (Author), Michael Davis (Author), John Kojak (Author), Con Chapman (Author), Jennifer Milne (Author), William Farmer (Author) & 7 more Format: Kindle Edition
See all formats and editions
Sorry, there was a problem loading this page. Try again.
Humor and Crime that redefines the notion of "Southern" in these 22 stories by 19 authors from across the U.S. Readers laugh out loud, gasp in shock, and nod their heads in understanding at the end of these stories from and well-known authors to a few who are first-time published.
Read more
Previous page
Next page

Mark Mellon
5.0 out of 5 stars An Excellent Crime Fiction Antho
Reviewed in the United States 🇺🇸 on June 12, 2020
Disclaimer: My crime story, The Rag, appears in this and won’t be reviewed. Instead, I’ll focus on the other authors.

Blue Room Books, a small press located in Decatur, GA, has published a fiction anthology that focuses on the “South” with a bifurcated approach; the first third features humorous stories on the general theme of Southernness while the second part deals with crime. I’ve chosen to review the latter stories due to humor being so subjective. A good crime yarn just seems easier to recognize.

These are my thoughts with a caveat to my fellow authors that this only reflects my personal opinion and shouldn’t be taken to heart.

Gun, No Bullets – Roy Richardson. A reflection in short story form on firearms and differing attitudes toward them held respectively by Southern common clay and Northern elites. This might have worked better as an essay instead of a short story. The expository passages seem awkward in a fictional context. The story climaxes in a bloody struggle between a couple, each bearing psychological scars, that ultimately seemed forced to me.
Ice In Her Veins – Patricia Bowen. A very short, hardboiled yarn about a wronged woman out for revenge and an unfortunate hitchhiker who came along for the ride. This story worked well with a good dramatic conclusion.
Nashville Nights – Sean Liam Hastings. One of the standout stories in the anthology. Scott Larsen, an ex-Marine with a counterintelligence background, takes a job in Nashville with an experienced PI. Hastings has a self-confessed obsession with intelligence operations and it pays off with realistic detail and steadily mounting suspense. This writer deserves attention.
Skatin’ On Thin Ice In A Self-Cleanin’ Oven – CK Stephens. A kid in ’70’s South Boston (as I said the Southern theme is general) gets mixed up with Whitey Bulger’s crew and sensibly bugs out. Stephens depicts Southie’s mean streets well, but the story ultimately seemed unsatisfying because it’s a novel excerpt, which I know from personal experience doesn’t always work as a short story.
Judgie – Jason B. Sheffield. A good old boy judge belatedly tries to help his traumatized Vietnam vet son. Judgie movingly conveys how even the best intentions mean nothing in the face of human dysfunction.
Home – William Steven Farmer. The author, a retired fireman, draws on extensive experience in writing this story. He provides a fascinating, bird’s eye view of a difficult, dangerous, vital job about which most people know absolutely nothing.
Married In Haste – Deborah Lacy. A short, effective murder mystery with a twist ending I won’t give away. Lacy is a mystery pro with work appearing in Alfred Hitchcock’s Mystery Magazine and it shows.
Hunter Hunted – Claire Count. An account of the Barker Gang and the event that led to their downfall. Count cunningly sets the reader up for a surprise ending, not tipping her hand.
Paul & Three Pistols – Lee Blevins. The second standout story, about a slacker kid who works at his dissolute uncle’s convenience store and the unexpected consequences that stem from a holdup. Blevins has a genuine feel for family dynamics with tolerance for human foibles and a gift for generating unexpected suspense.
A Flash Of Red – J.B. Stevens. This story previously appeared in Story & Grit, a venue where I’ve also been published. An ex-GI cop has a violent confrontation with a dangerous criminal on the outskirts of Savannah. Stevens has a definite sense of place with a terse, hardboiled style as befits another experienced, published crime writer.
The Best Kind Of Husband – Michael D. Davis. A cheating dog and a good woman collide with fatal consequences and some badly needed assistance from other wronged dames. Another well done, brief crime story.
Malcolm Lost His Head – John Kojak. A tragic piece about a boy who realizes his kid brother is a psychopath too late. An effective bummer of a story.

I recommend this anthology to anyone interested in crime fiction, the South as a literal location or a figurative one, and small press supporters.
Read more
One person found this helpful
Helpful
Report abuse
See all reviews
Report an issue
Does this item contain inappropriate content?
Report
Do you believe that this item violates a copyright?
Report
Does this item contain quality or formatting issues?
Report