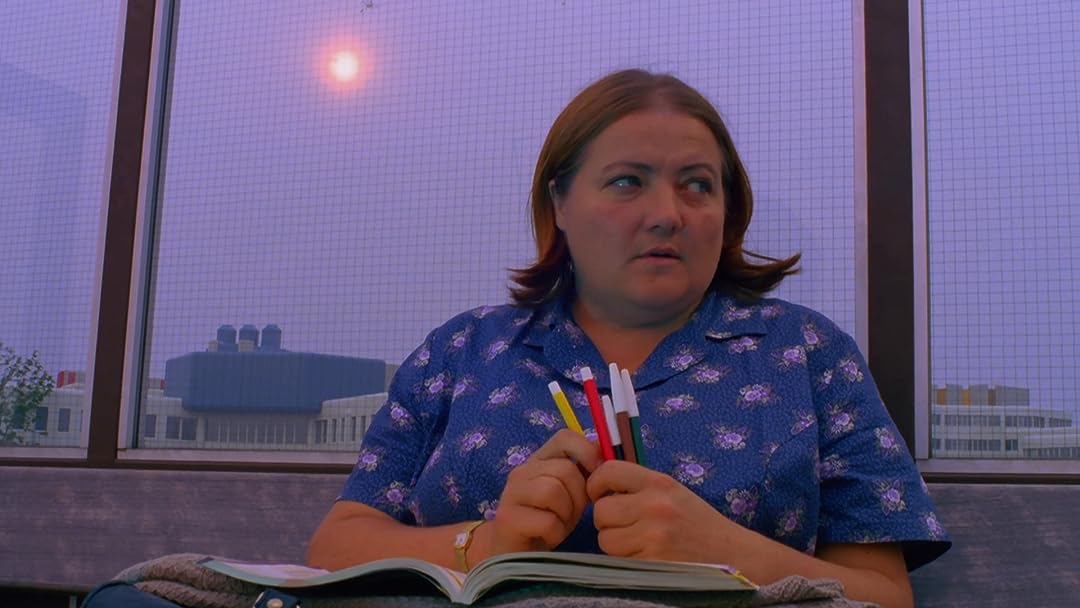 (27)
6.61 h 25 min1985PG-13
An asocial, obese German woman lives in a large city. Unfortunately despite her kind and intelligent personality, she has had a lot of trouble making a connection with people, until she gets a crush on a handsome subway conductor.

Mama DearestReviewed in the United States on January 5, 2022
3.0 out of 5 stars
Like
Verified purchase
Marianne was 40 in this movie but we were supposed to believe she's 23. She looked 40+. But she was still prettier than she was most likely at 23. I thought she was very pretty in fact. I did feel sorry for her character. A lonely overweight (in the description they call her morbidly obese, she is far from) 'young' woman who wants what all lonely people want, love and companionship. What made me pity her was the how she stalked, then settled. Constantly buying him gifts to keep him, even though I don't think the ever expected gifts from her. She's overweight and insecure thus feels she must cater to him in order for him to keep coming back for more. She was very good to him and for him. The ending is the saddest of all. Her desperation and hoping to have him back even though he abandoned her in the worst way, leaving her humiliated. A real man would've never allowed to happen to her what happened then walk away. He was such a coward and I was sooo disappointed because by this time I truly thought there was love. After all the kindness and affection (which he was not given at home) she gave him. Good movie.
6 people found this helpful

Linda BReviewed in the United States on September 15, 2022
5.0 out of 5 stars
Shame on amazon, or whoever wrote the description - and on many reviewers
Verified purchase
This woman isn't "morbidly obese" and the way it is posed is as ugly as the social conventions that anyone less than perfect is unlovable. Further, the audience reviews who argue "it is all just a fantasy" are troubled folks. There is zero in the film to make it seem like it is a "this is all a dream" kind of story. It is astretch ad, I think, based on the insistence that anything short of perfection physically is outcast and unlovable. I am so not a "body positivity" person, and don't have an axe to grind that way. But I totally see why the movement arose when the reaction to a romance between an overweight but lovely woman and some random handsome guy who arguably isn't even her equal, based on the content of the film, is questioned not just by the messed up viewers, but by those presenting the story... Deeply stupid and troubling. Amazon, or whoever pitched this on amazon, and many viewers, are some messed up folks, and need to spend some self scrutiny time finding out why
One person found this helpful

Forest NymphReviewed in the United States on January 20, 2022
4.0 out of 5 stars
Surreal 80s Fantasy
Verified purchase
This film has all the pop culture hallmarks of its time period - pink neon lights, those weird boxy glass windows, 50s memorabilia - but is unlike most films from the decade I've seen. The closest thing to it I'd say is John Waters' Hairspray, but this was released first and doesn't have racial themes.

Our leading lady looks more 33 or even 43 than 23 when the film begins, in her life of dull drudgery only relieved by her weekend binges of snacks and television in bed. The film takes a turn when she suddenly falls madly and obsessively in love with a handsome stranger that most people would say is "out of her league." I won't give the film away, frankly it almost lost me in the middle, but by the end it's pure art.

Amazon CustomerReviewed in the United States on October 5, 2021
4.0 out of 5 stars
unique, original
Verified purchase
points for originality. this film takes on a unique topic, and does so in its own way. the dialogue is sparse, much is conveyed by actions. the centerpiece character is a uniquely unattractive young lady who develops an obsession with an attractive man. in her following of him, it would be creepy if the genders were reversed, but is sort of amusing and pathetic as it is. that she is successful is wholly unexpected, much less the way in which the two hit it off. there is only one conversation of note, that takes place near the end, before reverting to action-based. there is a great deal of attention paid to visuals, esp the colored lights that seem to always be present. you will not feel like you completely understand this film, much less its ending, but you will be both intrigued and amused.
2 people found this helpful

SheriReviewed in the United States on May 14, 2022
5.0 out of 5 stars
"Is it live or is it Memorex?"
Verified purchase
An excellent movie. A woman with the cheerless job working at a mortuary finds meaning and purpose in pursuing a handsome young subway driver she beams in on during her daily transits. Oh, to have someone to care for and who cares for you.

It's not long before her methodical pursuit of mapping out his schedule that she is able to meet him. As others here have commented, there seems to be a discrepancy of age, but somehow the subway driver accepts that she is a bit younger than him when clearly, she is much older in appearance. He is totally accepting of everything about her in fact.

But then here are a lot of strange things, inconsistencies; like the wife looking stylish and pretty at first, and later, looking just average. Are we to believe this is real or a fantasy for the woman? Is it maladaptive daydreaming, the way she might wish her life had gone or did she really find a soulmate? Such daydreaming is a diagnostic psychological disturbance and is triggered by real life events. She was after all watching the news about subway drivers' employment changes. Does she slip in and out of reality to cope with a past family trauma and loneliness? Hmmm, something to consider. At any rate, it all is a bit of fantasy for us when we engage with a film and experience the emotions and feelings with the characters.

I viewed the film a second time. Lots of little clues therein.

Amazon CustomerReviewed in the United States on April 27, 2022
5.0 out of 5 stars
German Expressionism
Verified purchase
This movie is obviously inspired by the great German Expressionists of the 20s/30s and it does a masterful job at bringing to the screen the use of sharp camera angles, clever photo compositions through vertical lines and geometrical shapes, neon lighting, scarce background music and long sequence shots where every particular of the frame is put in evidence. The story is almost surreal and leads the audience to empathize with the female character who is extremely determined to gain the attention of a young man. The ending is not conclusive in a traditional way but invites the viewer to reflect on the fact that life is life, no matter how much you try to tweak the ends to change its course.
One person found this helpful

Red SonyaReviewed in the United States on January 16, 2022
4.0 out of 5 stars
Rushed ending
Verified purchase
Great movie, but terrible ending. It wasn’t so much what happened, but how they rushed it. They make you fall in love with the characters and get used to the slow pacing and then abruptly rush the ending during a climatic moment.
2 people found this helpful

RICHARD ALLENReviewed in the United States on July 22, 2021
5.0 out of 5 stars
Charming
Verified purchase
Entertaining. Leaves you wondering if the her experience was fantasy or reality.
3 people found this helpful
See all reviews
Back to top
Get to Know Us
Make Money with Us
Amazon Payment Products
Let Us Help You
EnglishChoose a language for shopping. United StatesChoose a country/region for shopping.
© 1996-2022, Amazon.com, Inc. or its affiliates