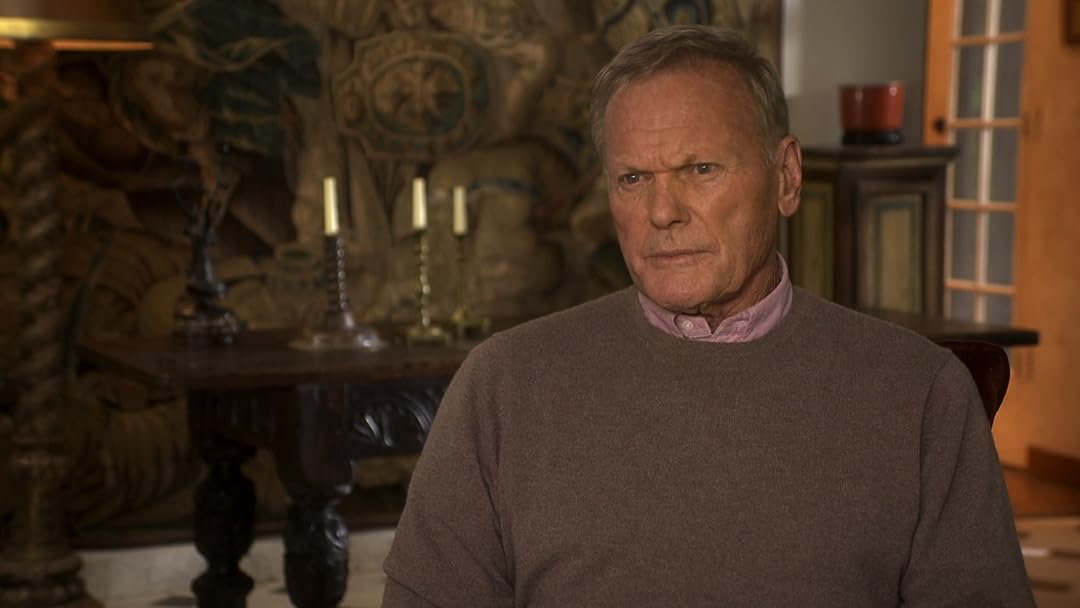 (206)
7.71 h 30 min201516+
In the 1950s, Tab Hunter is number one at the box office and number one on the music charts. He is Hollywood's most sought-after star and America's boy next door. Natalie Wood, Debbie Reynolds and Sophia Loren are just a few of the actresses he is romantically linked to. Nothing, it seems, can damage Tab Hunter's career. Nothing, that is, except for the fact that Tab Hunter is secretly gay.

meReviewed in the United States on July 8, 2022
5.0 out of 5 stars
SO GLAD TAB LEFT THIS GOOD STORY BEFORE HE LEFT THIS WORLD
Verified purchase
This is simply a beautiful human story told by a beautiful person. This could easily have been a Hollywood tragedy. So many people struggle with their own sense of identity, sexuality and all the many other identities that were foisted on us as we developed and grew up in this world. It's wonderful to know this story of struggle, but someone who did his best to be good to himself and everyone else in his life, while working to attain his goals. So glad he found a true soulmate human to live out the last part of his life.
2 people found this helpful

Pet RocReviewed in the United States on June 24, 2022
5.0 out of 5 stars
A little piece of LGBTQ+ History in Hollywood
Verified purchase
I watched this documentary a few years back and decided to purchase it. It's a fascinating history of Tab Hunter in Hollywood at a time when Gay actors had to try to hide their true selves. The documentary basically goes through his entire history acting in Hollywood to his retirement. A few years later Tab Hunter passed away and I am so glad he did this Documentary. It is was really good hearing his trails and tribulation from his own mouth. I recommend this Documentary to anyone interested into Hollywood history.
One person found this helpful

lemonhazeReviewed in the United States on July 4, 2022
4.0 out of 5 stars
- entertaining -
Verified purchase
- had no idea Hunter had a recording gig too! - happy Amazon has this on file -
2 people found this helpful

raeReviewed in the United States on July 29, 2022
5.0 out of 5 stars
surprisingly beautiful
Verified purchase
I loved it , Glad for Tab
One person found this helpful

Darin SReviewed in the United States on May 19, 2022
5.0 out of 5 stars
Fantastic Documentary
Verified purchase
He did a great job in life finding a way to exist happily in a society that wasn't so kind to him in many cases - simply due to the way he was wired.

R. GarciaReviewed in the United States on June 16, 2022
5.0 out of 5 stars
OMG! Awesome
Verified purchase
Very satisfied with the product. I'm a happy camper.

M. LeonReviewed in the United States on June 14, 2022
5.0 out of 5 stars
Excellent!
Verified purchase
So real and honest.
2 people found this helpful

Mark G. MaloyReviewed in the United States on May 8, 2016
5.0 out of 5 stars
A Documentary You Will Not Forget
Verified purchase
In this compelling documentary, based on his best-selling 2005 autobiography, Tab Hunter takes us on his life journey with humor, humility and an honesty that inspires. He is a unique bridge from old to present day Hollywood having worked with the greatest talents of the last 65 years. The river he crossed was often terrifying but he made it and cleverly shows us how.

This satisfies every type of viewer’s desires to learn about how someone can survive the myopic demands of Hollywood, endure the brutal temperatures of media fame and come out the other end a man of wit, character and dignity. "Tab Hunter Confidential" isn’t about secrets, it is the truth about a business, society and popular culture that wants only to idolize and profit from manufactured assumptions, assembly line expectations and a packaged persona. Tab Hunter was created by the Hollywood studio “Dream Factory” in its final years and filled the needs on screen for an escape into who we wanted to be, who we wanted to love and offer the happy endings we couldn’t always achieve. His movie performances went from ridiculous to riveting in a few short years. However, in all of his performances the viewer senses his vulnerability and desire to be believed, which he was. Whatever the project, he did his best to make it entertaining. He mastered his crafts and they were many as an actor, champion skater, best-selling singer and the love of his life, horses.

He didn’t do it alone and the pivotal relationships made and lost during his journey to become who he is are lovingly and tastefully shared here. This is no tawdry tell-all about Tab being gay, which is discussed in all its terrors of the times he's lived in. Instead, this is a layered look at how to be true to yourself no matter how many detours, roadblocks, slippery inclines or smooth highway our roads provide.

Tab Hunter would be happy to be forgotten and hates labels. He didn’t approach this willingly or with any motives other than to not let his life story be told by strangers through a lens of sensationalism. Luckily he had Allan Glaser, his partner of over 30 years who is a gifted producer and the type of Hollywood historian with the rare talent to insure that Tab’s story is told with the sensitivity and class it deserves. He thoroughly succeeded.


60 people found this helpful
See all reviews
Back to top
Get to Know Us
Make Money with Us
Amazon Payment Products
Let Us Help You
EnglishChoose a language for shopping. United StatesChoose a country/region for shopping.
© 1996-2022, Amazon.com, Inc. or its affiliates