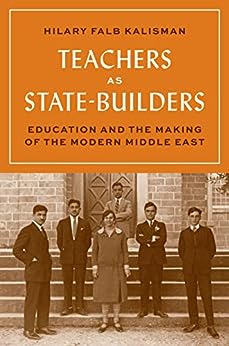 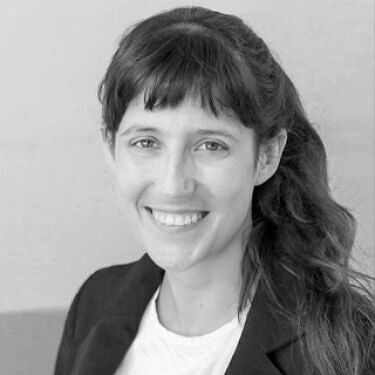 Teachers as State-Builders: Education and the Making of the Modern Middle East Kindle Edition

by Hilary Falb Kalisman (Author) Format: Kindle Edition
See all formats and editions
Sorry, there was a problem loading this page. Try again.

Today, it is hard to imagine a time and place when public school teachers were considered among the elite strata of society. But in the lands controlled by the Ottomans, and then by the British in the early and mid-twentieth century, teachers were key players in government and leading formulators of ideologies. Drawing on archival research and oral histories, Teachers as State-Builders brings to light educators’ outsized role in shaping the politics of the modern Middle East.

Hilary Falb Kalisman tells the story of the few young Arab men—and fewer young Arab women—who were lucky enough to teach public school in the territories that became Iraq, Jordan, and Palestine/Israel. Crossing Ottoman provincial and, later, Mandate and national borders for work and study, these educators were advantageously positioned to assume mid- and even high-level administrative positions in multiple government bureaucracies. All told, over one-third of the prime ministers who served in Iraq from the 1950s through the 1960s, and in Jordan from the 1940s through the early 1970s, were former public school teachers—a trend that changed only when independence, occupation, and mass education degraded the status of teaching.

The first history of education across Britain’s Middle Eastern Mandates, this transnational study reframes our understanding of the profession of teaching, the connections between public education and nationalism, and the fluid politics of the interwar Middle East.

“Teachers as State-Builders is a brilliant, rich, and sophisticated regional and national history of education in the British colonial mandates of Iraq, Palestine and Transjordan. It challenges the temporal divisions in Middle Eastern history and locates the continuities and changes in the transitions between the Ottoman, colonial, and national periods.”―Abigail Jacobson, author of From Empire to Empire: Jerusalem between Ottoman and British Rule

“This is an important book. Interweaving informative context and biographical accounts, Kalisman offers a compelling argument explaining how the revolutionary, idealist phase of Arab nationalism gave way so easily to the hardened bureaucratic states of the Arab nationalist rulers in the second half of the twentieth century.”―Peter Wien, author of Arab Nationalism: The Politics of History and Culture in the Modern Middle East --This text refers to the hardcover edition.

Hilary Falb Kalisman is assistant professor of history and the Endowed Professor of Israel/Palestine Studies in the Program in Jewish Studies at the University of Colorado Boulder. --This text refers to the hardcover edition.

She has recently begun a new project on the political history of standardized testing in the Middle East.

Josephine
5.0 out of 5 stars Great Book
Reviewed in the United States 🇺🇸 on November 17, 2022
Verified Purchase
Super informative and interesting to read. Really loved it.
Read more
Helpful
Report abuse
See all reviews
Report an issue
Does this item contain inappropriate content?
Report
Do you believe that this item violates a copyright?
Report
Does this item contain quality or formatting issues?
Report