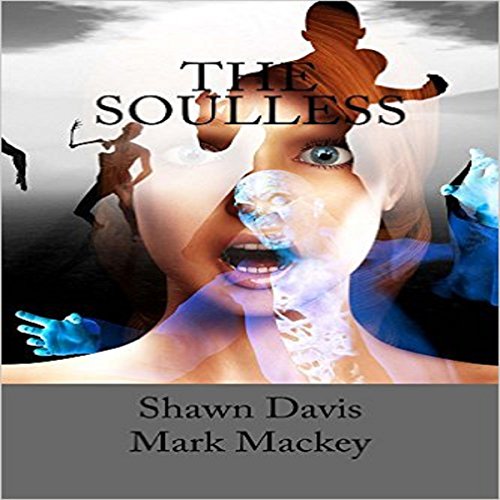 Tim Burchett and Amber Louise Forest never suspected they had boarded a cruise ship headed straight to Hell. They couldn't have been any more different. Tim was a former armored car driver laying low on the cruise ship after making off with half a million dollars of his employer's stolen cash. Amber was the successful CEO of a multi-million dollar publishing company taking a much needed vacation from her high-stress job. Neither one could have predicted that their cruise ship would be hijacked by terrorists. Neither one could have predicted that they would have to rely on each other to survive. But the terrorists are the least of their problems. After the cruise ship's controls are blasted and the ship is sent far off course, they find themselves shipwrecked on a remote Pacific island. On the island, Tim and Amber must survive outrageous terrors created by a twisted science that exceed a lunatic's most deranged nightmares.

Your audiobook is waiting!
Learn more about membership
List Price: $19.95
You Save: $2.49 (12%)
By completing your purchase, you agree to Audible’s Conditions Of Use
Sold and delivered by Audible, an Amazon company
Share

Scott Solomon
4.0 out of 5 stars Worth The Read!!!
Reviewed in the United States 🇺🇸 on June 4, 2015
Verified Purchase
This was a good book. Fun read and kept my attention the entire time. Very creative monsters too. Don't want to give away too much.
Definitely worth reading...
Read more
One person found this helpful
Helpful
Report abuse

Lisa
5.0 out of 5 stars Fast-paced horror adventure!
Reviewed in the United States 🇺🇸 on July 17, 2015
Amber and Tim don't know each other when they embark a well-needed vacation on the ill-fated cruise ship. But as a series of bad and unfortunate circumstances unfold, they find themselves allies in what turns out to be a battle for their lives as well as lives for others.

The Soulless is a fast-paced, adventurous novel with lots of twists and turns. It is written in third person, mostly from Amber's or Tim's viewpoints but sometimes from other characters too. Because of this, the reader gets to experience the warped mind of the antagonists. Oh and there is more than one, which only adds to the suspense.

There are lots of horror-type creatures. The scientific reasoning behind their exists makes them believable...and scary and deadly.

Note: I received this book from the author for an honest review.
Read more
One person found this helpful
Helpful
Report abuse