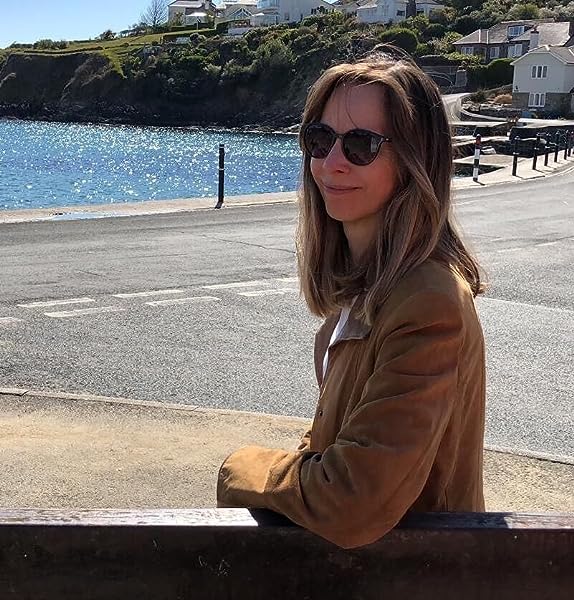 by Julie Sykes (Author), Lucy Truman (Illustrator)
4.9 out of 5 stars 925 ratings
Part of: Unicorn Academy (21 books)
See all formats and editions
Sorry, there was a problem loading this page. Try again.

What if your best friend was a unicorn? Chapter book readers are flocking to this magical series, where everyone is paired with their very own unicorn!

Imagine a school where you meet your own unicorn and have amazing adventures together! That's what happens for the girls at Unicorn Academy on beautiful Unicorn Island.

Isabel and Cloud are finding it hard to get along. Isabel is adventurous and Cloud is more cautious and (Isabel thinks) dull. But when they go off on a thrilling adventure along the coast of Unicorn Island, the two become best friends in the face of terrible danger!

The Unicorn Academy series is filled with special friendships! Which adventure will you read next? Be sure to read all the books in this magical series!

As a child, Julie Sykes was always telling tales. She still loves stories and has written many books. Julie lives in England in an old cottage with her family and a white wolf disguised as a dog. When she's not writing, she likes eating cake, reading, and walking, often at the same time. Visit her at juliesykes.co.uk.

Since graduating from Loughborough University with a degree in illustration,
Lucy Truman has become one of the UK's leading commercial illustrators. Her inspiration often comes from the very funny little people in her own life, including family holidays with her nephew as well as her own children. Visit her at lucytruman.com.

“Try again.” Isabel pointed at the bundle of twigs surrounded by stones. “You can do this, Cloud. And think what fun it would be to make a fire.”

Cloud nuzzled her. “Okay, Isabel, I’ll try again for you. But I’m almost certain that I don’t have fire magic.”

It was lunchtime at Unicorn Academy, and most students and their unicorns were lazing around together on the banks of Sparkle Lake, enjoying the summer sunshine. Isabel and her unicorn, Cloud, had sneaked away to a quieter part of the grounds.

“You don’t know for sure.” Isabel stroked Cloud’s neck, tracing the pale-blue swirls on his white coat.

All the unicorns on Unicorn Island were born with a special magic power, although they couldn’t be sure when that power would be revealed. Isabel was desperate for Cloud to discover his magic.

Please let Cloud be like Blaze and have fire magic, she thought.

Blaze, Scarlett’s unicorn, had been one of the first unicorns to discover her magic. Isabel was happy for Scarlett, her best friend, but she secretly hated the fact that Blaze had discovered her magic before Cloud.

Cloud stared intently at the pile of sticks. He lifted a hoof and struck the ground.
“Again!” instructed Isabel. “Do it again, harder. I’m sure there was a spark.”

Cloud rapped the ground repeatedly. The noise made Isabel’s ears ring, and the dusty earth made Cloud sneeze.

Isabel heaved a sigh. “Okay, well, maybe fire magic isn’t your thing. Why don’t you try turning invisible again? I’m sure the tip of your ear vanished the last time you tried.”

Cloud shook his head. “No, it didn’t, and I think we should stop. My parents told me that magic can’t be rushed. We both need to be patient.”

Isabel buried her face in his silver-and-blue mane, trying to hide the frustration inside her. Cloud was lovely, he was sweet and kind, but Isabel couldn’t help wondering if Ms. Primrose, the academy’s head teacher, had made a mistake when she put them together. Ms. Primrose said that she paired students with the best unicorn for them, but patient Cloud wasn’t anything like competitive Isabel.

Is he really the right unicorn for me? she thought. Surely I should have a lively, more adventurous unicorn like Blaze.

Like all the other first years, Isabel was ten years old and had started at Unicorn Academy back in January. The students spent at least a year at the school, getting to know their own special unicorn and learning how to become guardians of Unicorn Island. Their beautiful island was nourished by the magical multicolored water that flowed from the center of the earth and out through a fountain in Sparkle Lake in the grounds of Unicorn Academy. The water was then carried around the island by rivers and streams, and its magical properties helped people, animals, and plants to flourish.

Most students and unicorns only spent a year at Unicorn Academy, but some stayed longer. Ms. Primrose called them the lucky ones because they got extra time at the academy while their unicorns discovered their magic or bonded with their student. When a unicorn and student bonded, a lock of the student’s hair turned the same color as their unicorn’s mane.

“Okay,” said Isabel, vaulting onto his back.

She really hoped Cloud would discover his magic soon. She didn’t think she could bear staying at Unicorn Academy another year, after all her friends had left!

They set off for Sparkle Lake. Isabel shaded her eyes from the dazzling sunshine as they drew nearer. She could see her friends from Sapphire dorm sitting exactly where she’d left them. The group was talking in whispers, casting glances at Sparkle Lake. Isabel had a feeling she knew what they were talking about.

“Someone’s definitely trying to cause trouble,” said Sophia as she threaded daisies together in a long chain. “Too many bad things have happened for it to be a coincidence.” Sophia pushed her hair back over her shoulder. “There was the time the lake was polluted and the time when it froze over—”

Julie Sykes is an award winning author of over one hundred books for children. She loves to collaborate with other writers, especially her magical friend, Linda Chapman. Julie lives in the UK with her family and their pet wolf.

Julie also writes as Summer Waters and Skye Waters. You can find out more about her at www.juliesykes.co.uk

Michelle Royal
5.0 out of 5 stars Michelle
Reviewed in the United States 🇺🇸 on April 25, 2022
Verified Purchase
I like the part when isabel found out about the rain seeds and I felt calming her isabel it was funny
Read more
Helpful
Report abuse

L. House
5.0 out of 5 stars 8 year old granddaughter approved
Reviewed in the United States 🇺🇸 on February 18, 2021
Verified Purchase
My 8 year old granddaughter loves this series! She is pretty creative but can’t read just any story with out it causing dreams. The plot is enough to keep her fascination but not cause a negative impact on sleep.
Read more
2 people found this helpful
Helpful
Report abuse

Amazon Customer
5.0 out of 5 stars Loved it!
Reviewed in the United States 🇺🇸 on November 21, 2020
Verified Purchase
My 8 yo absolutely loved it, getting more in this series and would buy as a gift for her friends too
Read more
Helpful
Report abuse

BD1128
5.0 out of 5 stars Great chapter book for 6 year old!!
Reviewed in the United States 🇺🇸 on May 31, 2020
Verified Purchase
My 6 year old daughter just started enjoying chapter books. I’ve been reading her one chapter each night before bed. She absolutely LOVES this series!! Highly recommend it!!
Read more
One person found this helpful
Helpful
Report abuse

Amanda N Bays
5.0 out of 5 stars Cute Series
Reviewed in the United States 🇺🇸 on November 24, 2019
Verified Purchase
My 8 year old twins love this series. It got them into chapter books.
Read more
One person found this helpful
Helpful
Report abuse
See all reviews

tom
4.0 out of 5 stars they liked it
Reviewed in Canada 🇨🇦 on March 23, 2022
Verified Purchase
anything that keeps them reading
Read more
Report abuse
See all reviews