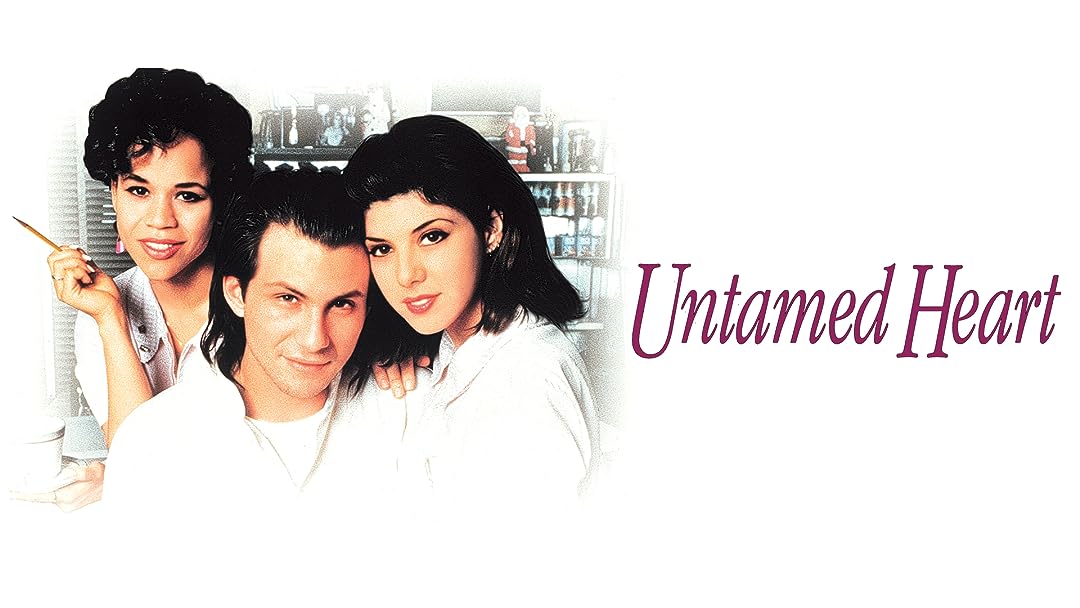 This video is currently unavailable
to watch in your location
Add to
Watchlist
By ordering or viewing, you agree to our Terms. Sold by Amazon.com Services LLC.
Write review

Mike Reviewed in the United States on March 9, 2019
5.0 out of 5 stars
Nice Upgrade From DVD!
Verified purchase
Very happy with the quality of this Blu-Ray. I'm a Christian Slater fan and I have always liked this movie. When I saw it was coming out on Blu-ray, I decided to upgrade. The picture itself is much sharper than the DVD. They cleaned up all the dust and debris that is very present in the original DVD release, so the picture is much cleaner. The colors are more vibrant, and it's all around better picture. This film came out in 1993, so I know as with all older films, unless it's a big budget studio release, there is only so much restoration that is going to be done. The audio is 2.0 and is nothing spectacular, but the sound is good. Kino Lorber is the company that has issued this. They are a smaller company who licenses their releases from the bigger studios. They have done a pretty good job on several Blu-Ray titles I own that are films from the 80's and the 90's, which most likely wouldn't get a Blu-Ray release from the major studio who owns them. They did a good job on this!
14 people found this helpful

Tere SanzReviewed in the United States on June 20, 2019
5.0 out of 5 stars
Watched on Prime and Loved it all over again
Verified purchase
This movie, I remember making an impact on me the first time I watched it, back in the 90's. I was wishing I could watch it again since it's been such a long time. Luckily, I stumbled upon it on prime and watched. Oh my, did it bring me to tears once again. Such a beautiful movie!! I don't know about the dvd version, and I cannot remember if what I watched on prime is edited or not, but it seems to me, as far as I can remember that it is the unedited version. Funny how you can remember the lines of a movie after such a long time. I suppose that is the kind of impact it made on me. Watching it again was amazing. If you are thinking about watching this movie, and perhaps hesitating because it is at least 25 years old, think again. Watch it. You will not be disappointed.
10 people found this helpful

James Wildlyfer Reviewed in the United States on August 17, 2021
5.0 out of 5 stars
Will This Be Available To Buy On Prime Video?
Verified purchase
Please allow customers to purchase on Prime Video.
On a personal note, I love the character Caroline's hairstyle and would love for my girlfriend to style her hair that way. Plus, it looks easy to brush but she refuses to cut her long hair. Oh well. At least I finally got her thinking of going with me to see hockey games. Crossing fingers.
Anyway, she loved this movie but hates the ending. But here's the thing, we're the older generation and Untamed Heart's Jim's Diner brings back wonderful memories of our youthful dates together. Quite unlike McDonald's. Smh. We really miss the Mom and Pop stores of all kinds. Now it's all Wal-Marts and McDonald's and nothing against Panera Breads, but they try to hurry you up and finish your hard earned meals.
Thanks for listening to an old man's memories. Wiping a tear.

SWReviewed in the United States on August 12, 2022
3.0 out of 5 stars
It was OK
Verified purchase
I love the cast, love the setting, love the idea. The actual outcome was OK.

I needed something to watch late at night while I finished up some extra work, so I wasn't going in thinking I was gonna watch the best movie ever, but because of the cast and reviews I was expecting a little bit more.
The writing wasn't bad, and the pacing was slow at times, but that I can forgive (I actually like slower paced movies) it was the dialogue.
I mean, come on, Christian Slater can't even get some of those lines out without sounding stilted. I actually preferred the first half of the movie to the second half, specifically because Marissa Tomei's character did all the talking (Adam doesn't speak much). Don't get me wrong, the dialogue for everybody was bad, he just couldn't pull it off as well as Rosie and Marissa.
Overall, it was great to play in the background, but man oh man I would not have been able to get through this movie if I hadn't been mostly preoccupied with work.

*WARNING SPOILERS*
Oh and don't get me STARTED on the scene where Adam saves Caroline. OHMYGOSH it sucked. I understand that they wanted us to feel the danger and suspense (which as a woman, I felt when they first pulled up in their car) and they wanted Caroline to have a reason to get close to Adam but MAN I wish they had done it in any other way. They could've just had her get mugged or something, but no they had to go down the SA route, which is fine, if they had done a better job with it. The scene dragged on WAAY to long and Adam almost comes to late! I had to sit through that!! That scene gets -1000000/5 stars.
Also, everyone kept acting like Adam was such a catch, but he literally BREAKS INTO HER HOUSE at some point in the movie (and then alludes to doing that all the time). He was sweet, but creepy is all I'm saying.

Amazon CustomerReviewed in the United States on September 24, 2022
5.0 out of 5 stars
charming vehicle for tomei to show her chops
Verified purchase
Sweet little tale about two lost souls finding each other. Tomei is always very appealing in her roles and this is no exception, where she plays a young lady searching for love. (of course, it is hard to believe guys would drop her, but there you are) and slater plays a more complicated history. A little confusing: is he mentally delayed? Or just socially retarded? Why does he refuse to talk most of the time? But anyway, he is a good and kind soul, who has been secretly in love with tomei for a long time. The ending is a little predictable, but heartbreaking all the same. The two are cast perfectly, as is perez as tomei’s best friend and confidante. Charming little film, despite some of the hollywood plot devices.

Amazon CustomerReviewed in the United States on June 14, 2019
4.0 out of 5 stars
Can't get any more 90's than this.
Verified purchase
I'm a teenager of the 90's, and female, so I'm going to give this movie great reviews. Yeah, there's movies with better acting and directing but I didn't click on this movie looking for an oscar worthy drama. There is so many little things that we did in the 90's that's baked into this movie. Constant flashbacks. Love Marissa Tome and Christian Slater. So yeah, I loved this movie. It was good. A different premise. I wouldn't make my husband sit through it, though.
6 people found this helpful

joel wingReviewed in the United States on March 20, 2021
4.0 out of 5 stars
It's an unconventional love story
Verified purchase
Untamed Heart is an unconventional love story between Christian Slater and Melissa Tomei. That’s because Slater is not only a bit of an odd ball, he’s a stalker, and there’s rape and violence thrown in as well. As you can tell the story goes in all kinds of unexpected directions. That’s the draw of the film because it’s not a regular romance, but much more.
3 people found this helpful

Luvts4evrReviewed in the United States on August 27, 2022
5.0 out of 5 stars
Beautiful
Verified purchase
I loved this movie. The best from Christian Slater, Marisa Tomei and Rosie Perez. That love can cross so many barriers and heal is prominent throughout. The ending was sad even though predictable. But the viewer knew Adam finally felt peace and Caroline could go on with life as knew had finally experienced real love. Very well written from beginning to end. Gomez is the perfect Cindy that some of us have been fortunate to encounter during our lives. Tough yet the ever constant friend. Don't miss this one. Makes up for a few movies that prime offers.
See all reviews
Back to top
Get to Know Us
Make Money with Us
Amazon Payment Products
Let Us Help You
EnglishChoose a language for shopping. United StatesChoose a country/region for shopping.
© 1996-2022, Amazon.com, Inc. or its affiliates