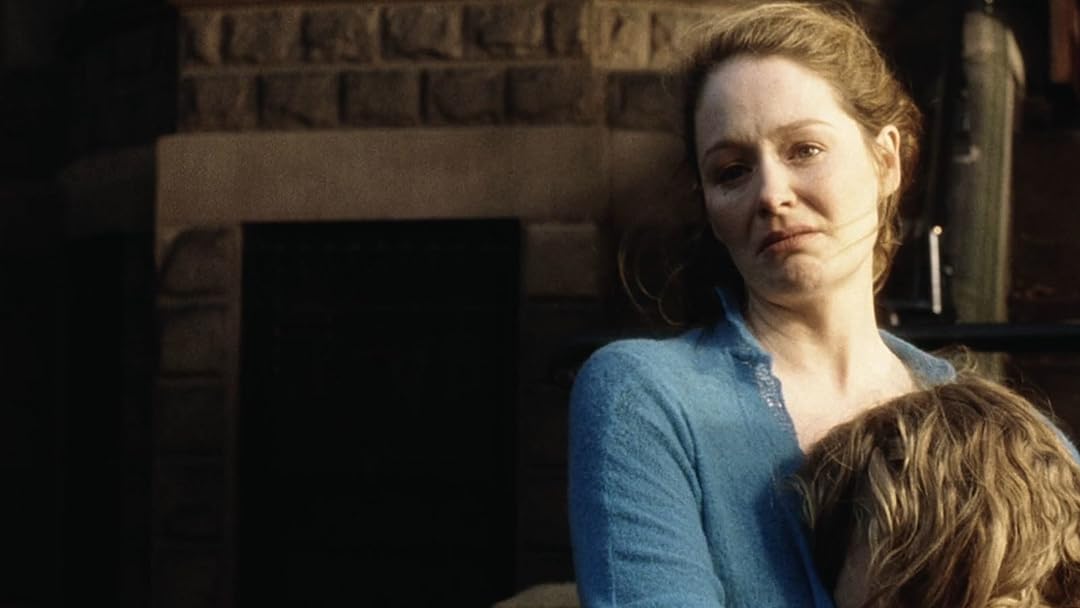 (15,171)
6.51 h 56 min2005X-RayHDRUHDPG-13
A contemporary retelling of H.G.Wells‘ classic, the sci-fi thriller reveals the extraordinary battle for the future of humankind through the eyes of one American family.

Included with Paramount+ on Amazon for $9.99/month after trial

Watch with Paramount+
Start your 7-day free trial
Add to
Watchlist
By ordering or viewing, you agree to our Terms. Sold by Amazon.com Services LLC.
Write review

Dr. D123Reviewed in the United States on July 14, 2020
5.0 out of 5 stars
4K Version is Noticeably Better than 1080 Version
Verified purchase
Please Note: My review and ratings are based on the quality of the new 4K version of this film--images, sound, and extras and how these compare to the previously-released Blu-ray version of the film. I am not rating the acting, direction, set design, etc. which can be found in other places, but instead I am helping you decide to upgrade to 4K or not.

The quality of 4K films, in comparison to the regular Blu-ray version, often depends upon two things: (1) the quality of the original that they have to work with; and (2) how much effort they put into the project. Here there must have started with either the original film or a first-generation print of it.

There is a noticeable upgrade from the regular Blu-ray version to the 4K version. I did a side-by-side comparison of both films and you will notice improvements in the quality of the 4K version--more details, sharper images throughout, improved resolution, and better color saturation. You will notice the improvements most in outdoor, daylight scenes and less so in night-time scenes. There are no glitches in the print--no "snow," spots, or lines. It is a very good image. That's been true of all Spielberg films in 4K, even the oldest ones such as Jaws and Close Encounters of the Third Kind.

Most importantly, there are no problems with HDR, a common problem in 4K films. HDR makes the contrast sharper, by making dark colors darker and light colors lighter. This has worked well for some films and not well for other film. The most common complaint for HDR when it is bad is that the scenes are too dark in the 4K version of the film, particularly night-time scenes (Skyfall, Spectre, & Van Helsing all suffer from this). Happily no HDR problems here. Everything looks good, including the night-time scenes.

The 7.1 audio is excellent and a great improvement from the regular Blu-Ray version. You will particularly notice this with the sound-effect sounds made by the alien transporters. Several special features are included as well.

This is an excellent film in 4K and is worth upgrading to if you already own the regular Blu-ray version.

catbyteReviewed in the United States on January 20, 2018
3.0 out of 5 stars
Bratty, sullen kids vs. the aliens
Verified purchase
The movie would've been a lot more suspenseful and I would've been more emotionally invested in it if either one of Ray's kids had been the least bit likable. The sullen, disrespectful son who, for some unknown reason just had to fight the aliens,was the worst of them. The daughter was a bratty, shrieking little kid who said things like she didn't want to sleep in the basement because she "had back problems." Yeah, all 10 year-olds have that complaint. The siblings were supposed to be so close but he didn't hesitate to drop her like a bad habit.halfway though the film. The non-relationship between father and son for the entire movie made the ending just that much more unbelievable. Meh.
79 people found this helpful

The BalanceReviewed in the United States on November 22, 2019
1.0 out of 5 stars
War of the Bad Parent
Verified purchase
Obnoxious children completely ruining a movie for no reason other than to deter potential parents from having children. Watch Tom Shoes completely fail to be useful in any capacity while simultaneously hoping his children get poofed into dust by the aliens for being the two most aggravating characters from this century.
42 people found this helpful

JJCEOReviewed in the United States on September 10, 2017
5.0 out of 5 stars
Good film and good quality on the Blu-ray Disc.
Verified purchase
I have always loved this H.G.Wells story since I was very young. I believe that I read it almost 58 years ago. It had the right mixture of science, aliens, military conquest and horror in the story.

I already owned this movie in DVD format but I purchased it on Blu-ray for the added video and audio quality. This film has great special effects. For $2 I was able download and own a digital HDX version of the film also. I streamed the film to my digital projector onto a 12 foot diagonal screen and the quality was just what I wanted.

This is a great story even though it was written in 1897. Tom Cruise did a good job acting in this film and as I said, I loved the special effects. I like this film and if you like Sci-Fi stories you have to watch this movie. I rated it at 5 stars.

If you like a movie with action you will love the scene with the ferry boat. It is amazing!
31 people found this helpful

James J. CoddingtonReviewed in the United States on June 11, 2018
5.0 out of 5 stars
One of the best horror movies of all time
Verified purchase
One of the best horror movies of all time. Highly underrated, it is a masterwork by Spielberg. Riveting, terrifying, and a great catharsis for 911. Having been present during 911 I can testify that this movie evoked intense, visceral reactions, similar to 911, but in a good and entertaining way that in some ways was like talking to a fellow victim of 911, someone who understands what that experience is like. Look, its not perfect and it has some so so moments, but those are overshadowed by the master craft that Spielberg brings to the table. Cathartic, entertaining and a wild ride. Get on.. if you dare.
23 people found this helpful

Hiwatt100Reviewed in the United States on October 27, 2020
1.0 out of 5 stars
4k review of a bad remake sorry I bought this in a moment of weakness.
Verified purchase
Numerous issues with this movie. First, no one likes to emerse themselves into a SiFi movie more than me. Using a 4K, 65 inch OLED screen. The movie has a visual softness to it, I don't care for and understand this was Speilbergs approved filming decision. True 4K upgrades can only be as good as the original source. OK. However after multiple viewings since it's first release, it becomes clear that this is just a bad movie. Snotty, bratty kids who only distract from the action. Bad screenplay writing, such as a massive commercial jet air crash, only covering a small area so the entire debris field can fit into close up filming of Tom Cruise. I understand the 250 dead bodies would be in poor taste, but why then the 100 dead bodies in the river floating by a child trying to urinate in the woods??? The unexplained mystery of how TC has the only functional vehicle on the Eastern Seaboard?? The minivan escape on the interstate was really unused highway footage from the opening credits for season 1 of the Walking Dead. The first massive rising of the underground hidden invaders, everybody first moving in for a better look. Really?? not seeking safety, then running but going nowhere. If a saw a 120 foot tall alien attack machine climb out of the street, right in front of me, I would be I a hurry looking for clean underwear.
How about the 1000 people trying to get on the Ferry boat, which, by the way, why is it running and no one still had a running car? Which brings me to the totallally inept military intervention scenes. Although unknown to them at the time, nothing they could do would work, but who the heck was in charge of that buffoonish attack (I thank them for their service) and why are the Hum Vs running but my Chevette is still DOA? At the end of the day, this is just a bad movie, poorly written, hard to follow, not much empathy for most if not all of the characters. I will say Tom Cruise always works hard, no matter the material, and Tim Robbins succeeds as will, which BTW , is not a walk on cameo. I realize now this movie is just not worth seeing again, much like the failure of the The Day the Earth Stood Still Keanu Reeves remake fails.
7 people found this helpful

joel wingReviewed in the United States on April 9, 2020
4.0 out of 5 stars
One of Spielberg's great action-adventure movies
Verified purchase
War of the Worlds featuring Tom Cruise was one of Steven Spielberg’s best action-adventure movies. It had two major plots to it. First, is obviously the alien invasion that attempts to at first wipe out most people and then turn them into a means to transform the planet. Second, is the family dynamic as Cruise as Ray Ferrier tries to keep his daughter played by Dakota Fanning and son played by Justin Chatwin alive and intact during the crisis. That’s easier said than done.
Ray’s family is set up right at the beginning. He’s divorced from his wife and only sees them every so often. The son completely ignores him, while the daughter appears laissez faire. Their relationship with Ray is only intensified when the aliens show up. He finds out that when the whole planet is being threatened the last thing you need is a son that doesn’t listen and a daughter he doesn’t understand. The family is also attacked from the outside by other people. One of the most dramatic times being when their van is assaulted by a mob who want the vehicle. People smash the windows, pull the kids out through the windows, and then guns are pulled out. I will say that Chatwin over acts many of his parts especially later on in the movie, and gets annoying.
That’s all nice but the real reason you come to watch War of the Worlds is the aliens. The effects for the aliens and what they do are spectacular. First, they come out of the ground in giant battleships that then attack the humans. Their appearance is one of the highlights of the movie as they are completely menacing. Another memorable scene is when some of the aliens attack a huge group of refugees attempting to cross a river on a boat. Needless to say panic and chaos sets in. Finally, it turns out the aliens have a plan for the surviving humans and the Earth. It’s a great twist to the story.
5 people found this helpful

Matthew D'SouzaReviewed in the United States on July 4, 2018
3.0 out of 5 stars
A Thrilling Take on Alien Invasion!
Verified purchase
Director Steven Spielberg thrusts Tom Cruise into fatherhood during an alien invasion. Spielberg comes up with endless cool shots, pans, and scenarios to scare the life out of the audience. Cruise is quite compelling as an unwilling father. Unfortunately the children are really annoying. Dakota Fanning is a good little actress, but her incessant screams are heinously overdone. The son played by Justin Chatwin is too stubborn to the point of being ridiculous. His whole character is unnecessary as we get Cruise has to be a dad just from Fanning's character.

The run time is a little long, the special effects are a bit dated, the practical effects look great, the writing is passable, the action is terrifying, the music is scary, and the movie is entertaining.

War of the Worlds is no Close Encounters of the Third Kind, E.T. the Extra-Terrestrial, or Minority Report, but it is still fun.
14 people found this helpful
See all reviews
Back to top
Get to Know Us
Make Money with Us
Amazon Payment Products
Let Us Help You
EnglishChoose a language for shopping. United StatesChoose a country/region for shopping.
© 1996-2022, Amazon.com, Inc. or its affiliates