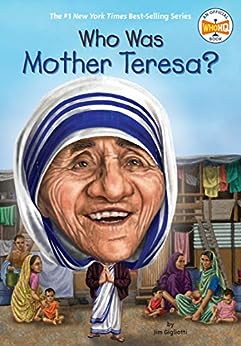 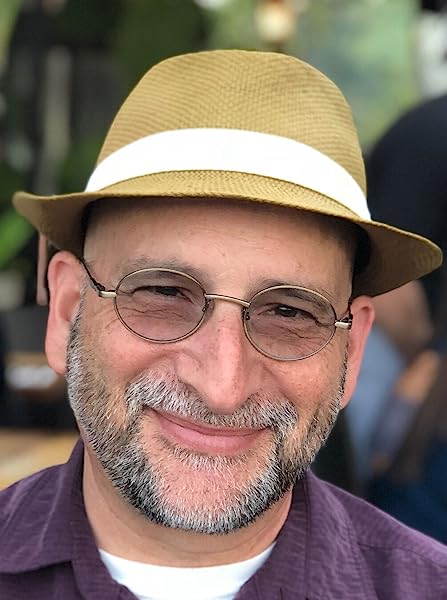 Who Was Mother Teresa? (Who Was?) Kindle Edition

by Jim Gigliotti (Author), Who HQ (Author), David Groff (Illustrator) & 0 more Format: Kindle Edition
Part of: Who Was? (213 books)
See all formats and editions
Sorry, there was a problem loading this page. Try again.
Born a humble girl in what is now Albania, Agnes Bojaxhiu lived a charitable life. She pledged herself to a religious order at the age of 18 and chose the name Sister Teresa, after the patron saint of missionaries. While teaching in India, where famine and violence had devastated the poor, Teresa shed her habit and walked the streets of Calcutta tending to the needs of the destitute. Her charity work soon expanded internationally, and her name remains synonymous with compassion and devotion to the poor.
Read more
Previous page
Next page

Next 2 for you in this series See full series
Total Price: $11.98
Books In This Series (213 Books)
Page 1 of 1Start OverPage 1 of 1
Previous page
Next page
Who Was?
Judith Bloom Fradin
Kindle Edition

Jim Gigliotti is a freelance writer based in Southern California. A former editor at the National Football League, he has written more than 50 books for all ages. His writing credits include biographies for young readers on Olympian Jesse Owens and baseball star Roberto Clemente. --This text refers to the paperback edition.

Mother Teresa stared out the window of the train as it made its way from the crowded city of Calcutta, India, to the mountain resort town of Darjeeling in September 1946.

The Indian countryside was very beautiful. But the train ride took many hours. With lots of twists and turns and zigzags to get up the mountain, the train moved slowly. That was okay, though. It gave Mother Teresa plenty of time to think.

Mother Teresa was traveling from St. Mary’s School for girls to her annual retreat in Darjeeling. A retreat is a good place to get away from the noise and distractions of everyday life, and to spend quiet time in prayer and reflection. It was the perfect time to think about God and to get energized for the coming school year.

--This text refers to the paperback edition.

After a career in sports information and publishing in which he worked for the University of Southern California, the Los Angeles Dodgers, and the National Football League, Jim Gigliotti became a freelance writer in 2000. Since then, he has written more than 100 books for adults and children, many of them on sports, but also on topics ranging from medieval knights to hurricanes to the polar regions. His most recent titles include several entries in the New York Times Best Selling Who Was? Children's Series from the Penguin Young Readers Group, including Who Was Mother Teresa?, Who Was Bruce Lee?, Who Was George Washington Carver?, and more.

Nancywppw
5.0 out of 5 stars So many interesting details about mother Teresa
Reviewed in the United States 🇺🇸 on November 9, 2022
Verified Purchase
I’ve been fascinated with mothers Teresa‘s life for at least 30 years. What an amazing woman she was! The author does a great job of describing her life and gives many interesting little-known facts about her and her family. I love all the books I have read in the who was series!
Read more
Helpful
Report abuse

Julissa Mosquito-Rekwest
5.0 out of 5 stars I love this book
Reviewed in the United States 🇺🇸 on May 3, 2020
Verified Purchase
I always knew who she was but this book gave me more info.
This book made me cry a little cause we complain alot about our lives but as u read this book u here about people who have serious injuries and suffer allot.
I recommend this book so u can learn about people who ( i dont know ) change the world. this is a really good book for kids so they can learn about history. I know there r some difficult words but u can use a dictionary or digital dictionary ( if u r using a kindle ) and u will learn new words too.
I hope u like this book as much as i do.

Nicholas V.
4.0 out of 5 stars Nice book for an 8 year old
Reviewed in the United States 🇺🇸 on February 1, 2016
Verified Purchase
Love these books. My son, who is 9 has been reading them for a little over a year now and this book is wonderful. I must say that this one is not one of his favorites. He is a history junkey, lol. He so far seems to love the Jackie Robinson, Teddy Roosevelt, Abraham Lincoln, Robert E Lee, What is the world series the best as a 8 and 9 year old.

I also read these to him in the evenings and I really enjoy them as a 40 year old father. I have learned so much from them as well. Sometimes I read them before or after my son in order to have an educated discussion with him about the subject of the book. I really also get alot out of them as well.
Read more
9 people found this helpful
Helpful
Report abuse

D.Sandoz
5.0 out of 5 stars Who was books are great
Reviewed in the United States 🇺🇸 on March 4, 2017
Verified Purchase
My son and I read these and despite being an easy read they are very informative. I let him choose books as long as he reads them. Then I read and we discuss. Really well written.
Read more
One person found this helpful
Helpful
Report abuse

Laura
5.0 out of 5 stars Leena loves these books
Reviewed in the United States 🇺🇸 on December 14, 2018
Verified Purchase
My granddaughter loves this series of books. I’ll be getting more.
Read more
2 people found this helpful
Helpful
Report abuse
See all reviews

ferret lover
5.0 out of 5 stars Five Stars
Reviewed in the United Kingdom 🇬🇧 on December 11, 2016
Verified Purchase
JUST LOVE THIS BOOK IT TELLS YOU SO MUCH ABOUT MOTHER TERESA YOU DID NOT KNOW BEFORE
Read more
Report abuse