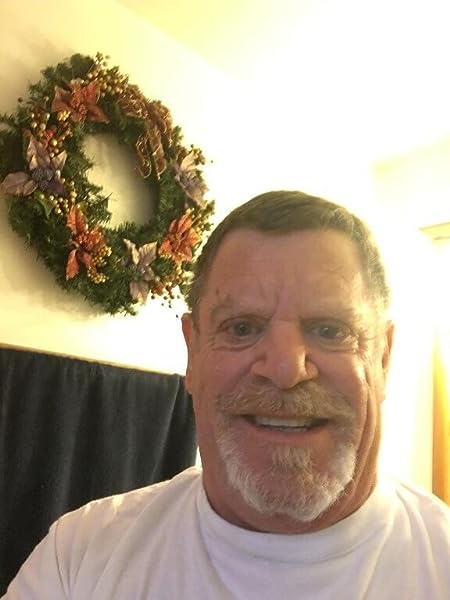 Women at War: Iraq, Afghanistan, and Other Conflicts Hardcover – January 1, 2006

by James E. Wise (Author), Scott Baron (Author)
3.9 out of 5 stars 19 ratings
See all formats and editions
Sorry, there was a problem loading this page. Try again.

Today, women in all U.S. military services are involved in the war in Iraq and Afghanistan. They serve as pilots and crewmen of assault helicopters, bombers, fighters, and transport planes, and are frequently engaged in firefights with enemy insurgents while guarding convoys, traveling in hostile territory. They perform pat down searches of Arab women at checkpoints, carry out military police duties, and serve aboard Navy and U.S. Coast Guard ships at sea. Like their male counterparts, they carry out their missions with determination and great courage. The advent of the insurgency war, which has no rear or front lines, has made the debate regarding women in combat irrelevant. In such a war zone anyone can be killed or injured at any moment.

The stories of these courageous women are told here by James E. Wise and Scott Baron, who use a format similar to the one employed with such success in the book Stars in Blue. The profiles of some thirty women and their photographs are included.

To record their stories, the authors conducted numerous personal interviews, and utilized numerous oral history interviews conducted by staff at The Womens Memorial, located in Arlington, Virginia. In every case Wise and Baron were struck by the womens extraordinary display of dedication to their mission and to the soldiers and sailors with whom they served. Because the service of women in the military has been under reported to date, most of the women profiled here will be unknown to readers and reveal another dimension to the service of women in the desert and the vital role they play in the armed forces. While the books focus is on todays women in combat, it also reaches back to Vietnam, Korea, and World War II to offer selected stories of inspiring women who served at the "cusp of the spear" as they fought and died for their country.

Total price:
To see our price, add these items to your cart.
One of these items ships sooner than the other.
Show details Hide details
Choose items to buy together.

James E. Wise Jr., a retired U.S. Navy captain and aviator, is the author or coauthor of many books, including U-505: The Final Journey. Scott Baron, a U.S. Army veteran of the Vietnam War, is coauthor with Wise of International Stars at War.

Neil G
4.0 out of 5 stars A very good insight from a different perspective.
Reviewed in the United States 🇺🇸 on March 18, 2015
Verified Purchase
A very good insight to what women at war have to go through. I am the Executive Director of Monroe Homes, Inc. a non-profit established to house homeless veterans by providing a home after their initial homeless shelter stay. This provides a transition from shelter rehabilitation to a home environment for either male only or a female only or family environment. Life skills and Job skills training is provided. So never having been a Women at War, or life in Iraq or Afghanistan, I have been ready as many books that I can to get a perspective. It is certainly different than returning back in the 70s.
Read more
Helpful
Report abuse

Marine Vet
3.0 out of 5 stars Interesting
Reviewed in the United States 🇺🇸 on June 2, 2021
Verified Purchase
As a female Marine, I’m always interested in reading accounts of women in combat during the war in Iraq and Afghanistan. This is a thorough account of women serving in those areas.
Read more
Helpful
Report abuse

George W. Newport
5.0 out of 5 stars Women At War
Reviewed in the United States 🇺🇸 on September 24, 2007
Verified Purchase
A very interesting book on womens role in our latest war with individual chapters devoted to individual women. I would put this book at recommended reading for most adults. It relates my experiences with the military to the women. It goes into how these women handle the experience of war and to cope with it. It also shows their relationships with fellow male soldiers and how they cope with a war time situation. The book covers how these women dealt the casualties in war.
Read more
9 people found this helpful
Helpful
Report abuse

David A. Herrington
3.0 out of 5 stars Kind of a let down even though the subject had great potential.
Reviewed in the United States 🇺🇸 on March 6, 2015
Verified Purchase
I really hoped it would have been more towards today's women in combat like the cultural teams that went out with the SF guys.
Read more
One person found this helpful
Helpful
Report abuse

Joel R.
4.0 out of 5 stars The tale of true heroes
Reviewed in the United States 🇺🇸 on April 22, 2008
In "Women at War: Iraq, Afghanistan, and other Conflicts", James Wise and Scott Baron record the individual stories of 30 women who are representative of the more than 2.5 million American women who have chosen the Profession of Arms.

"Women at War" focuses on the contributions of women from World War II through the ongoing operations in Southwest Asia (up to 2006). For the modern operations, the vignettes are the transcripts of personal interviews. However, for the fallen warriors due to both age and combat, we learn their tales as told through personal letters, award citations, or previous publications. Whatever the source, you can't help but be moved by their stories.

You will read the letter of the proud mother who sends her child to boot camp, only to hear her child's life came to a violent end due to an improvised explosive device attack. Conversely, you also read the personal recollections of the platoon leader who must be stoic to the Marines left behind after one of their comrades is killed in a separate bombing incident. There are also the tales of a Coast Guard skipper who prevented the mining of rivers in Iraq, and of the soldier who ran into a burning building to save Vietnamese children. The gender of these heroes is irrelevant - they are incredible stories that will be treasured by America's Next Greatest Generation.

After 17 years of continuous low- and high-intensity combat operations in Southwest Asia, it's surprising that not a single Airman or Sailor who served in the desert is featured in the book. The epilogue apologizes for intending to interview Lt Col Martha McSally who was the first female fighter squadron commander in combat. Unfortunately, the book went to print before the interviews were complete.

Compared to "Hell hath no Fury" by Rosalind Miles, this book is filled with more richly-detailed, personal accounts of the heroines. Also, this book focuses strictly on American women since World War II, and does not highlight any of the women's organizations featured in "Hell hath no Fury". Miles' book also spans a few centuries, vice the last 50 years in "Women at War". While this books is relatively narrow in focus, it certainly gives you a more intimate look at the contributions these women made to history.

As a complement to this book, I would also recommend two books from Air University Press documenting the personal histories of Airmen who executed Operations DESERT STORM and NOBLE ANVIL: "From the line in the Sand" and "A-10's over Kosovo".

This book is a page-turner. It is well-researched and features many photographs. Hopefully, Wise and Baron will publish a second edition to keep the tales of the female Airmen and Sailors alive too.